Peter Oliver told RT that Germany’s Chancellor Angela Merkel and Italy’s Prime Minister Mario Draghi have both flagged Sputnik V as a potential solution to their vaccine problems despite the Russian jab not being on the EU’s approved list. Mr Oliver added that there is a real fear of a third wave in Italy as intensive care beds start filling up.

Mr Oliver said: “German Chancellor Angela Merkel has been talking about vaccines, she was speaking after a summit between the federal government here in Berlin and the leaders of Germany 16 states.

“Vaccination is dominating those talks in fact local doctors here will start to be able to give out the jobs in Germany at the end from the end of April now.”

Ms Merkel said: “As far as the Russian vaccine is concerned I have held the view for some time that we should use each vaccine that is approved by the European Medicines Agency.

“But if no such European order were made and have seen no indication that it will be Germany would have to go it alone. 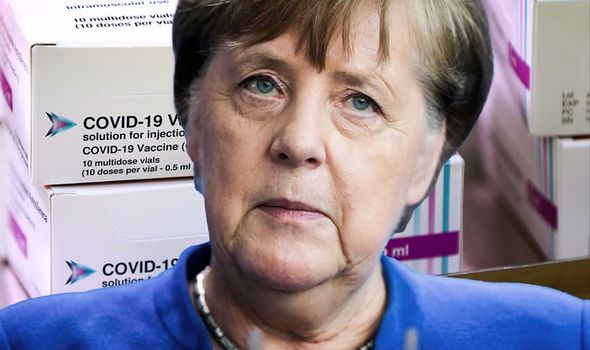 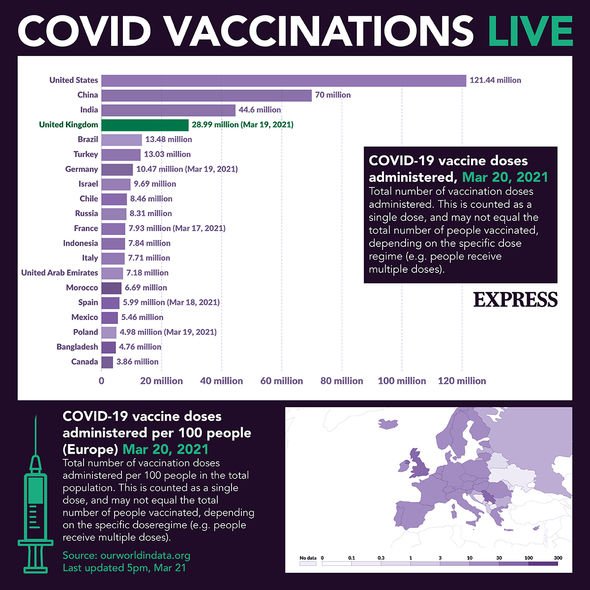 “That is a possibility and that’s what we would do.”

Mr Oliver said regarding Italy: “Mario Draghi has not been long in the job as Italian Prime Minister but he’s already leading a country that’s got an uneasy sense of deja vu at the moment when it comes to COVID-19.

“It was just over a year ago that Italy was at the very tip of the spear when it came to the coronavirus arriving in Europe and now we’re seeing intensive care beds in Italy filling up at an alarming rate as fears of the third wave have become reality.

“Mario Draghi has said that he will operate and act outside of the EU’s one for all and all-for-one procurement programme if it gets what Italy needs.”

“If European coordination, especially in healthcare, does not work we have to be ready to act on our own and it’s not only me saying this Chancellor Merkel told me that if the European Medicines Agency certifies Sputnik V then ok but if it does not Germany will do so itself.

“This is normal pragmatism we have to work on the basis of European unity but if it’s not achieved we have to try other ways.”

On Thursday, a former Prime Minister of Finland told the BBC that the European Union is stuck in a “vicious cycle” of blame regarding the shortage in coronavirus vaccines. 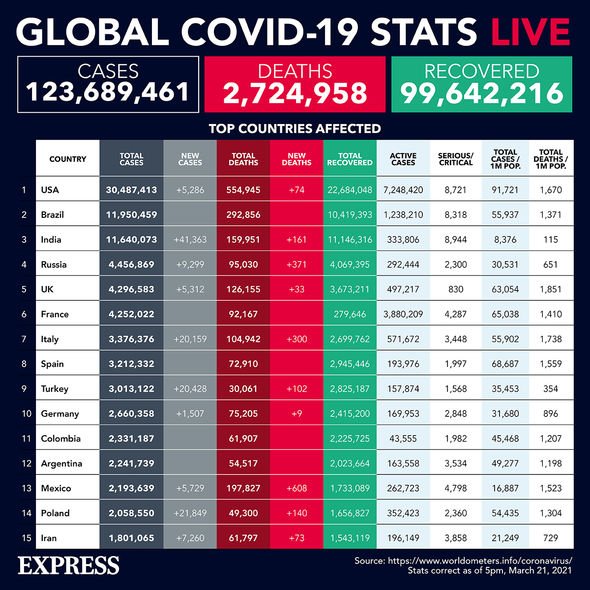 Alexander Stubb told the BBC’s Today Programme that 40 percent of the vaccines the European Union has secured have been left in storage.

“Basically, the situation from as far as I can gather from the statistics is that roughly 40 percent of the vaccines procured are now laying around in various storage in European member states so I think it is essentially a problem of Governance.

“The United Kingdom has been very good at rolling out the vaccine as has the United States.

“But we are in this vicious cycle of a blame game, the member states blame Brussels, Brussels blames private companies and the UK blames Brussels as well.”

(Reuters) – The United States’ economy would be growing at a pace near 4% if wasn’t for the lingering effect of Federal Reserve rate hikes, President Donald Trump told CNBC in an interview on Wednesday. “Now, with all of that, had we not done the big raise on interest, I think we would have been […]

Some 52 dolphins have been slaughtered in the Faroe Islands less than two weeks after the killing of a record 1,428. WARNING: This article contains graphic images some may find distressing. The pilot whales were initially intended to be marked and released as part of a scientific research programme, but the islands’ Natural History Museum said […]

Ten Companies From the Designers Hub to Receive $150,000 in Funding

Toyota Led on Clean Cars. Now Critics Say It Works to Delay Them.