The activists were protesting against tough measures which have been in place across the country since late January. They have banned gatherings of more than two people, shut restaurants and bars and introduced the first night-time curfew since World War 2.

Initially officers told people to go home after they gathered at The Hague on Sunday and announced over loudspeakers that the event was over.

But when protesters refused to leave, and flouted social distancing rules, the authorities stepped in and broke it up forcefully.

Local media said several arrests were made during the clashes. There were no immediate reports of injuries.

Dutch authorities tried to stop people travelling to the event by cancelling train services to the Netherlands’ administrative centre. 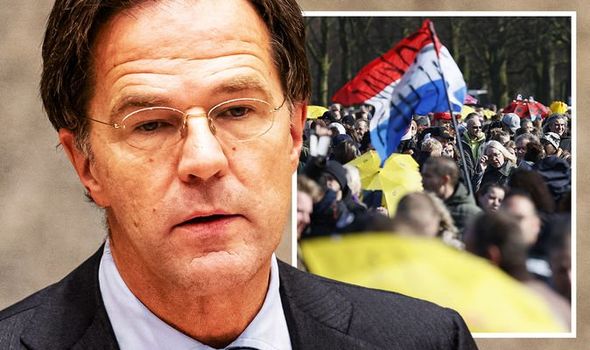 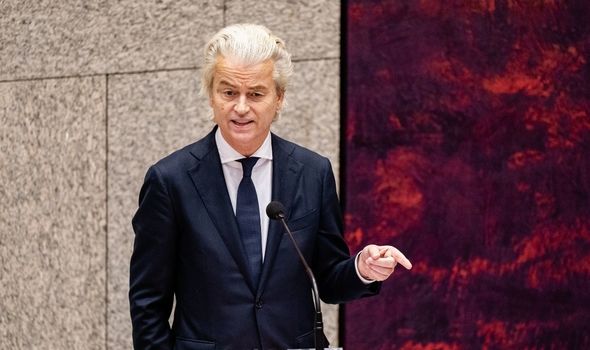 But thousands still arrived to protest against the perceived unnecessary curbs on their liberty.

Many in the crowd also held yellow umbrellas in a show of opposition and chanted “love, freedom, stop dictatorship”.

One demonstrator had a pair of socks with a photo of Prime Minister Mark Rutte’s head stuck in the middle and a sign saying: “If you love the Netherlands, vote them out.” 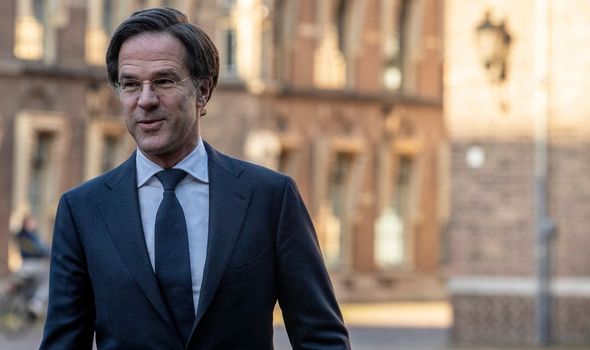 Polling shows that a majority of voters reluctantly support the lockdown, given the country’s high coronavirus infection rate.

But the curfew, which has been extended until the end of March, prompted several days of rioting across the country when it was first imposed on January 23.

In recent weeks, smaller demonstrations have happened in Amsterdam, with riot police repeatedly called in to shepherd away protesters who refuse to leave.

They reflect a growing impatience among a small section of society at the lockdown that wants the economy to reopen. 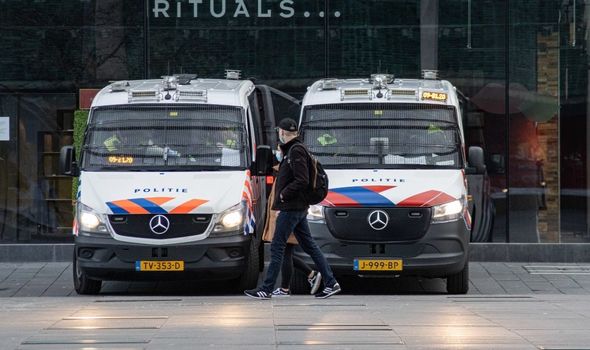 But far-right candidate Geert Wilders is predicted to come second in a huge climb from just five seats in Parliament to a whopping 20.

According to Politico’s latest poll of polls, which amalgamates all well-conducted polls on a specific topic to a single estimate, the PVV leader will gain 13 percent of the votes, sending shockwaves to the incumbent Mr Rutte. 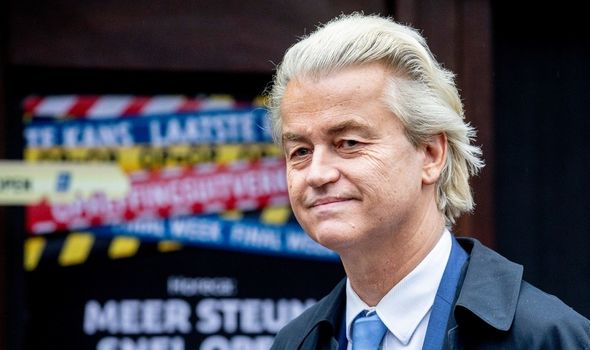 Mr Rutte, who has been the caretaker Prime Minister of the Netherlands since the Government quit in January after a subsidies scandal, is still heading the polls with 25 percent of the vote.

This will allow him to get up to 40 seats in Parliament but he will still be left in need of a coalition partner.

In a bid to dismiss Mr Rutte’s current popularity, the far-right leader told AFP: “The current government is rather popular now, at least the prime minister is, but then again in a time of crisis, people tend to rally around the flag.”

By Pamela Barbaglia, Greg Roumeliotis and Maya Nikolaeva LONDON/NEW YORK/PARIS (Reuters) – U.S. boutique investment bank Centerview has found an office in the heart of Paris and is hiring senior bankers to establish a second European hub as Brexit looms, three sources told Reuters. Centerview, which already has an office in London’s Mayfair, has rented […]

The Philippines has taken the gloves off in its dispute with Beijing over the South China Sea, with its top diplomat dropping the F-bomb as he demanded the withdrawal of Chinese vessels near the Scarborough Shoal. Foreign Secretary Teodoro Locsin Jnr took to Twitter, calling China an “ugly oaf” and demanding it “get the f*** […]

We will use your email address only for sending you newsletters. Please see our Privacy Notice for details of your data protection rights. Brave Anika Craney, 29, suffered severe leg injuries in the shock incident while working on a documentary about the beasts off the far north coast of Queensland, Australia. Footage shows her also […]

This is another News Portal > World News > UK snow forecast: Britons to see up to 13cm TOMORROW as cold weather batters country