He said the Government had asked the public-sector salary watchdog to look again at the pay offer. “We owe a massive debt as a society, and I do personally, to the nurses of our NHS. That is why we have asked the public sector pay review body, exceptionally, to look at their pay,” said the Prime Minister who was treated in intensive care at London’s St Thomas’ Hospital for a severe Covid infection last year.

Ministers faced an outcry last week when the 1 percent pay offer to nurses was announced. 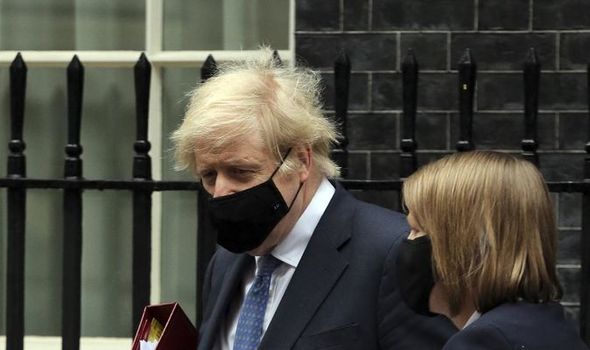 Sir Keir drew comparisons between the pay offer to nurses and a bumper salary hike given to his senior Downing Street aide Dominic Cummings last year.

Mr Cummings has since left Number 10.

“Who does the Prime Minister think deserves a pay rise more – an NHS nurse or Dominic Cummings?” the opposition leader said.

“He could afford to give Dominic Cummings a 40 percent pay rise. He could afford that; now, he is asking NHS nurses to take a real-terms pay cut. How on earth does he justify that?” 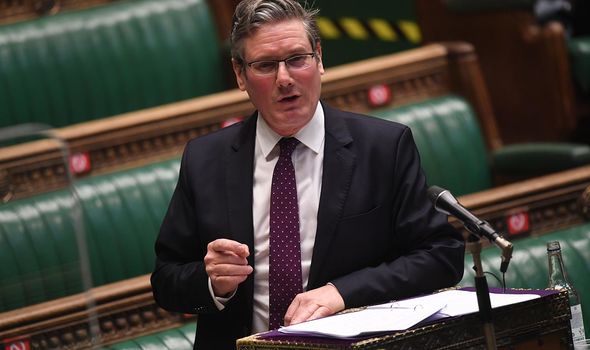 Sir Keir added: “A 1 percent rise versus 1.7 percent inflation rise, that is a real-terms cut, and if the Prime Minister doesn’t understand that, we really are in trouble.”

Mr Johnson insisted the Government would take advice from the Public-Sector Pay Review on the issue while pointing out that nurses could be treated “exceptionally”.

“We will look at what the independent pay review body has to say, exceptionally, about the nursing profession, whom we particularly value,” he told MPs.

Defending the Government’s record on funding the NHS, the Prime Minister said: I believe that we all owe a massive debt to our nurses and, indeed, all our healthcare workers and social care workers.

“One of the things that they tell me when I go to hospitals is that in addition to pay one of their top concerns is to have more colleagues on the wards to help them with the undoubted stress and strains of the pandemic.

“That is why we have provided another £5,000 in bursaries for nurses and another £3,000 to help with the particular costs of training and with childcare.

“It is because of that package that this year we are seeing another 34 percent increase in applications for nurses.

“This Government of this party of the NHS are on target to deliver 50,000 more nurses in our NHS.”

Mr Johnson enraged the Labour frontbench by claiming Labour MPs voted against a previous 2.1 percent pay increase for nurses proposed in a report two years ago.

“He voted against the document in question to crown the absurdity of his point,” the Prime Minister told the Labour leader.

Mr Ashworth said: “The Prime Minister twice from that Despatch Box said that the Labour opposition voted against the NHS Funding Bill and the 2.1 percent increase for NHS staff – this is not the case.

“Indeed, in the debate, as Hansard will show, I was explicit that we would not be dividing the House.

“So can you, Mr Speaker, use your good office to get the Prime Minister to return to the House and correct the record?

“And do you agree, Mr Speaker, that if the Prime Minister wants to cut nurses’ pay he should have the courage of his convictions to bring a vote back to the House?”

Commons Speaker Sir Lindsay Hoyle said: “It is certainly a point of clarification – that part has been achieved.”

Downing Street indicated that Mr Johnson would not apologise or correct the record, but did not dispute that he was incorrect.

The Prime Minister’s press secretary Allegra Stratton told reporters: “The key thing is that this was dealt with swiftly and the Speaker – who has enormous respect and authority in Parliament – regards it as a point of clarification and it has now been dealt with.”

Unison head of health Sara Gorton said: “The Chancellor and the Prime Minister should be ashamed of treating health staff so shabbily. This is the chance for the public to call them out on pay.

“Everyone in the NHS has coped in the toughest conditions this past year. Many have faced the trauma of patients dying, the exhaustion from endless shifts and the strain of chronic understaffing.

“Yet the government has shown them zero respect for keeping the NHS on its feet. Now let’s give health staff our support this evening by showing the government exactly what we all think of its 1 percent pay proposal.”

Scotland POLL: Should ‘once-in-generation’ independence referendum be refused for decades?

Nicola Sturgeon's voting plans criticised by Vine panelist When you subscribe we will use the information you provide to send you these newsletters. Sometimes they’ll include recommendations for other related newsletters or services we offer. Our Privacy Notice explains more about how we use your data, and your rights. You can unsubscribe at any time. […]

Competition heats up in turboprop market