Scottish Conservatives leader Douglas Ross warned that the SNP and Nicola Sturgeon were jeopardising trust in Scottish Politics. While speaking to Emily Maitlis on Newsnight, Mr Ross claimed Ms Sturgeon must resign. He argued there was evidence to suggest Ms Sturgeon had misled the public and Parliament on the Government’s conduct regarding accusations against former Minister Alex Salmond.

The Government admitted its handling of the investigation had been unlawful, leading to Mr Salmond claiming a plot had been hatched to discredit him.

Although not calling for the First Minister to resign, Mr Salmond said his successor had broken the ministerial code by misleading Parliament.

Mr Ross: “There is a huge amount of evidence that she has misled Parliament and the people of Scotland.

“Nicola Sturgeon has to do the right thing and resign.” 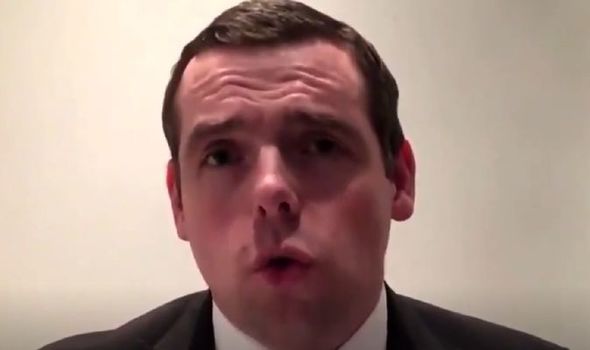 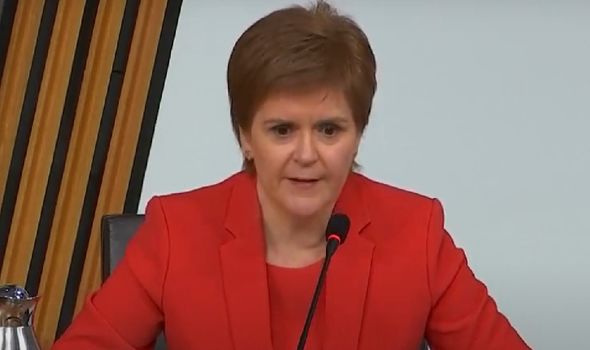 Ms Maitlis replied: “This will be seen as an attempt to weaken a very powerful leader at a critical point in Scotland’s trajectory towards a possible second referendum.”

Mr Ross argued her resignation was key to restoring trust, however.

He said: “This is so crucial to restoring trust in Scottish politics.

“You are going to be speaking to the SNP Justice Secretary and I would like to know how comfortable he is with the SNP refusing to follow two votes of the Scottish Parliament to release this legal advice. 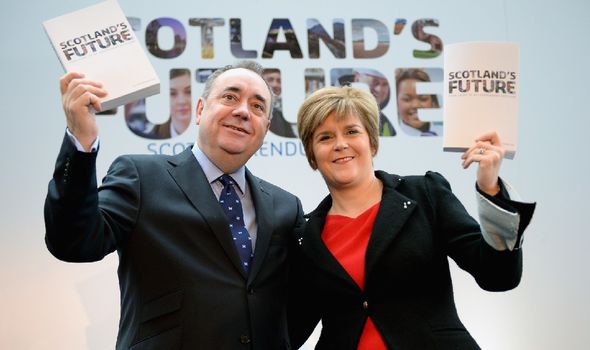 “Then today, damning evidence that has been released is incomplete

“Some of what was said between the Scottish Government and lawyers in November.

“That is a crucial period of time, we know the First Minister and the Permanent Secretary of the Scottish Government met with the council but we don’t know what was discussed or the evidence and the advice given there.

“There are so many unanswered questions and that is what we have got to get to the bottom of.” 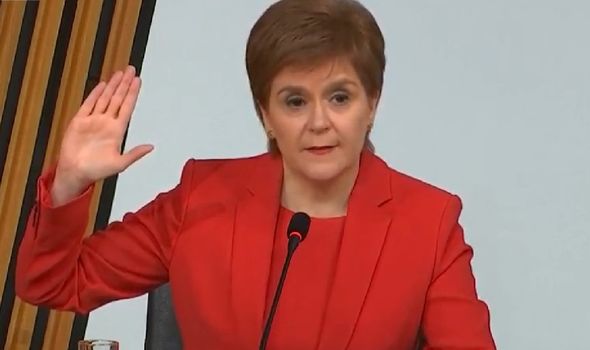 In her meeting with the Scottish Parliament Committee on Wednesday, Ms Sturgeon admitted her Government had made serious mistakes in the handling of this Alex Salmond issue.

The First Minister also rejected any accusation the Government had acted in malice against Mr Salmond.

She said: “I feel I must rebut the absurd suggestion that anyone acted with malice or as part of a plot against Alex Salmond.

“That claim is not based in any fact. What happened is this and it is simple.

“A number of women made complaints against Alex Salmond. The government, despite the mistake it undoubtedly made, tried to do the right thing.”

Tougher coronavirus restrictions are being imposed on the Liverpool city region, Warrington, Hartlepool and Middlesbrough. Health Secretary Matt Hancock said residents in the areas will be urged not to socially mix with people from different households – except in outdoor spaces like parks and outdoor hospitality settings. And he warned against “all but essential travel” […]

Brexit latest: What has been agreed so far? What needs to happen for a deal to be secured?

Brexit: EU 'will look for a new financial centre' says McGuinness The Brexit transition deal deadline is drawing ever closer. A Brexit trade deal could be struck by the end of the week. British MPs and peers have been asked to sit on December 21, 22 and 23, with Thursday, December 24, still under discussion. […]

Pelosi wants more for small business and individuals in next U.S. coronavirus legislation

UK finance could be eclipsed by cars in U.S. trade deal