A train carrying oil tankers collided with an 18-wheeler truck around 6:45 on Tuesday morning in the town of Cameron, Texas. This happened near Highway 190 and resulted in a devastating fireball. The oil tankers exploded on impact with the semi-truck and has burnt down at least one home in the vicinity as a result of the subsequent fires.

Both the truck driver and the train conductors survived with only minor injuries.

Milam County Sherrif, Chris White has provided an update on the investigation at the scene.

He insisted the crash was to be considered a “hazmat situation” due to the fact the train was carrying hazardous material.

Mr White added the cars with that hazardous material were unaffected in the crash by the “grace of God”. 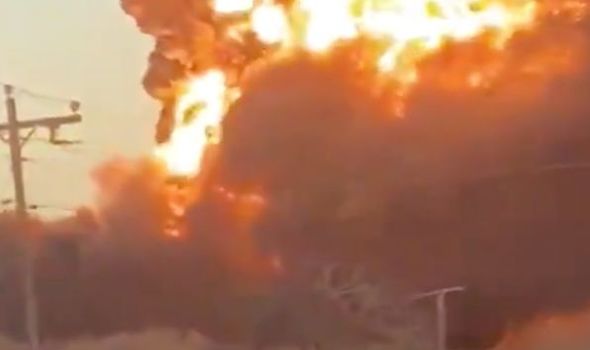 He noted that a team had already moved in to get the materials away from the raging fire.

Officials have estimated that 13 to 15 train cars carrying petroleum, coal and rocks were involved in the crash.

Trade restrictions on food exports due to the coronavirus pandemic

PARIS (Reuters) – Here is a list of countries that have applied or are considering trade restrictions on food or agricultural products due to the spread of the coronavirus around the world. RUSSIA Russia’s Agriculture Ministry said on Friday it had proposed setting up a quota for Russian grain exports of 7 million tonnes for […]

By Michelle Price WASHINGTON (Reuters) – A $350 billion emergency U.S. loan program to help small businesses keep workers on their payrolls amid the novel coronavirus disruption has run out of funds, the U.S. Small Business Administration said on Thursday. That has left thousands of small business across the country, which have been forced to […]

Why the ‘devil’ coronavirus has hit European stocks hard

COVID-19: Leap in interest for holidays as testing restrictions are relaxed