I spent my 13th birthday locked in a hotel room in Toronto.

It was July 2000, and I was on a press tour to promote the movie “Thomas and the Magic Railroad.” I had been promised a day off for my birthday, but when I arrived from Los Angeles the night before, I learned I would be talking to reporters all day. Working on my birthday wasn’t new to me — I had celebrated my eighth birthday on the set of “Matilda” and my ninth filming “A Simple Wish” — but this was still disappointing. Aside from a nanny, I was alone.

The next morning I got up, groggy from jet lag, and put on my best Forever 21 attire. Two press coordinators checked in before I started my interview: Did I want the air off, or a soda? I said I was fine — I didn’t want to get a reputation as a complainer. But when the journalist asked how I was feeling, I made one of the biggest mistakes of my life. I told her the truth.

I don’t know why I opened up to her. But I had never been good at hiding my feelings. (Acting, to me, is very different from lying.) And she seemed like she really cared.

The next day, Canada’s newspaper of record put me on the front page of its entertainment section. The article began, “The interview hasn’t even begun with Mara Wilson, Child Star, and she’s complaining to her staff.”

The article went on to describe me as a “spoiled brat” who was now “at midlife.” It described the dark paths child stars like me often went down. It embraced what I now refer to as “The Narrative,” the idea that anyone who grew up in the public eye will meet some tragic end.

At 13, I already knew all about The Narrative. As an actor from the age of 5, who was carrying films by age 8, I’d been trained to seem, to be, as normal as possible — whatever it took to avoid my inevitable downfall. I shared a bedroom with my little sister. I went to public school. I was a Girl Scout. When someone called me a “star” I was to insist that I was an actor, that the only stars were in the sky. Nobody would touch the money I made until I turned 18. But I was now 13, and I was already ruined. Just like everyone expected.

There’s one line from the article that jumps out at me now, amid the agents saying 12-year-olds needed to be “innocent-looking” and like an “Ivory Snow girl” to get cast and the lurid descriptions of child stars struggling with addiction. The writer had asked me what I thought of Britney Spears. Apparently, I replied that I “hated” her.

I didn’t actually hate Britney Spears. But I would never have admitted to liking her. There was a strong streak of “Not Like the Other Girls” in me at the time, which feels shameful now — although hadn’t I had to believe that, when I’d spent so much of my childhood auditioning against so many other girls? Some of it was pure jealousy, that she was beautiful and cool in a way I’d never be. I think mostly, I had already absorbed the version of The Narrative surrounding her.

The way people talked about Britney Spears was terrifying to me then, and it still is now. Her story is a striking example of a phenomenon I’ve witnessed for years: Our culture builds these girls up just to destroy them. Fortunately people are becoming aware of what we did to Ms. Spears and starting to apologize to her. But we’re still living with the scars.

By 2000, Ms. Spears had been labeled a “Bad Girl.” Bad Girls, I observed, were mostly girls who showed any sign of sexuality. I followed the uproar over her Rolling Stone magazine cover story, where the first line described her “honeyed thigh,” and the furor on AOL message boards when her nipples showed through her shirt. I saw many teenage actresses and singers embracing sexuality as a rite of passage, appearing on the covers of lad mags or in provocative music videos. That was never going to be me, I decided.

I had already been sexualized anyway, and I hated it. I mostly acted in family movies — the remake of “Miracle on 34th Street,” “Matilda,” “Mrs. Doubtfire.” I never appeared in anything more revealing than a knee-length sundress. This was all intentional: My parents thought I would be safer that way. But it didn’t work. People had been asking me, “Do you have a boyfriend?” in interviews since I was 6. Reporters asked me who I thought the sexiest actor was and about Hugh Grant’s arrest for soliciting a prostitute. It was cute when 10-year-olds sent me letters saying they were in love with me. It was not when 50-year-old men did. Before I even turned 12, there were images of me on foot fetish websites and photoshopped into child pornography. Every time, I felt ashamed.

Hollywood has resolved to tackle harassment in the industry, but I was never sexually harassed on a film set. My sexual harassment always came at the hands of the media and the public. 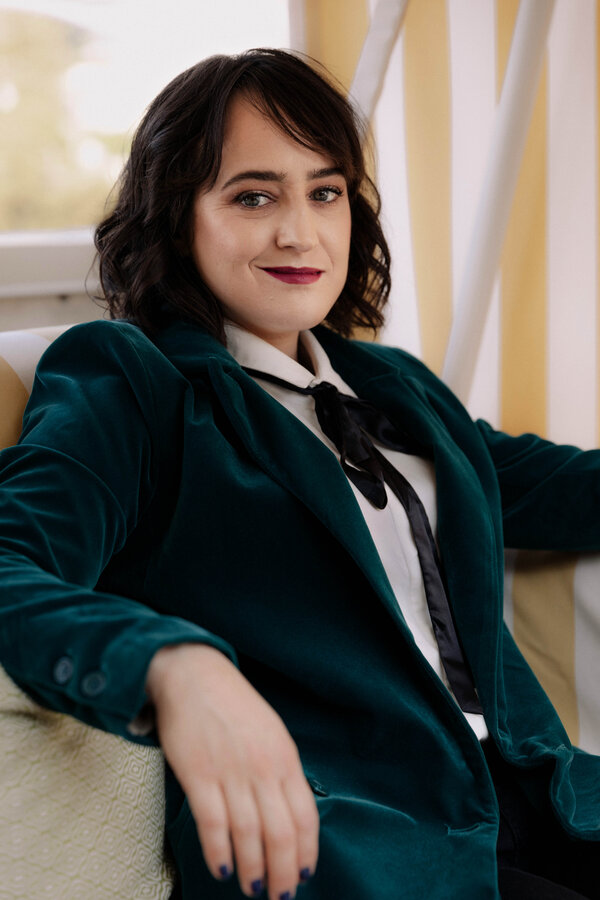 A big part of The Narrative is the assumption that famous kids deserve it. They asked for this by becoming famous and entitled, so it’s fine to attack them. In fact, The Narrative often has far less do with the child than with the people around them. MGM was giving Judy Garland pills to stay awake and lose weight when she was in her early teens. The former child actress Rebecca Schaeffer was murdered by an obsessed stalker. Drew Barrymore, who went to rehab as a young teenager, had an alcoholic father and a mother who took her to Studio 54 instead of school. And this doesn’t even begin to take into account the amount of abuse nonwhite actors, particularly Black actors, get from the public. Amandla Stenberg was harassed after being cast in “The Hunger Games” as a character that had been written as Black, but whom some readers of the book series had imagined as white.

The saddest thing about Ms. Spears’s “breakdown” is that it never needed to happen. When she split with her husband, shaved her head and furiously attacked a paparazzi car with an umbrella, the Narrative was forced upon her, but the reality was she was a new mother dealing with major life changes. People need space, time and care to deal with those things. She had none of that.

Many moments of Ms. Spears’s life were familiar to me. We both had dolls made of us, had close friends and boyfriends sharing our secrets and had grown men commenting on our bodies. But my life was easier not only because I was never tabloid-level famous, but because unlike Ms. Spears, I always had my family’s support. I knew that I had money put away for me, and it was mine. If I needed to escape the public eye, I vanished — safe at home or school.

When the article that referred to me as a brat was published, my father was sympathetic. He reminded me to be more positive and gracious in interviews, but I could tell he also didn’t think it was fair. He knew I was more than what that journalist wrote about me. That helped me to know it too.

Sometimes people ask me, “How did you end up OK?” Once, someone I’d considered a friend asked, with a big smile, “How does it feel to know you’ve peaked?” I didn’t know how to answer, but now I would say that’s the wrong question. I haven’t peaked, because for me, The Narrative isn’t a story someone else is writing anymore. I can write it myself.

Opinion | An Ode to the Before Times

Russia: Gulf nations, not us, to blame for oil prices fall -TASS