In the 10 years since Chris Torres created Nyan Cat, an animated flying cat with a Pop-Tart body leaving a rainbow trail, the meme has been viewed and shared across the web hundreds of millions of times.

On Thursday, he put a one-of-a-kind version of it up for sale on Foundation, a website for buying and selling digital goods. In the final hour of the auction, there was a bidding war. Nyan Cat was sold to a user identified only by a cryptocurrency wallet number. The price? Roughly $580,000.

Mr. Torres was left breathless. “I feel like I’ve opened the floodgates,” he said in an interview on Friday.

The sale was a new high point in a fast-growing market for ownership rights to digital art, ephemera and media called NFTs, or “nonfungible tokens.” The buyers are usually not acquiring copyrights, trademarks or even the sole ownership of whatever it is they purchase. They’re buying bragging rights and the knowledge that their copy is the “authentic” one.

Other digital tokens recently sold include a clip of LeBron James blocking a shot in a Lakers basketball game that went for $100,000 in January and a Twitter post by Mark Cuban, the investor and Dallas Mavericks owner, that went for $952. This month, the actress Lindsay Lohan sold an image of her face for over $17,000 and, in a nod to cryptocurrencies like Bitcoin, declared, “I believe in a world which is financially decentralized.” It was quickly resold for $57,000.

People have long attached emotional and aesthetic value to physical goods, like fine art or baseball cards, and have been willing to pay a lot of money for them. But digital media has not had the same value because it can be easily copied, shared and stolen. 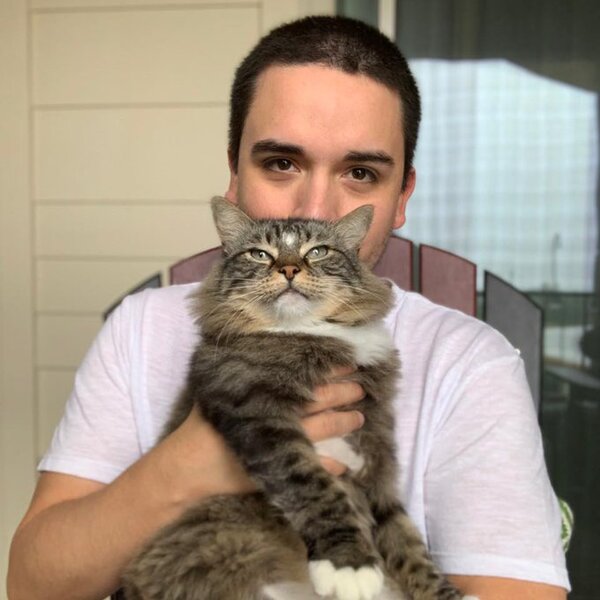 Blockchain technology, which is most often associated with Bitcoin, is changing that. NFTs rely on the technology to designate an official copy of a piece of digital media, allowing artists, musicians, influencers and sports franchises to make money selling digital goods that would otherwise be cheap or free.

In an NFT sale, all the computers hooked into a cryptocurrency network record the transaction on a shared ledger, a blockchain, making it part of a permanent public record and serving as a sort of certification of authenticity that cannot be altered or erased.

The nascent market for these items reflects a notable, technologically savvy move by creators of digital content to connect financially with their audience and eliminate middlemen.

Some NFT buyers are collectors and fans who show off what they have bought on social media or screens around their homes. Others are trying to make a quick buck as cryptocurrency prices surge. Many see it as a form of entertainment that mixes gambling, sports card collecting, investing and day trading.

Eye-popping NFT sale prices have attracted some of the same confusion and derision that have long haunted the cryptocurrency world, which has struggled to find a good use for its technology beyond currency trading. And there is uncertainty over the stability of values, since many of the transactions are using cryptocurrencies, which have fluctuated wildly in worth over the last two years.

But true believers remind people that most big things in tech — from Facebook and Airbnb to the internet itself and mobile phones — often start out looking like toys.

“A lot of people are cynical about this kind of thing,” said Marc Andreessen, a venture capital investor at Andreessen Horowitz, in a discussion on the social media app Clubhouse this month. But people don’t buy things like sneakers, art or baseball cards for the value of their materials, he and his partner, Ben Horowitz, explained. They buy them for their aesthetics and design.

The market for NFTs began to pick up last year, with more than 222,000 people participating in $250 million worth of sales, quadrupling the volume in 2019, according to Nonfungible.com, which tracks the market. As day trading has risen alongside the stock market in the pandemic, investors have looked for riskier and more esoteric places to make money, from sneakers and streetwear to wine and art.

At the same time, soaring cryptocurrency prices meant more Bitcoin millionaires had money to burn. High-profile NFT releases from Deadmau5, the music producer, and Justin Roiland, the creator of the cartoon “Rick and Morty,” drew attention. And the start of the National Basketball Association season drew people to the league’s new digital trading cards.

Justin Blau, a D.J. who goes by 3LAU, turned to NFTs after the pandemic halted his touring. He and his art director, Mike Parisella, who goes by the name Slimesunday, began selling unreleased songs with exclusive visual effects. They have sold more than $1.1 million worth of digital art and music, Mr. Blau said. Last week, he announced plans to offer a full album as an NFT.

Even though Mr. Blau and Mr. Parisella retain the copyright to their work, and even though it can be easily copied and shared, fans have been eager to collect the original, authentic versions.

Mr. Blau is also a collector, and he has bought 25 pieces of digital art. He’s active in a WhatsApp chat called Chad Team 6, where a group of well-known D.J.s share crypto-investing tips.

Griffin Cock Foster founded Nifty Gateway, a site for buying and selling NFTs, with his identical twin, Duncan, in 2018. The company sold for an undisclosed amount to Gemini, a cryptocurrency exchange founded by another pair of cryptocurrency-inclined identical twins, Tyler and Cameron Winklevoss, the next year. The Cock Foster brothers, now 26, continue to operate the company.

Mr. Cock Foster said he had noticed new interest around the holidays. “My college friends were making fun of Nifty Gateway when we got started,” he said. “Now they’re bidding thousands of dollars for art.”

The boom has been gratifying for Roham Gharegozlou. In 2017 his company, Dapper Labs, created CryptoKitties, a site that allowed people to buy and breed limited-edition digital cats with cryptocurrency. The cats were a phenomenon, but Ethereum, the network that CryptoKitties was built on, couldn’t handle the demand and was expensive to use. People lost interest as cryptocurrency prices fell in 2018.

But Dapper Labs doubled down, raising more venture capital funding and building its own network, Flow, to handle the transactions. It joined up with the N.B.A. to sell collectible highlight clips via a new venture, Top Shot, which had $43.8 million in sales in January alone. Dapper Labs takes a 5 percent cut of each sale.

Since its start on Feb. 3, Foundation has run more than $1 million in sales. The response, according to its founder, Kayvon Tehranian, was “emotionally overwhelming.”

One of Foundation’s first sellers was Dom Hofmann, who listed a video he had made in 2012. It was a simple, almost mundane montage showing a hot summer night in New York. But because it was one of the first videos posted to Vine, the now-defunct social media app Mr. Hofmann co-founded, it held historic value.

Mr. Hofmann is still wrapping his head around it all, he said. He planned to spread the money he earned around by acquiring some NFTs of his own.

“It is definitely something I’m now spending a good deal of my free time thinking about,” he said.

Like all white-hot internet phenomena, the excitement around NFTs could easily fizzle out. Cryptocurrency prices could plummet again, or people could simply lose interest as the pandemic fades.

The Cock Foster brothers have tried to warn people that it’s difficult to make money flipping digital art. People looking for a fast sale tend to lose money on Nifty Gateway. Duncan, who has spent $80,000 buying art on the site, displays his purchases on three monitors in his apartment. The works have appreciated in value, but he hasn’t sold much.

“I’ll just hold on to it for the rest of my life and maybe pass it down to my kids,” he said. “Or do what art collectors do and auction it off at the end of my life.”

Stimulus Payment Delayed? You May Need to Claim It on Your Tax Return

Millions of people have already received their $600 federal stimulus payment. But some Americans will have to wait a bit longer — and may have to file their tax return to collect it. By law, the I.R.S. said, it must issue the stimulus payments by Jan. 15. After that, those who are entitled to a […]

Opinion | Biden Made a Promise to Scientists. He Can Still Keep It.

Hancock returns to Commons with joke from the Deputy Speaker