Donald Trump’s failed and divisive re-election campaign doesn’t immediately come to mind as a model for success in corporate America. Nonetheless, retail giant Amazon seems to have taken some lessons from the former president in its frantic effort to quash a unionization drive underway at one of its warehouses in Alabama.

Amazon questioned the legitimacy of mail-in voting — voting for unionization, that is. The company tried to force employees and election observers to congregate for an in-person vote amid a surge in coronavirus infections, calling that the most “fair” format. When that failed, the company simply tried to delay the election.

The National Labor Relations Board rebuffed Amazon’s arguments, affording around 5,800 warehouse workers in Bessemer, Ala., two months to vote by mail on whether to join the Retail, Wholesale and Department Store Union — marking only the second union vote in Amazon’s 27-year history. The $1.7 trillion company continues spreading falsehoods, including that workers in Alabama will be required to pay union dues in a “right-to-work” state.

Will it be a shock if Amazon claims voter fraud if the union vote ultimately passes?

Amazon’s campaign against unionization isn’t surprising — corporate America generally despises collective bargaining. But it is existential, getting to the very nature of work as more of our lives move online. The convenience and speed of shopping on Amazon.com is driven not just by automation and an obsession with efficiency, but also by a class of workers who we’ve deemed essential. During the pandemic, those laborers have been forced into shared work spaces to ensure timely delivery of our hand soaps, coffee beans, staplers, socks and sconces.

In nearly a decade of writing about Amazon, workers I’ve spoken with have consistently painted a grim picture of daily life inside the company’s warehouses. The job typically includes miles of walking each day, heavy lifting and mindless and repetitive sorting tasks, all under the watchful eye of corporate efficiency sticklers, who convey the impression that dignities like sufficient bathroom and meal breaks are anathema to their daily quotas. Amazon delivery drivers race frantically through neighborhoods to keep pace, or risk losing their jobs or company contracts with the retailer. New processes bring on yet new hardship to workers, like self-driving robotic shelving units and workstation video games that induce ever greater output.

The company is quick to tout its benefits and $15-per-hour floor for workers, which exceed rivals like Walmart. But if this is what the work force of the future looks like, it is a dark future indeed.

Amazon is accustomed to getting its way. It extracts costly incentives from local officials for its network of warehouses, pays a modicum of federal income taxes, pushes suppliers’ prices ever lower and has thwarted two smaller union efforts, most recently in 2014.

Other retailers envy Amazon’s maniacal focus on efficiency, its hefty profit stream and its dominion over suppliers and local lawmakers. They lure Amazon executives away to emulate its vaunted package fulfillment processes in their own warehouses and marvel at outgoing chief executive Jeff Bezos’ vast fortune. (Mr. Bezos added some $75 billion to his wealth last year, while the national unemployment rate skyrocketed.)

But the Alabama vote, coming less than a year after the warehouse opened, threatens to propel other such sites toward collective bargaining. The fight, for Amazon, is about preserving a carefully calibrated system that the company designed to give it maximum control, including the ability to hire and later dismiss hundreds of thousands of temporary workers during the busy holidays and an emphasis on speed above all else.

The Alabama union vote should be viewed, then, as an opportunity for consumers to consider the human cost of speedy delivery. To be sure, Amazon has provided an essential service during the pandemic, allowing millions of Americans to shop safely from home and bringing a staggering 500,000 new workers into the fold in the past year. Its warehouses have kept operating through the coronavirus crisis while Amazon’s well-compensated white collar workers have largely worked safely from home. Amazon cited a 3 percent coronavirus test positivity rate at the Bessemer site in the two weeks prior to Jan. 7.

Jennifer Bates, a worker in Amazon’s Bessemer warehouse, told me her vote in favor of a union was to help ensure more consistent breaks, including for lunch, and the freedom to stretch or go to the bathroom without fear of falling short of her daily quota. “They say we can do those things, but if we do we’ll miss our numbers,” she said. 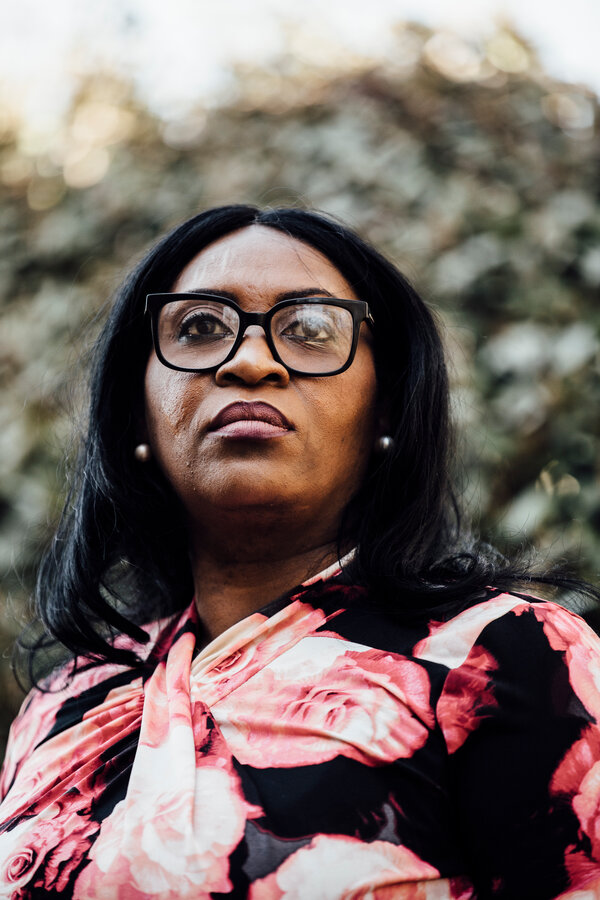 The president of the Retail, Wholesale and Department Store Union, Stuart Appelbaum, said he hoped to help negotiate strictures around health and safety measures during the pandemic and an appeals process for workers who may lose their jobs.

Amazon has said it offers competitive pay and benefits, pointing to programs like college tuition assistance. A union, the company said, isn’t representative of “the majority of our employees’ views.”

Why, then, has the company forced its Bessemer workers into multiple union education meetings, spammed them with text messages about the campaign and displayed anti-union banners around the warehouse, including in the bathroom? The tech outlet Motherboard reported that Amazon had even developed surveillance software to detect organizing activity within closed Facebook groups.

Amazon’s hardball tactics have invited scrutiny from the treasurers of Wisconsin, Delaware, Illinois and Colorado, who called this a human rights issue. Senator Bernie Sanders of Vermont, Senator Elizabeth Warren of Massachusetts and 51 members of Congress have thrown their support behind the union effort. New York’s attorney general sued Amazon on Tuesday, alleging that it failed to provide sufficient protections during the pandemic and retaliated against employees who complained.

“The conditions of work at these warehouses has become much worse over time,” particularly amid the surge in orders during the pandemic, said Thomas Kochan, a management professor at Massachusetts Institute of Technology. “Covid-19 has prompted a period of awakening for workers, particularly essential workers, over what they should endure.”

The magic of one-hour or same-day home delivery is undeniable. It has spared countless trips to stores, protecting millions from exposing themselves or others to the coronavirus. But too many of us don’t bother to think about the hundreds of thousands of people behind the curtain of Amazon’s fulfillment operation like Ms. Bates, who are worried about using the bathroom during a 10-hour shift.

Amazon may yet prevail in the Alabama vote, sparing the company for another day from a union toehold. But the effort could still stand as a success if consumers stop to consider the humans who have helped them so much during this pandemic.

Opinion | Joe Manchin Is a Symptom, but It’s the Senate That’s Sick

Send any friend a story As a subscriber, you have 10 gift articles to give each month. Anyone can read what you share. By Jamelle Bouie Opinion Columnist Seventy-two percent of likely voters, according to the left-leaning polling group Data for Progress, want the federal government to increase its tax incentives for solar, wind and […]

Inverness Is Closer Than You Think