Former work and pensions secretary Esther McVey is leading the effort to persuade Mr Sunak to let more people benefit from the Self-Employment Income Support Scheme (SEISS). They want him to ditch a rule which denies support to those who had trading profits of more than £50,000. The 62 MPs – who include figures as diverse as former Shadow Chancellor John McDonnell, former Brexit Secretary David Davis and Liberal Democrat leader Sir Ed Davey – describe the £50,000 cut-off point as a “devastating cliff edge” and claim that 200,000 people have been left “without support since lockdown began last year through no fault of their own”.

They write: “Our entrepreneurs, and self-employed self-starters, were a driving force behind the UK’s pre-pandemic ascent to the top of the G7 economic growth charts. They will also be instrumental in Britain’s economic recovery – on the condition they are provided with the necessary support to survive this bleak period…

“We ask you to consider the livelihoods and wellbeing of these people, their staff, and their families.”

The all-party group on “gaps in support” has proposed a new Targeted Income Grant Scheme (TIGS) which would help people who have “fallen through the cracks” of existing initiatives.

Fears for the plight of the self-employed will only grow with the publication of a report from the widely respected Resolution Foundation.

It warns that nearly one-in-seven (14 percent) self-employed workers – equivalent to 700,000 people across the UK – has stopped working entirely during the current lockdown. This compared with the one-in-11 (nine per cent) who stopped during the first lockdown in May. 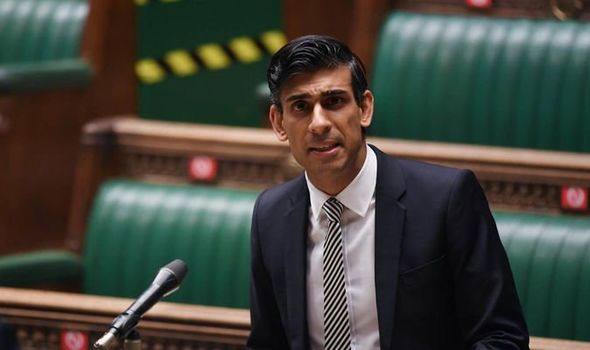 The research also uncovered a “huge” hit to living standards.

Forty-one percent of self-employed workers have seen their earnings fall by a quarter or more during the latest lockdown. Just three percent of respondents said support through SEISS more than covered their losses.

Hannah Slaughter, an economist at the Resolution Foundation, said: “Eleven months into the crisis, Government support is doing a better job of targeting affected workers, though three-in-ten are still missing out on support, despite losing income. The Government should extend the eligibility criteria for support to help those who are missing out, as well as clawing back money from workers who received grants during 2020 well in excess of the losses they’ve incurred during the pandemic.”

A Treasury spokesman defended the Government’s record on helping the self-employed, saying: “Throughout this crisis, we have done all we can to support jobs and livelihoods, spending over £280billion in response to the pandemic. These figures are misleading because they do not take account of how important an element of income comes from self-employment, nor the level of people’s income.

“Both are important factors in making sure that taxpayers’ money is targeted at those who need it most. That said, we acknowledge that it has not been possible to support everyone in the way they might want, but we continue to keep our schemes under review and will set out the next stage of economic support at Budget.”

Passport eGates: Home Office outlines how to use them Under the divorce deal, British nationals living in the bloc by the end of 2020 should be allowed to enter the Schengen free-travel zone without having their passports stamped. This only applies if they can prove they are resident in the host country, by producing a […]

U.S. Senate candidate John Hickenlooper released his first television ad Sunday, an uplifting message titled “We’re Colorado” that touts the state’s economic resurgence during his time as governor and advocates for economic fairness. Sitting on a porch outside his Denver home, the Democrat looks into the camera and, for 30 seconds, explains that Colorado had […]

US election: Has there been voter fraud? Is Donald Trump right?