The US Vice President was spotted working out, running up and down the steps with her secret service agents on February 6. Samantha Borell, 26, from Baltimore, said: “We were at the Lincoln memorial for a good 20 minutes while she was there working out with her husband and taking pictures with people.” She shared the video on Twitter with the caption “Get you a VP who works hard for the American people and makes time to get a workout in.”

Ms Borell, a sales representative for Mondelez was visiting the city over the weekend. She said: “It was very surreal.

“She’s just a normal person going about her day and getting a workout in. There were secret service all around her. She was interacting with people but made sure to keep her distance from them.

It comes as a portrait depicting her glass ceiling shattering career was unveiled at the foot of the memorial. 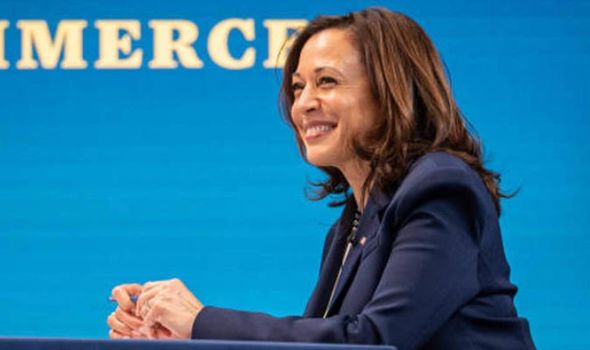 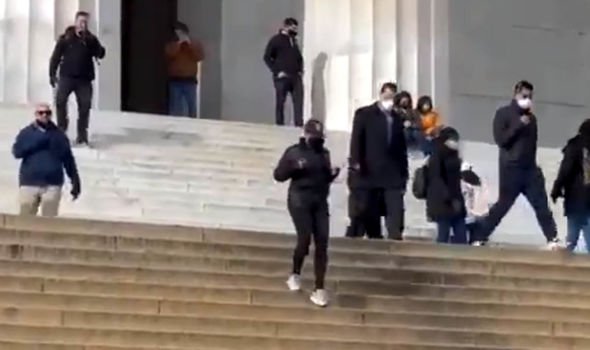 The newly-elected vice president has notched a series of firsts during a legal and political career that has taken her from California to the office of vice president in Washington.

It comes as Democrats on Wednesday argued Donald Trump planted the seeds for the deadly attack on the US.

Capitol long before January 6 with false claims the 2020 election was stolen, and said lawmakers had an obligation to hold the former president accountable.

The House of Representatives has charged Trump, a Republican, with inciting an insurrection by exhorting thousands of supporters to march on the Capitol on the day Congress was gathered to certify Democrat Joe Biden’s electoral victory.

The rioters stormed the building, sending lawmakers into hiding and leaving five people dead, including a police officer.

The nine Democratic House managers prosecuting the case for impeachment, an uphill task in an narrowly divided Senate, said on Wednesday the incitement started long before January 6. 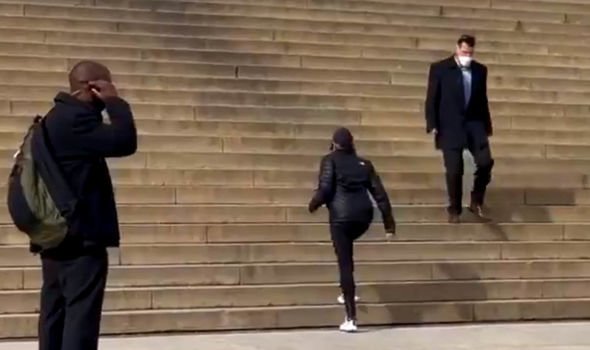 “Trump realized last spring that he could lose the November election and began planting seeds of anger among his supporters by saying he could lose only if it was stolen,” said Representative Joseph Neguse.

“If we are to protect our republic and prevent something like this from ever happening again, he must be convicted.”

Representative Joaquin Castro cited what he called blatant acts of political intimidation against election workers in states Trump was losing. In Philadelphia, Atlanta and Milwaukee, Castro said, Trump’s supporters tried to use armed force to disrupt the counting of votes.

“They believed it was their duty to quite literally fight to stop the count,” Castro said.

The White House has defended plans for Barack Obama’s 60th birthday this weekend, as America brings back some COVID-19 restrictions due to a surge in Delta variant cases. Hundreds of people have reportedly been invited to celebrate the former president’s milestone at his multimillion dollar home in Martha’s Vineyard, Massachusetts. Mr Obama, who turns 60 […]

ISTANBUL (Reuters) – Turkey unveiled its first fully domestically-produced car on Friday, saying it aimed to eventually produce up to 175,000 a year of the electric vehicle in a project expected to cost 22 billion lira ($3.7 billion) over 13 years. The project has been a long-time goal of President Tayyip Erdogan and his ruling […]

Kraft Heinz shares jump after tweet from lookalike to Barron’s