In December, Congress created a $15 billion grant fund for clubs and performance spaces, recognizing that thousands of cultural institutions were at risk of closing permanently because there is no safe way to attend a rock concert or Broadway musical in a pandemic.

Now comes the hard part: doling out the cash.

The list of eligible recipients is large, and the Small Business Administration — the agency in charge of creating rules and systems for the initiative, the Shuttered Venue Operators Grant — has never run a major grant program. Its biggest pandemic relief effort, the $800 billion Paycheck Protection Program, was an extension of a long-running loan program, and even then it was plagued by confusion, complexity and inequities.

“People are cautiously optimistic and excited, but there’s also so much anxiety,” said Liz Tallent, the marketing and special events director at the Orange Peel, an 18-year-old music club in Asheville, N.C.

Before the pandemic, the Orange Peel had around 60 employees and a crowded calendar of local and touring acts for its 1,050-capacity venue. It closed in mid-March. A $183,437 loan in April from the Paycheck Protection Program helped pay employees, but revenue is down 94 percent, Ms. Tallent estimated. (The remaining sliver comes from a small local grant, donations from fans and merchandise sales.) 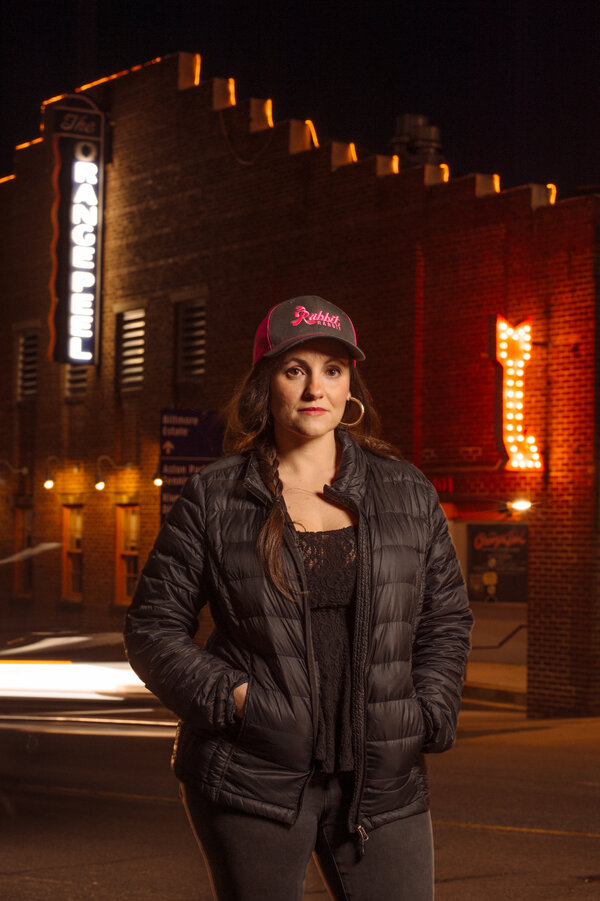 The shuttered-venue grant program was the result of a nearly yearlong effort by the National Independent Venue Association, a grass-roots group that formed in April. Lobbyists and activists argued that live-events businesses needed grants on top of Paycheck Protection Program loans — which weren’t designed for long-term shutdowns — because their entire business model had been destroyed.

“We had no income, enormous overhead and no visibility into when we could reopen,” said Audrey Fix Schaefer, the group’s communications director.

Small Business Administration officials have not yet determined when the grant program will begin, but three people familiar with the preparations said the agency was likely to circulate rules and guidance as early as this week and start taking applications a few weeks later.

Unlike the Paycheck Protection Program, which relied on banks to vet applicants and has disbursed nearly $600 billion in loans so far, the venue program will be run directly by the Small Business Administration’s Office of Disaster Assistance. That unit has been swamped managing another pandemic relief effort, the Economic Injury Disaster Loan system, which distributed $194 billion in a hasty and problem-plagued effort that the agency’s inspector general warned might have lost tens of billions of dollars to ineligible or fraudulent takers.

Those who fought for the venue program are imploring the Small Business Administration to create strict safeguards to ensure that the $15 billion gets to the independent venues, arts groups and producers that most need it. (Large or publicly traded companies like Live Nation and AEG are ineligible. )

Congress wrote specifications to try to weed out, for example, restaurants and bars with occasional musical acts. To qualify as a live-events venue, a space must have a lighting rig and mixing equipment, charge for most tickets, and employ workers like bookers, sound engineers and a box-office manager.

But rules can only go so far, and the list of eligible recipients is long. “There’s going to be some honor system at play,” said Blayne Tucker, a lawyer and club owner in San Antonio.

The Small Business Administration estimates that at least 27,000 businesses could qualify, according to an internal document reviewed by The New York Times. They include 2,000 movie theaters, 3,000 talent agents and promoters, nearly 7,000 museums and zoos, and more than 6,000 music clubs and theater operators.

That’s a much bigger pool than lobbyists envisioned last spring, when the National Independent Venue Association estimated that a $10 billion fund would be enough to cover the live music industry.

As the draft legislation circulated on Capitol Hill, making its way into December’s stimulus package, it snowballed. Businesses like movie theaters, museums and aquariums were added at lawmakers’ requests. (Each faces its own set of eligibility rules; movie theaters, for example, must have seats that are attached to a floor.)

An aide to Senator John Cornyn, a Texas Republican and one of the proposal’s sponsors, said Mr. Cornyn had told the Small Business Administration about his concerns that Congress’s last-minute expansion would overwhelm the program with applicants, leaving too little money for the venues that he and others intended to benefit.

A spokeswoman for the agency declined to comment on how long it expects the money to last. She said officials were “building the Shuttered Venue Operators Grant program from the ground floor and setting up front-end protections to ensure these vital grants are delivered to those the law intended to assist.”

Once the program opens, applicants will be in a race for funds.

Most recipients are eligible to collect 45 percent of their 2019 revenue, up to $10 million. For the first 14 days, grants will be available only to those with a 90 percent or greater revenue loss between April and December — such as Ms. Tallent’s Orange Peel. After that, applicants with a loss of 70 percent or more will have a 14-day priority window. Those two groups alone could deplete the program’s funding before other applicants — those with losses of at least 25 percent — can have their turn.

That leaves most business owners facing a tricky choice: Should they seek a shuttered venue grant or instead apply for Paycheck Protection Program relief? That program reopened last month, allowing hard-hit businesses to seek a second forgivable loan.

Venues that got a loan through the paycheck program last year are eligible to apply for the grant, but those seeking a loan this year are not. The Small Business Administration said in its advice for applicants that they “must make an informed business decision as to which program will most benefit them and apply accordingly.”

Take Billy Bob’s Texas, a honky-tonk in Fort Worth that got a $1.1 million loan in April from the Paycheck Protection Program. It closed in March and reopened in August, but its once-lucrative corporate sales business has cratered. Its famed bull-riding arena is empty. Still, it’s hosting smaller concerts, serving dinners and retooling to get by with a capacity of 2,500 people, down from the 6,000 it once had.

“Every week, I feel like we’re changing our business model,” said Marty Travis, the general manager. He estimates that sales for the last eight months of 2020 were down at least 50 percent from a year earlier — enough to qualify for the venue grant but not enough to put the club in either of the first two priority groups. By the time it’s allowed to apply, the money might be gone.

“We’re weighing the options, and we’re going to put it in front of our board,” Mr. Travis said.

For some venues, the grant is their only real hope.

Tobi Parks opened her performance space, xBk in Des Moines, in September 2019 and had a strong six months before the pandemic forced its closure in March. The business’s overhead costs — insurance, debt payments on its start-up costs, mortgage bills, licensing fees, utilities and maintenance — consume at least $7,000 a month.

“As we neared the end of December, our bank account was effectively empty,” Ms. Parks said. A well-timed grant from Iowa’s Arts & Cultural Recovery Program, funded by the CARES Act, bought her a few more months of breathing room.

Ms. Parks’s payroll is fairly low. She got a $6,235 loan from the Paycheck Protection Program in April and could get a second loan now for a similar amount, but she calculates that her club would qualify for $100,000 from the venue program. That would be enough to carry it through to the fall, when Ms. Parks hopes widespread vaccination will allow live music to return.

The grant program will be more complex for applicants than the Small Business Administration’s other relief systems. While the full rules are still being written, agency officials have said applicants will need to register with System for Award Management, the government’s notoriously clunky system for contractors and grant recipients. (Two officials at the agency said it had tried to avoid using the system but concluded it was legally obligated to do so.)

Ms. Parks registered for the government’s system the day she learned it might be necessary. She sees no margin for error.

“Every day that goes by that we don’t have this money and have zero revenue, it’s difficult,” she said. “This is lifesaving for us.”

WASHINGTON (Reuters) – President Donald Trump on Friday celebrated a stunning U.S. employment report that showed more than 2.5 million jobs were added last month during the thick of the coronavirus pandemic, and predicted the battered economy will recover all of its lost jobs by next year. “Today is probably, if you think of it, […]

Can a Green-Economy Boom Town Be Built to Last?

NORMAL, Ill. — When he bought a construction contractor called Weber Electric in 2018, Josh Mosier inherited about 20 employees. By the end of the next year, he was up to about 100 employees. By the spring of 2021, the number was over 225. “Because of this boom,” said Mr. Mosier, whose company often works […]

Pakistan to import 300,000 tonnes of wheat to meet flour crises

Trump administration officials to brief senators on Iran next week

This is another News Portal > World News > Macron crisis: Police threaten to STOP making arrests while France descends into chaos