On Monday it was reported Indian and Chinese troops had clashed along their contested border in the north Sikkim region leaving several injured. The violence took place last Wednesday according to Indian military.

Tensions have been high since 20 Indian soldiers were killed in fighting with their Chinese counterparts back in June.

According to Andrei Chang, editor of the Kanwa Defence Review, China moved a DF-26 IRBM (intermediate-range ballistic missile) launcher within range of India.

In a YouTube video he said the launcher had been deployed to Korla in China’s western Xinjiang region.

Mr Chang also claimed China had moved 16 DF-26 launchers to its eastern Shandong province, putting them within range of Japan. 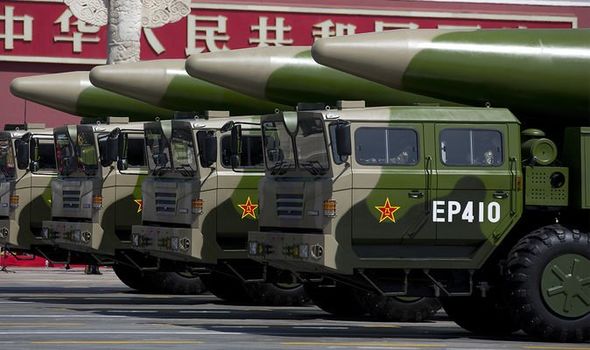 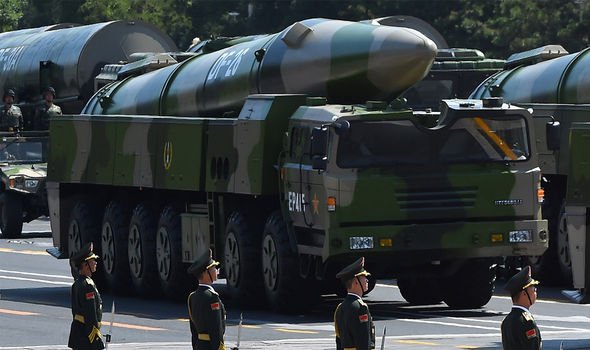 The Federation of American Scientists confirmed the presence of DF-26 launchers in the province based on satellite images from Maxar Technologies.

The Washington based group said it was the first time the weapons had been based in the area.

DF-26 launchers can fire a nuclear or conventional ballistic missile up to 5,000km.

This puts the US naval base at Yokosuka, Japan, within range. 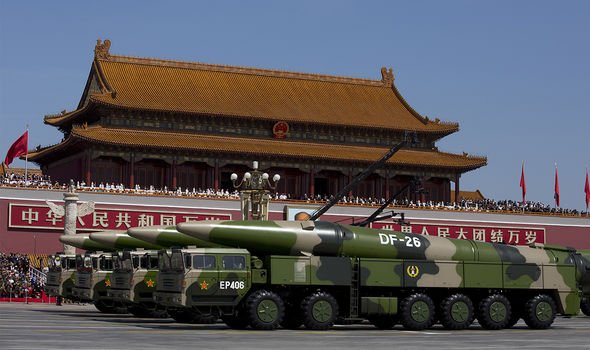 According to Indian media reports a Chinese patrol attempted to enter Indian territory in north Sikkim on Wednesday but was forced out.

The violence involved clubs and rocks and there are no indications firearms were deployed.

Speaking to the Times of India one source said both sides had brought reinforcements to the “brawl”. 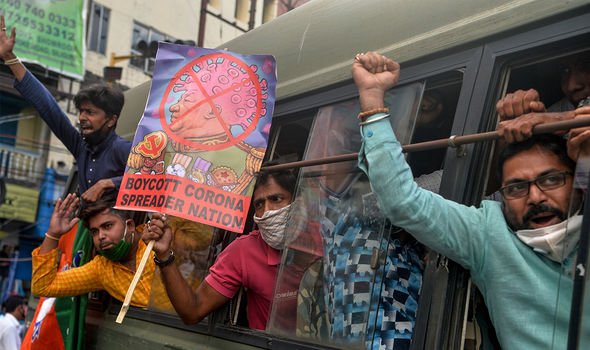 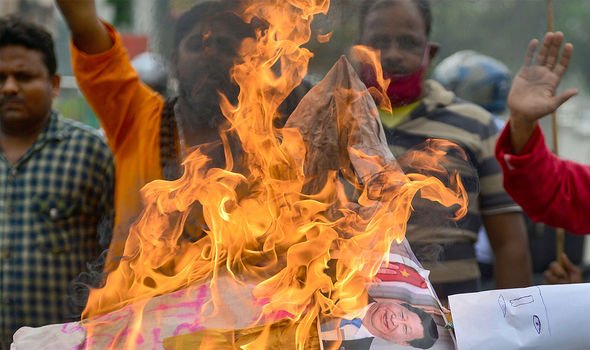 In a statement the Indian army reported: “A minor face-off at Naku La area of North Sikkim on 20 January 2021 and the same was resolved by local commanders as per established protocols.”

In June 20 Indian soldiers were killed in the most violent border clash since the 1962 Sino-Indian war.

There were also reports of Chinese casualties but Beijing has not released an exact figure.

As firearms are banned near the border the two sides fought with rocks, metal bars and clubs wrapped in barbed wire.

Many of the Indian dead lost their lives by drowning or dying of exposure after being injured.

In response Indian banned a number of Chinese mobile apps including TikTok.

Beijing is also involved in an ongoing dispute with five of its neighbours over control of the South China Sea. 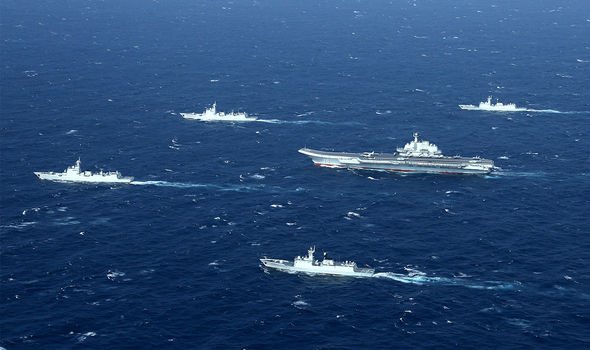 The United States and other western powers refuse to accept China’s claim to the world’s busiest shipping lane.

American warships periodically pass through the area on ‘freedom of navigation’ patrols.

Beijing also claims sovereignty over parts to the East China Sea which are currently controlled by Japan.

By Susan Mathew (Reuters) – European shares notched a fresh record high on Wednesday, as a decline in the number of new coronavirus cases and hopes of more stimulus from Beijing helped a recovery from fears of a sustained hit to global supply and demand. A broad-based rally saw the pan-European STOXX 600 index <.STOXX> […]

Tough new rules for exercise and smoking have been introduced at the Auckland managed isolation facility at the centre of the latest Covid community outbreak. A returning Kiwi at the five-star Pullman hotel says new measures have been introduced overnight allowing returnees to get out of their rooms for limited times throughout the day. But […]

ROME (Reuters) – The Italian government plans to take control of Alitalia, a draft decree seen by Reuters showed on Monday, as the loss-making carrier risks going belly up due to the impact of the coronavirus outbreak. The government has earmarked 600 million euros ($670 million) to keep the airline afloat, the draft decree also […]

‘How did things end up like this?’ America’s newly unemployed grapple with coronavirus fallout

Man, 22, ‘stabbed OAP just for the sake of killing somebody’ at beauty spot