US Election: Ivanka Trump makes speech at rally in Wisconsin

There are just two days left of the Trump presidency, with Joe Biden’s inauguration on Wednesday. Mr Trump is expected to leave the White House on Wednesday morning and fly to Mar-a-Lago just hours before the ceremony, which he has said he will not attend. The controversial President appears to have finally given in after repeatedly claiming, without evidence, that the election was “stolen” from him and his supporters by widespread electoral fraud.

Ivanka reportedly planned to attend herself, in order to come across as “a good sport” to save her political career, although the outgoing President is believed to have said this is the “worst decision she could make”.

Until Wednesday, Ivanka ‒ who was dubbed the First Daughter ‒ is a senior adviser to the President, as is her husband Jared Kushner.

Mr Kushner was appointed an adviser for strategic planning as soon as Mr Trump took office and then Ivanka joined as an adviser on women’s issues in March 2017.

However, accepting this position was a huge U-turn for the businesswoman as, in the immediate aftermath of the 2016 election, Ivanka had insisted she would not join the administration.

In an interview with 60 Minutes, she was asked: “People think you’re going to be part of the administration Ivanka?”

To which she replied: “No, I’m going to be a daughter.” 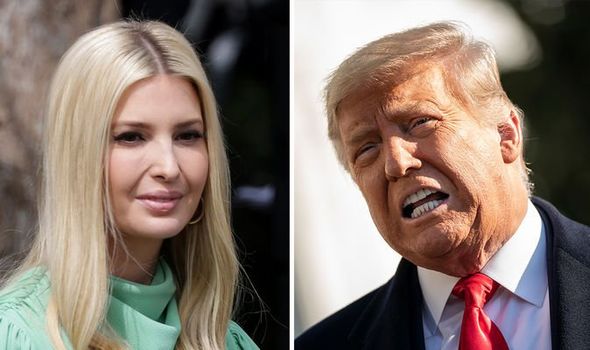 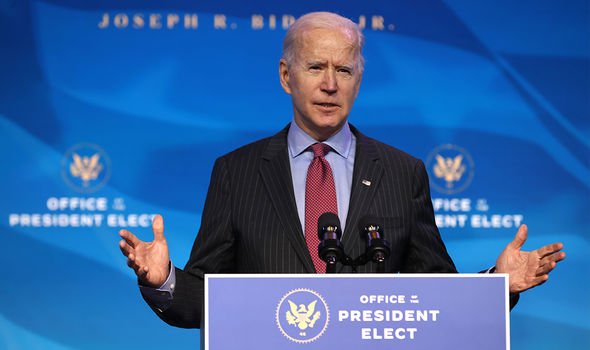 Just a few months later she did a complete U-turn by accepting the high-profile position of an advisor.

According to the book ‘Kushner Inc’, it had become clear to those in the transition team by December that Ivanka had no intention of sticking to her word.

For one thing, she and Jared moved to Washington DC with their three children almost immediately after the election.

For another, she recruited Risa Heller, a Kushner Companies spokeswoman, to help her shape her image, as well as two staffers.

She even began to involve herself in certain aspects of the transition, such as the layout for the White House offices, the book claims.

Author Ms Ward wrote: “As schematics of the new West Wing layout were worked out, there was a large office designated for Ivanka. 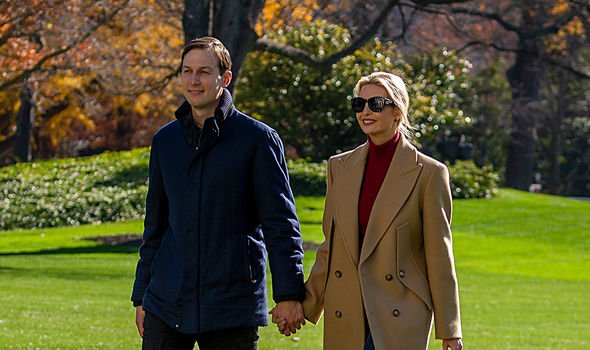 “She would hire a team of three, which was unusually large for someone with a nebulous White House role.”

Ivanka even came into conflict with her stepmother Melania Trump over her involvement in the White House layout plans, it has been claimed.

Ivanka had initially been overseeing the plans for the East Wing, which is usually the First Lady’s job.

Two transition officials saw the draft plans had ‘Trump Family Office’ stencilled in for the corner office, while Melania appeared to have no office to herself, the book adds.

However, when Melania caught wind of it, she confronted Ivanka and put a stop to it, two sources told Ms Ward.

Melania “put her foot down”, one official said. 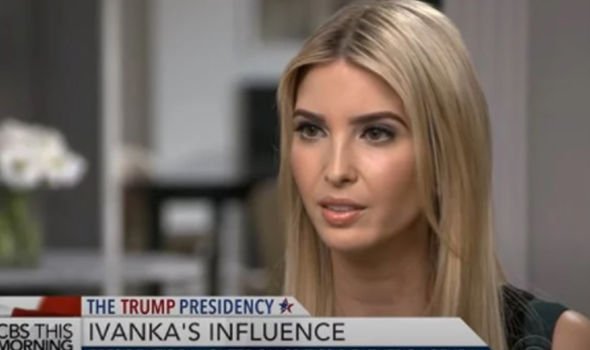 After she was appointed as a senior adviser, Ivanka defended her previous statements in an interview with CBS This Morning in April 2017.

She said: “When I spoke to 60 Minutes it had been five or six days since the election and I was processing in real-time the new reality and what it would mean.

“I realised that having one foot in and out wouldn’t work and the reality is that it all happened very organically for me.

“I had to determine that my husband and I would both want to be in DC, that it was viable to move our children, that they would be happy in their new environment.

“After I decided I wanted to try, I needed to divest of numerous businesses, so did my husband, and I wanted to understand where I could be an asset to the administration, how I could help my father and ultimately the country.”

She added that she would be focusing on advocacy, including the empowerment of women and the role of education.

Ivanka Trump discusses being ‘competitive’ like her father in 2014

The ‘special adviser’ title, she claimed, was merely to show critics that she would be holding herself to a high ethical standard.

However, it is not clear why these things had not been discussed during the election or why she had to outright deny planning on joining the administration, rather than simply saying it was too early to say.

Bizarrely, even after Ivanka took up her role as senior adviser to the President, she still tried to claim she wanted to “stay out of politics”.

In an interview with Fox News in June 2017, she said: “I advise my father on a plethora of things.

“He trusts me to be very candid with my opinions, I don’t have a hidden agenda, I make it very clear where I stand on a certain issue, so I give him open and candid feedback ‒ sometimes we agree, sometimes we disagree.

“I try to stay out of politics ‒ his political instincts are phenomenal, he did something that no one could have imagined he would be able to accomplish.

“There were very few who saw it early on and I feel blessed to have been part of the ride from day one and before, but he did something pretty remarkable.

“But I don’t profess to be a political savant, so I leave politics to other people and really lean into the issues that I care deeply about.”

In the days since Mr Trump’s loss in the 2020 presidential election, both he and Ivanka have attracted considerable criticism.

The President has been accused of inciting violence after a mob of his supporters stormed Capitol Hill in a riot that ended in five people dying. 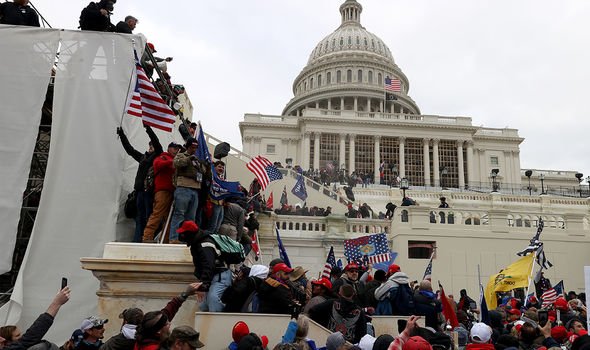 He has been permanently banned from Twitter and suspended from many other social media sites.

He has also been impeached for a second time by the House of Representatives and is set for a Senate trial after he leaves office.

Ivanka, too, has come under fire for describing the rioters as “patriots”, even as she called for peace.

It is believed she and her family will join Mr Trump in his Palm Beach resort after he leaves the White House.

Kushner Inc. Greed. Ambition. Corruption. The Extraordinary Story of Jared Kushner and Ivanka Trump’ was written by Vicky Ward and published by St Martin’s Press in 2019. It is available here.

BEIJING (Reuters) – China’s central bank said on Friday it was cutting the amount of cash that small banks must hold as reserves, releasing around 400 billion yuan ($56.38 billion) in liquidity to shore up the economy, which has been badly jolted by the coronavirus crisis. The latest stimulus move comes as the world’s second-largest […]

(Reuters) – Costco Wholesale Corp <COST.O> said on Wednesday it would raise its quarterly dividend by 7.7% to 70 cents per share, at a time when several major companies have suspended cash returns to shareholders to shore up liquidity. Unlike the rest of corporate America, which has been hammered by the coronavirus crisis, grocery retailers […]

By Rodrigo Campos NEW YORK (Reuters) – A gauge of stocks across the globe bounced back on Friday led by a late rally on Wall Street, after U.S. President Donald Trump freed $50 billion to tackle the novel coronavirus pandemic. Oil prices shot higher after Trump, in the same speech, said that the United States […]