Two Royal Navy vessels were sent out this afternoon after a Spanish Rayo (P-42) vessel veered into UK territory. HMS Dasher shadowed the patrol boat for more than an hour and broadcasted a number of sovereignty warnings. The 68ft long aircraft carrier was joined on the mission by Royal Navy rhib powerboat.

Pictures show the two boats engaging in close contact with the Spanish vessel in the murky waterways.

The incident on the east side of The Rock was the second to take place in the past 24 hours.

On Thursday morning, HMS Dasher and a Royal Navy rhib were again dispatched to the region after a Spanish police boat was spotted in the waters.

The incursion by the Rio Guadalete took place in the Bay of Gibraltar and lasted for around 45 minutes. 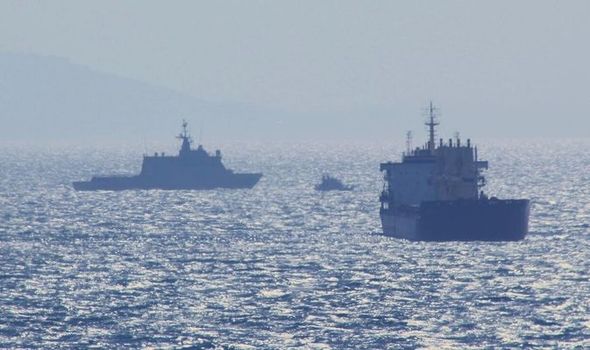 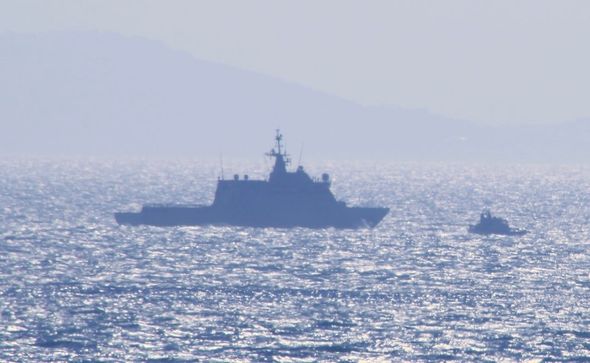 A Foreign, Commonwealth and Development Office spokeswoman said: “We have no doubt about UK sovereignty over British Gibraltar Territorial Waters and protest incursions to the Spanish authorities.”

The latest incident is likely to further spiral tensions over the British overseas territory.

Gibraltar has undergone some major changes after Brexit was finally delivered on December 31.

The Rock will remain closely tied to EU rules after a deal was agreed to maintain freedom of movement and in turn avoid a hard border. 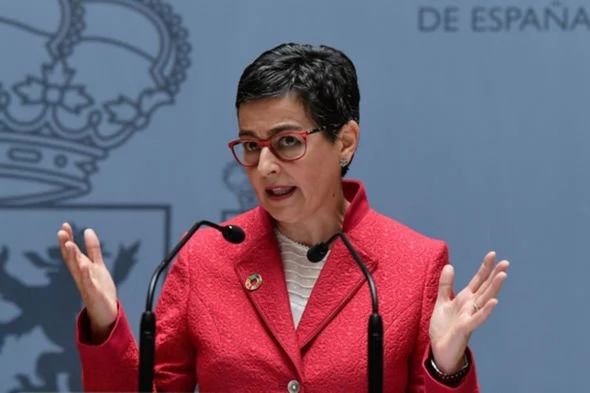 Gibraltar will join the EU’s Schengen zone – but will remain as a UK territory.

Gibraltar has also agreed to apply “substantially” the same trade policy measures as the EU, including decisions on customs and VAT legislation.

In order to maintain EU travel rules, it is understood the bloc will deploy Frontex border guards to facilitate free movement to and from The Rock.

In a sign of a power grab, Spanish minister Arancha Gonzalez-Laya claimed Spain would be “responsible” for overseeing Gibraltar in the Schengen zone. 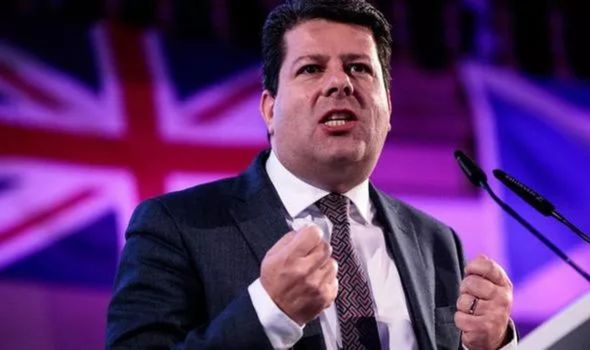 But, Gibraltar’s chief minister Fabian Picardo has since hit back at the proposals in a fierce rant.

The 48-year-old: “I will never bring a law to Parliament that allows it.

“In fact, whatever the agreement or the treaty provides, no Frontex official will be able to operate in Gibraltar without the authorisation granted by an act of Parliament in Gibraltar.

“You can be sure that there will be no consequences for sovereignty, jurisdiction or control.”

Under the agreement, the Gibraltarian authorities will be the first to authorise or deny entry at the port. 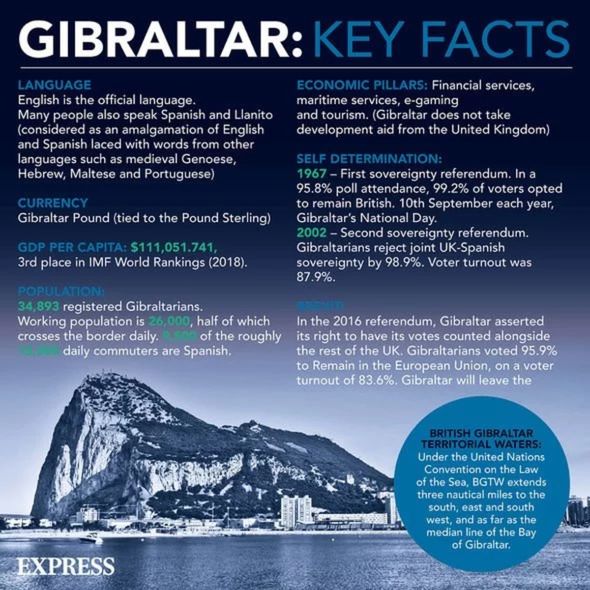 But, Spanish authorities will then be able to decide whether to allow or deny entry into the Schengen space.

In regards to air travel, a facility will be created in which “Spanish and Gibraltarian officials will share space”.

Spain will also have “operational assistance from Frontex for tasks related to Schengen controls and the protection of external borders”.

Express.co.uk has contacted the Foreign Office and MoD for further comment.

Smoke from the Cameron Peak wildfire is expected to choke a swatch of Colorado Monday, stretching from Fort Collins and Greeley to Boulder, Denver and as far south as Douglas County. The smoke plume is expected to be just as bad Monday as it was Sunday, and it likely will center itself over the metro […]

By Richard Cowan and Alexandra Alper WASHINGTON (Reuters) – The U.S. Senate’s drive to pass a $1-trillion-plus coronavirus response bill remained stymied late on Sunday, as Democrats held out for more money to help state and local governments and hospitals, while Republicans urged quick action to give financial markets a sign of encouragement. Earlier on […]

MEXICO CITY (Reuters) – Mexican annual inflation likely accelerated in January, driven by higher prices for food, beverages and tobacco after tax changes at the start of the year, a Reuters poll showed on Tuesday. The median forecast of 15 analysts was for an inflation rate of 3.26%, up from 2.83% in December. If confirmed, […]

Kuwait could need $180 billion in financing over the next six years: IMF