World Health Organisation experts have arrived in Wuhan to investigate the origins of the coronavirus pandemic, Chinese state media has confirmed.

The team of 10 virologists and other scientists will spend around a month in the Chinese city where COVID-19 first emerged over a year ago.

After spending the first two weeks in quarantine, the WHO team will investigate scientists’ claims the virus jumped from animals to humans elsewhere in China before the first cases were detected at the Huanan wet market in Wuhan.

It comes after the team – who come from the UK, US, Australia, Germany, Japan, Russia, the Netherlands, Qatar and Vietnam – were stopped from entering the country earlier this month. 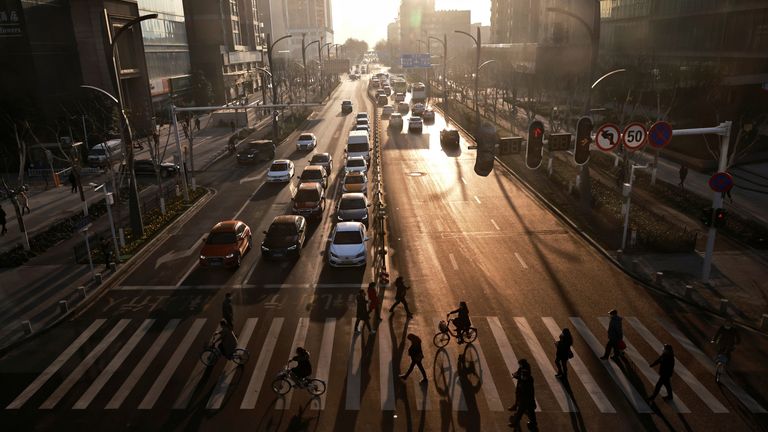 Some of the experts had already left their home countries and were on their way when China said they would not be allowed in due to incomplete checks.

WHO had been in talks with China since July, but were refused entry on 6 January.

Director-general Tedros Adhanom Ghebreyesus said at the time: “Today, we learned that Chinese officials have not yet finalised the necessary permissions for the team’s arrival in China.

“I’m very disappointed with this news, given that two members had already begun their journeys and others were not able to travel at the last minute, but had been in contact with senior Chinese officials.”

According to reports, the Chinese government has been strictly controlling all research into the origins of the virus and state-owned media have played up claims it could have originated elsewhere.

Chinese Foreign Minister Wang Yi said recently that “more and more research suggests that the pandemic was likely to have been caused by separate outbreaks in multiple places in the world”.

Meanwhile, coronavirus cases are on the rise again in China, with officials reporting its first virus-related death in months.

According to the National Health Commission, 43 new cases have been recorded in Heilongjiang province, with most concentrated near the capital city of Harbin. 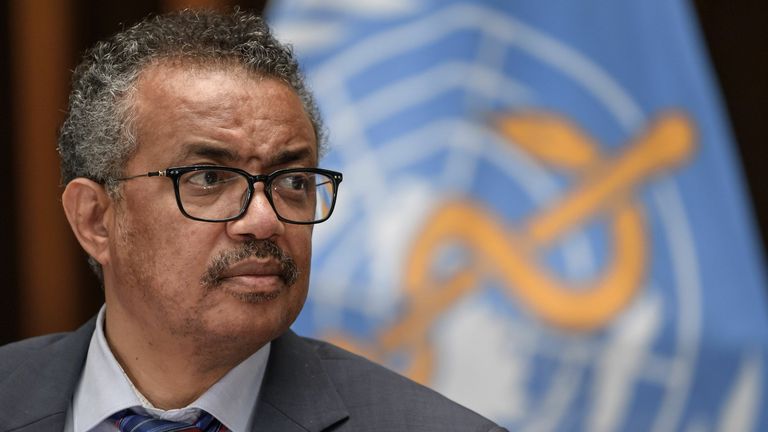 A further 81 infections have been logged in Hebei province near Beijing and 14 from outside of China.

This made Thursday the second day in a row that the nationwide tally of infections rose into triple digits.

More than 20 million people are in lockdown in Hebei, Beijing and beyond in the hope of stemming the spread ahead of Chinese New Year.

Officials are urging people not to travel, with some routes suspended and schools ending a week early to reduce chances of infection.

HOUSTON (Reuters) – Cheniere Energy Inc’s <LNG.A> sole Chinese contract customer continues to take committed liquefied natural gas supplies, an executive with the top exporter of U.S. LNG said on Wednesday. The January trade agreement between the United States and China paved the way for resumption of new energy sales to the country, but since […]

By Karl Plume MAPLEWOOD, Minn. (Reuters) – Diversified manufacturer 3M Co <MMM.N> has avoided major supply chain disruptions from the coronavirus outbreak by sourcing materials for its protective face masks from regional suppliers instead of far-flung locations, a company official told Reuters. More than 3,200 people have died from the fast-spreading coronavirus, which has reached […]

The person killed in yesterday’s fiery truck crash on State Highway 1 has been confirmed as an employee of Winstone Aggregates. On Friday morning both lanes of Auckland’s SH1 on the Bombay Hills were closed after a truck travelling southbound reportedly rolled and caught fire near the Beaver Rd off-ramp. A spokesperson from Fletcher Buildings […]