For Ashlie Ordonez, owner of the Bare Bar Studio, a spa in Denver, vaccinations for the coronavirus can’t come soon enough. While she anticipates better days later this year, surviving until then will be a struggle, and she knows the next few months will be lean ones.

“I sold my wedding ring so we could pay the bills and keep the doors open,” she said. “I’m sacrificing everything to make it through this pandemic.”

Vinay Patel, who manages a chain of nine hotels in Maryland and Virginia, is looking even further out for a recovery: “2022 is when we’ll see the real true potential of the vaccine.” Mr. Patel added that his biggest hope for the coming year is a measure of stability, if not prosperity.

As 2021 begins, business owners big and small confront a rapidly shifting landscape. An end to the pandemic is in sight as inoculations begin, but the slow pace of vaccinations has delayed the turnaround they were counting on. Hanging on is the chief goal for many, even as others look ahead to what they consider to be an inevitable rebound.

This year “is not going to be a walk through the park, but I’m optimistic,” said Jimmy Etheredge, chief executive for North America at Accenture, the strategy and consulting company. “The eggs are in the vaccine basket.”

Even as he anticipates a turnaround, Mr. Etheredge emphasized that many of the changes wrought by the pandemic, such as working remotely and a shift to cloud technology by companies, are here to stay.

“Ten months of pandemic has accelerated technological change by 10 years,” he said. “We’re never going to go back to the way things were before.”

In the meantime, it’s clear that there will be winners and losers this year. Restaurateurs, leisure and hospitality businesses and the travel industry will continue to struggle as a surge in Covid-19 cases prompts renewed lockdowns in many parts of the country. Few expect imminent salvation.

The biggest companies, on the other hand, are positioning themselves for what could be a surge in consumption when the pandemic recedes. Technology, manufacturing, health care and some other industries are booming.

Indeed, the contrast was evident last week as major stock indexes notched new highs even as the Labor Department reported that the economy lost 140,000 jobs in December. It was the first decline in months, with the leisure and hospitality sector alone losing half a million positions as lockdowns are enacted.

“There is light at the end of the tunnel,” said Brian Moynihan, chief executive of Bank of America. “But there’s a side of the economy that’s still in trouble. There’s a group of Americans who want to go to work but can’t because work isn’t open.”

Mr. Moynihan said he was pleased that the $900 billion pandemic relief package was passed and signed into law after many fits and starts, and he favors more stimulus if necessary. Roughly 19 million workers are collecting unemployment benefits, and the employment picture remains bleak for many lower-wage workers in the service economy. 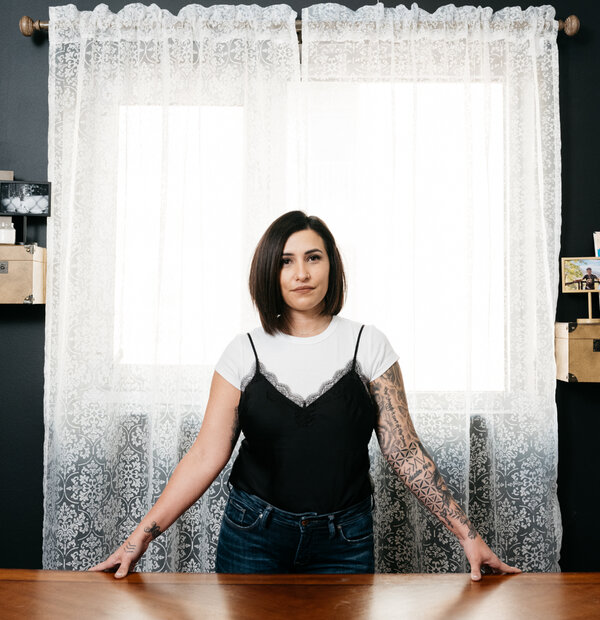 President-elect Joseph R. Biden Jr. signaled Friday that trillions of dollars’ worth of fresh stimulus could be on the way, and the imminent Democratic control of the Senate makes that much more likely.

As trying as the next few months seem, the economy is in better shape than in the months after Covid-19 first struck, when unemployment soared to 14.8 percent. The jobless rate in December stood at 6.7 percent.

Holiday spending by Bank of America customers was 2.5 percent higher than last year, and account holders actually have more in savings than they did before the pandemic. “There’s a bunch of sectors that are doing very well in terms of profits,” Mr. Moynihan added.

Even so, these remain times of limbo for many executives and business owners, when the old rules no longer apply but the post-pandemic reality has yet to materialize.

“The days of having a permanent budget or a permanent plan are gone for a while,” said Mercedes Abramo, chief executive for North America at the luxury-goods purveyor Cartier. “You’ve got to manage through this ambiguity.”

Adaptation is a strategy that Ivan Kane, owner of a cafe and nightclub in Columbus, Ohio, knows by heart.

To comply with social-distancing requirements, he reduced the venue’s capacity from 320 to 117, filling what was formerly a dance floor with tables to provide adequate space between guests. To attract customers, he bought 15 hospital-grade ultraviolet disinfecting lamps, and he recently acquired an igloo to allow guests to dine outside while protected from the elements.

In the coming months, Mr. Kane hopes he will be able to break even, but he predicts that it will be a year before he is able to usher in the crowds necessary to make his business profitable.

“The margins are razor-thin,” he said. “It’s just about keeping the lights on.”

But for other business owners, the vaccine has arrived too late. In September, Camilla Marcus closed West-bourne, her restaurant in the SoHo neighborhood of New York, after she was unable to renegotiate her lease to reduce rent costs.

Ms. Marcus has kept a trickle of money coming in by selling packaged foods on her company’s website as well as holding virtual events. But she has no plans to open another restaurant.

Others, like Roy Paulson, a factory owner in Temecula, Calif., are feeling more secure. Like many manufacturers, he has had strong demand during the pandemic for the industrial face shields and goggles his company makes for the likes of welders and electricians.

Answers to Your Questions About the Stimulus Bill

The economic relief package will issue payments of $600 and distribute a federal unemployment benefit of $300 for at least 10 weeks. Find more about the measure and what’s in it for you. For details on how to get assistance, check out our Hub for Help.

WASHINGTON (Reuters) – Asian stocks were set to climb on Wednesday after another late Wall Street surge in response to upbeat trial results for a COVID-19 treatment and data showing U.S. consumers spent big in May. The prospects of fresh support from the Federal Reserve and Bank of Japan also supported global equity markets. “It […]

Retailers Add Jobs Back In September

Retailers continued to add back jobs last month, adjusting to life with the coronavirus, but still face plenty of second-half uncertainty as consumers watch how the pandemic progresses and adjust accordingly.  According to the Labor Department’s latest reading, retailers overall added 142,4000 jobs in September, compared with August. That included an additional 39,800 jobs at […]