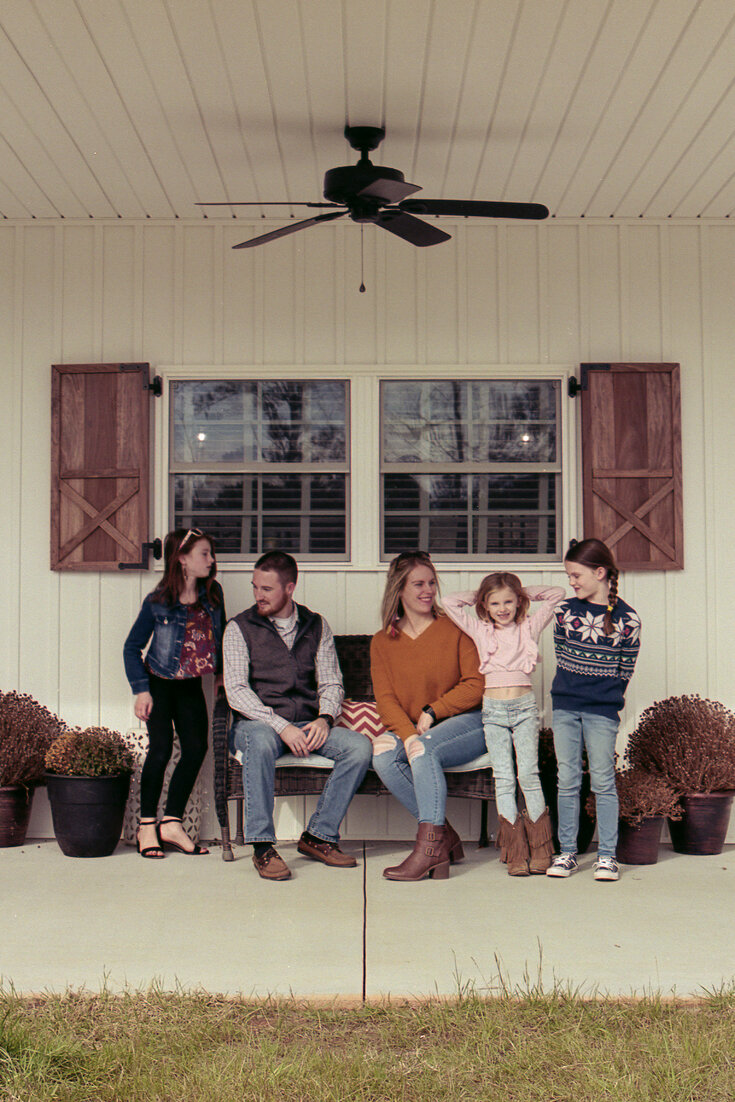 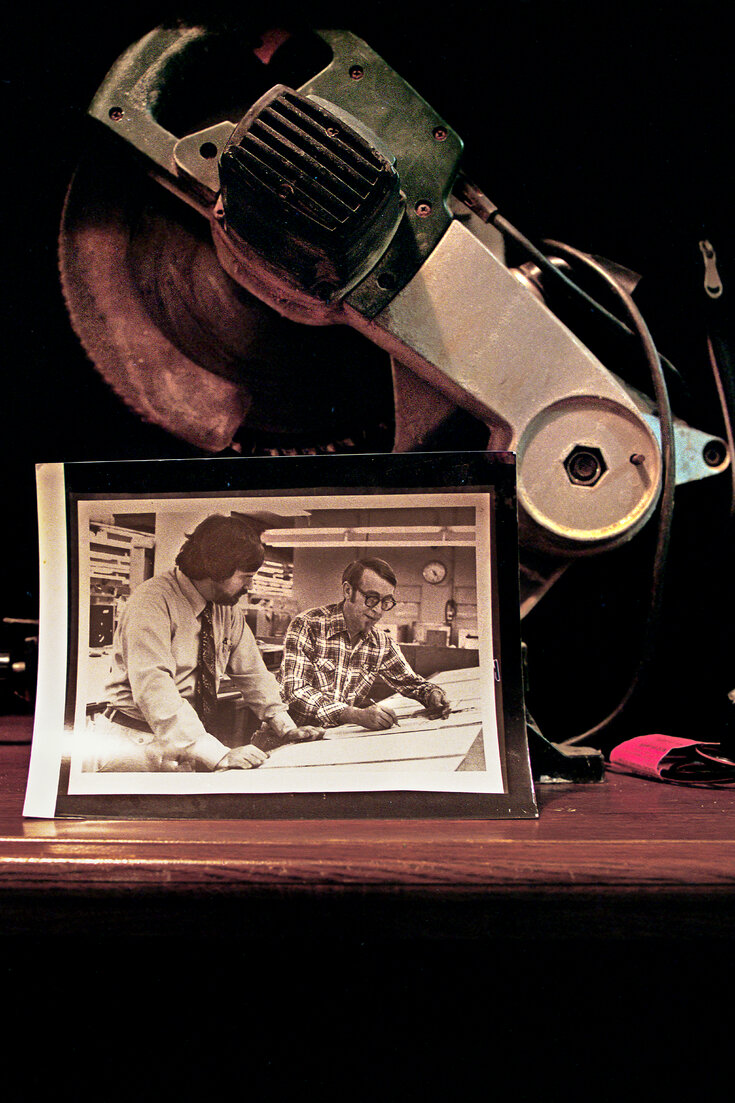 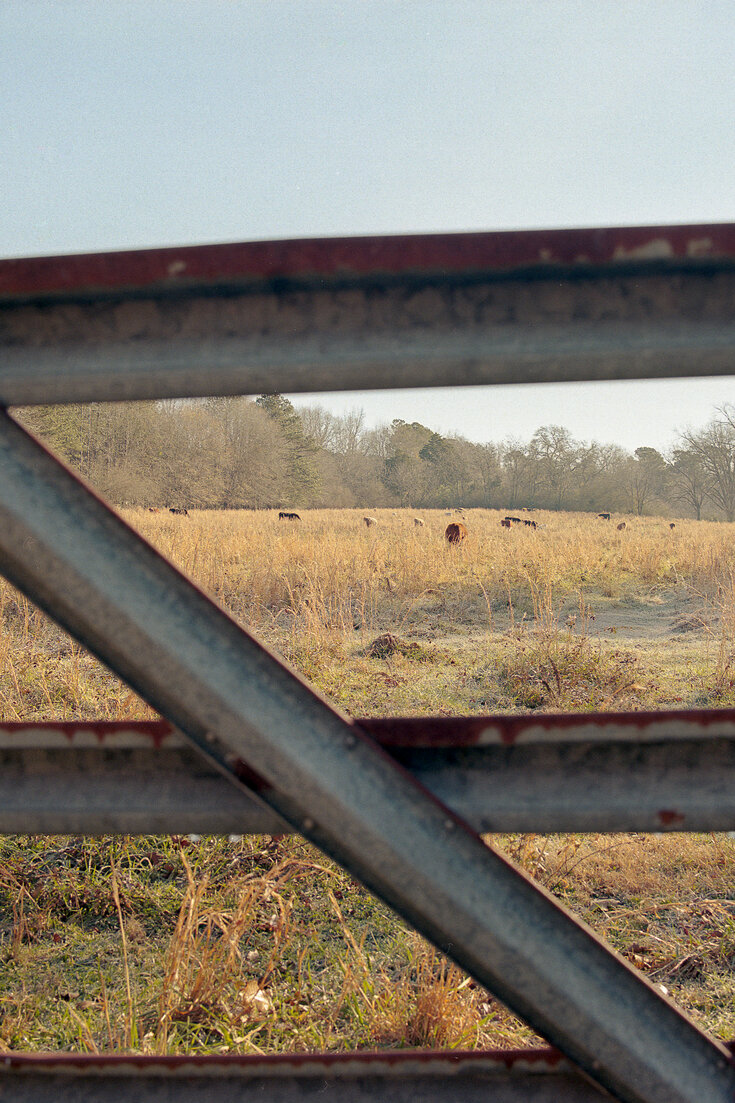 Leading up to the state’s U.S. Senate runoffs, the Gamel family shared their thoughts on voting and the current political climate.

Ms. Lin is a fellow with the Opinion section. Mr. Bradley is a photographer based in Atlanta.

Wulf Bradley has spent the past year capturing Georgia for the history books: from photographing the George Floyd protests in Atlanta to taking Stacey Abrams’s portrait.

But leading up to the Senate runoffs on Tuesday, he turned his lens toward a more personal story — of the human beings behind Georgia’s vote.

“It’s easy, especially right now because of how polarizing things are, to cling to your view or your side and completely cast out anyone that may even think a fraction differently than you do,” he said. Mr. Bradley wanted to offer a window into the Georgians he might bump into at the grocery store or driving down Interstate 285, who aren’t necessarily reflected in the news coverage of Georgia’s newly minted swing-state status.

So he photographed a group of Georgians he knows well: his in-laws, the Gamel family. Mr. Bradley’s family moved to Georgia from Ohio in 2005. His wife, Jessi Nichols, was born and raised in the state, where her family has lived since the early 1800s.

Three generations of the extended Gamel family are of voting age, from Muriel Gamel, 80, Ms. Nichols’s grandmother, to her younger brother, Dustin, who recently turned 20. They live within a quick drive of one another in Villa Rica, a quiet working-class community west of Atlanta.

And like many families, their views are scattered across the political spectrum: Ms. Nichols’s late grandfather, Gene Gamel, voted as a Blue Dog Democrat. Her father has admired Ronald Reagan since high school. Ms. Nichols’s first time voting was for Bernie Sanders in the 2016 primaries.

“I feel like a lot of people are probably experiencing this difference now, where they go home and they don’t align with their parents or certain family members anymore, and it’s put tension on family gatherings or holidays,” said Ms. Nichols, who moved back to her hometown with Mr. Bradley and their two children in 2018. “I think that’s another reason why Georgia probably flipped.”

The interplay between this range of political viewpoints — across generations and within a single family — is something Mr. Bradley was interested in portraying with greater depth. “We allow ourselves to be boxed in to certain groups or labels and things of that sort, and we almost identify with those ideologies, and it gets hard for people to see a human being for what they actually are,” he said. “Human beings aren’t that cut and dry. This experience is not that flat. People are complex.”

It was a bed of red impatiens that warmed Muriel Gamel, 80, to Villa Rica. She planted them around her mailbox the spring after she moved to the town almost 13 years ago. “They grew so pretty, and somehow those flowers made it seem like home,” she told me.

Ms. Gamel was born in 1940 in Hiawassee, a small town in the mountains of northern Georgia, and married when she was 16. After her husband, Gene Gamel, passed away in 1981, she raised her children in Marietta, Ga., as a single mother, working various jobs at the hospital and then as a shop attendant at a Christian bookstore. The traffic and crime in Marietta eventually drove her to move to Villa Rica.

When our conversation turned to politics, Muriel demurred. “I don’t want to get into politics,” she said. Then she added: “I have never voted a certain party. I look at the person.” But she thinks voting has changed in the last few decades because of increased partisanship. “It’s terribly different today than what it’s always been before. This has been discouraging.”

Larry Gamel, 51, is the photographer’s father-in-law. He remembers being an elementary school student waiting while his father filled out his ballot behind a curtained booth. Asked who he voted for, his father responded: “Son, the curtain is there for a reason. What happens behind there stays behind there.” Reflecting on this civil approach, Mr. Gamel said, “It makes sense, especially nowadays, when I see so many people just name-calling on both sides.”

After his father died when he was 11, he saw his mother, Muriel, who didn’t know how to drive or write a check, get her hospital job and support her family. He says his politics are informed by the experiences of individuals like his mother overcoming hardship. “I believe in a safety net. I just don’t believe in a hammock,” he said.

Jessi Nichols, 28, the photographer’s wife, described Villa Rica as a bubble — “white and very right-wing” — something she didn’t realize growing up. But her perspective shifted. She started dating Mr. Bradley in 2008, when they were 15, and moved in with his family in Lawrenceville after graduating high school.

Being in an interracial relationship, she noticed how Mr. Bradley was treated differently when they were out. Through her conversations with him, his mother and other friends, she started to rethink the lift-up-by-bootstraps narrative she was raised to believe. 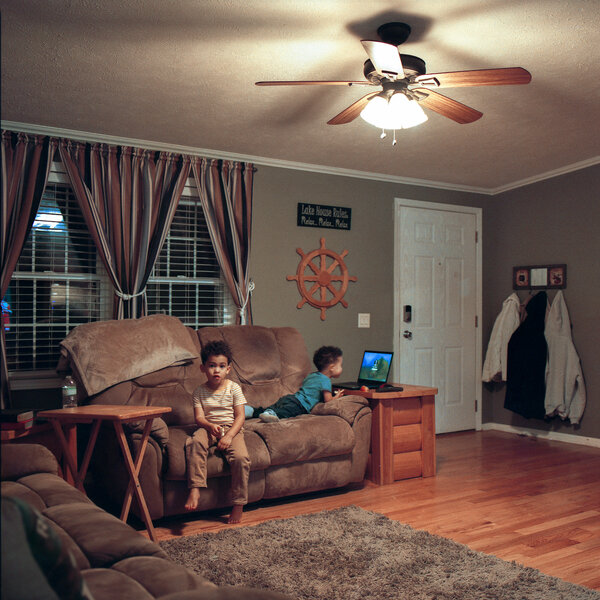 Since the 2016 election, Ms. Nichols has viewed voting with a new sense of gravity: “Seeing how literally a single county could be the determining factor in whether somebody is president or not — that’s very heavy, and I didn’t realize because I wasn’t taught this.”

She voted for Joe Biden in the 2020 general election and plans to vote for the Rev. Raphael Warnock and Jon Ossoff, the two Democrats, in the Senate runoffs. “I’m hoping that they will be able to get some things passed that will help all Americans and not just the majority of white people that live here,” she said.

Ms. Nichols’s stepbrother, Thomas Samples, 26, lives with his wife, Ovie Samples, 33, and their three children in a house they recently built within walking distance of Ms. Samples’s family. Mr. Samples didn’t pay too much attention to politics when he was growing up. But in 2012, while preparing to go into the military, he started following the Obama administration’s policies more closely. “It all directly affected me and my family, so I was very in tune with what was going on and I would listen to news talk radio daily,” he said.

Ms. Samples said that she’s troubled by the current political climate. “All the anger and the hurt — I’m burdened over it.” She said she emphasizes the importance of fact-checking to her children. “I just want them to make their informed decisions on how they vote,” she said.

Both of them voted for Mr. Trump in November and are supporting the Republicans, Kelly Loeffler and David Perdue, in the runoffs. Ms. Samples said her Christian faith guides how she votes. Mr. Samples chose the candidates because they are pro-police, pro-guns and pro-life.

And he has a hunch that the runoffs will reveal that Georgia has shifted less than the general election seemed to suggest. “I feel that Georgia’s still a red state,” he said. “It’s definitely a huge blue wave inside of 285, the metro Atlanta area, but there’s so much state. Outside of metro Atlanta, it’s just the opposite.”

Ms. Nichols’s half brother, Dustin Gamel, 20, has spent the last two years working as a forklift operator for a Walmart e-commerce distribution center. “It’s one of the better paying jobs that you can get in Villa Rica,” he said. When he’s not at work, he longboards, plays Dungeons & Dragons with a group of friends and immerses himself in video games — Call of Duty: Warzone, Monster Hunter: World and the recently released Cyberpunk 2077.

He didn’t vote in November and doesn’t plan to participate in the runoffs. “I think I probably want to be more settled down with a job I like and my own house before I start getting into politics,” he said. And politics today, he added shyly, “is very argumentative.” For now, going to work and paying the bills is enough to worry about.

On that issue, however, he was an outlier. Though the Gamels’ perspectives span the political spectrum, there was one thing his father and siblings agreed on. When asked whether they were voting in the runoffs, they responded without missing a beat: Yes.

Kristin Lin is a fellow with the Opinion section. Mr. Bradley is a photographer based in Atlanta.

Opinion | How to Listen to ‘The Ezra Klein Show’

Every Tuesday and Friday, Ezra Klein (@ezraklein) invites you into a conversation about something that matters. Available wherever you get your podcasts, including: Apple Podcasts Spotify Google Podcasts Stitcher RSS feed To listen and subscribe to the podcast, follow these instructions: On a desktop or laptop You can find all episodes at nytimes.com/ezra-klein-podcast. Click the […]

Opinion | What to Do About Student Loan Debt?

To the Editor: Re “Is This Where We Are, America?,” by Roxane Gay (Op-Ed, Nov. 23): I am a retired lawyer who spent hours reading federal student loan regulations in order to understand how and why my daughters’ 10-year-old student loan obligations far exceeded the amounts they had borrowed. The short answer was interest, interest, […]

A new book reports that Gen. Mark Milley, the chairman of the Joint Chiefs of Staff, improperly restricted the president of the United States’ ability to use military force and committed to warning China, an American adversary, of any impending U.S. military action against it. If the book, “Peril,” by Bob Woodward and Robert Costa, […]