Caviar was the traditional delicacy of the Caspian Sea but these days production has a new headquarters: China.

Qiandao (Thousand Island) lake lies 220 miles south of Shanghai. Fringed with mountains, it is a popular holiday spot for Chinese residents fleeing the summer heat of the city.

But it is also home to Kaluga Queen, the biggest caviar maker in the world, responsible for a third of global production. 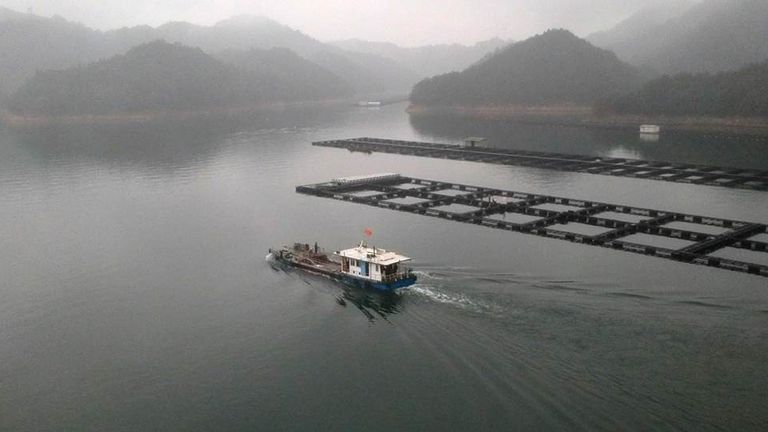 Their caviar ends up everywhere. The company says their eggs have graced the tables of both Queen Elizabeth and Kim Jong Un.

Kaluga Queen plans to go public next year at a valuation of around £600m, the company told Sky News.

“In the beginning, people were surprised because: caviar, from China?” Han Lei, vice general manager of Kaluga Queen, said.

“They never heard about caviar from China. They had many doubts about the quality. About the safety.

“Today, we supply 25 countries and we work with around 100 distributors around the world.”

The company was set up by officials from the Chinese ministry of agriculture, who started building their first farm in 2003. 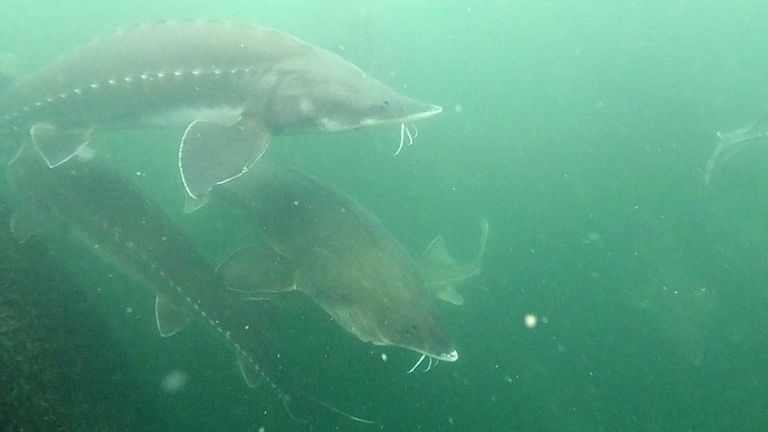 It was good timing. In 2005, the US banned imports of beluga caviar from sturgeon caught in the Caspian sea because of fears overfishing would wipe out the species.

Farmed caviar is not subject to those restrictions.

“In 2006, we produced the first tins of farmed caviar from China,” Mr Han said. “And after that we grew every year.”

In a corner of the waters of Qiandao, floating metal and net structures pen in more than 1,000 sturgeon.

Some are up to two metres long and worth as much as a Ferrari, Mr Han said, because of the value of the eggs they carry. 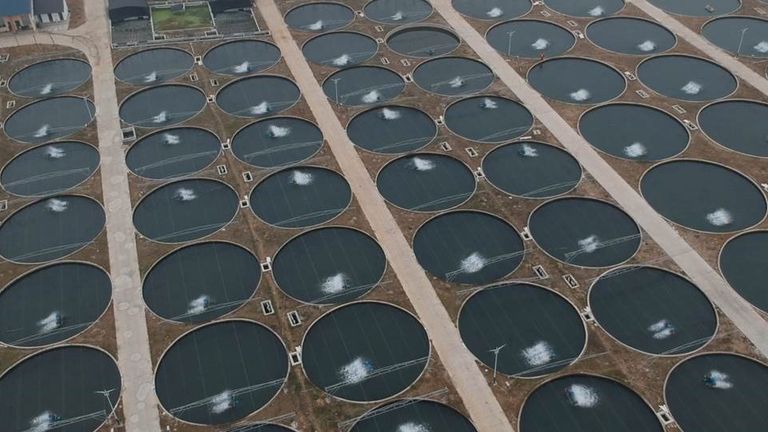 Different breeds of sturgeon spend four or so years in the lake before they are transported to pools on land.

“We feed them and watch them growing from baby fish to a mature fish,” Deny Yun, who manages the farm, told Sky News.

“We feel heart-broken when sending them to factory. But as a company, we have to do so. We must suffer this.”

Once they are mature – at least eight years old but for some breeds as old as 15 – the sturgeon are taken to the processing factory. 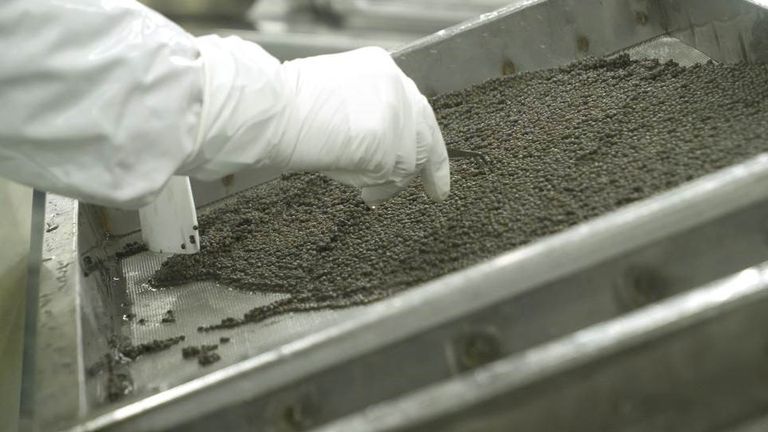 They are cut open still alive and the eggs are extracted before the sturgeon is killed and the rest of its body used for meat.

The eggs are cleaned, sorted and salted before they are tinned – a process that takes 15 minutes from start to finish.

Most of Kaluga Queen’s caviar is sold under different brands abroad – in the UK it is sold through King’s Fine Food, which is on sale at Fortnum and Mason’s and Harrods.

But it also supplies customers in China using its own branding. And China is getting an appetite for the stuff. 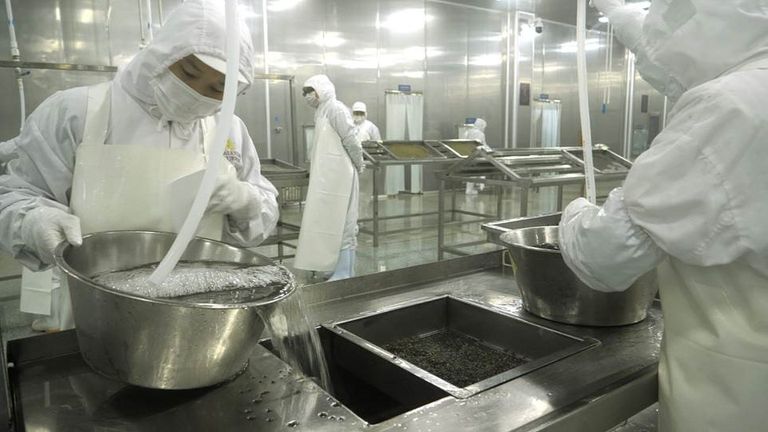 “We did a lot of promotion to introduce the caviar culture to Chinese people,” Mr Han said.

“The domestic market is growing very fast. After the virus is well controlled by the government, they’re going to restaurants more.

“And more and more people like to enjoy the caviar.”

That is helping to make up the shortfall in international orders as a result of COVID-19. 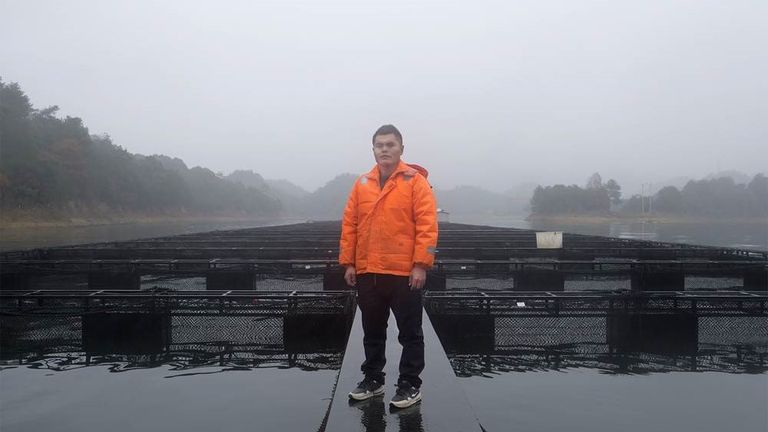 Kaluga produced 20% less caviar this year, although it aims to make up that deficit in 2021.

And there is a lot of room for growth. Current global production of caviar, from all producers, is around 300 tonnes.

In the heyday of the free-spending, status-flaunting 1980s, production peaked at 1,000 tonnes.

“In this way we can meet the demand all over the world,” he added.

(Reuters) – Morgan Stanley <MS.N> plans to hold in person its annual shareholder meeting, scheduled for May 21, the Wall Street bank said on Friday, even as many companies have moved their meetings online amid the novel coronavirus outbreak. The company said in the event it is not possible or advisable to hold the meeting […]

Australia to suffer a ‘once in a century’ economic contraction: central bank governor

By Swati Pandey SYDNEY (Reuters) – Australia will suffer its biggest economic contraction since the 1930s in the first half of this year due to containment measures to curb the spread of the coronavirus, its central bank governor said on Tuesday. Describing the contraction as a “once in a century event”, Reserve Bank of Australia […]

By Leika Kihara TOKYO (Reuters) – The Bank of Japan’s new board member Seiji Adachi said on Thursday providing liquidity to markets was a better way to respond to an economic crisis, such as that posed by the coronavirus pandemic, than cutting interest rates. The BOJ eased monetary policy earlier this month by ramping up […]

How Suite It Is, Poolside at American Dream

This is another News Portal > Economy > US jobless rate triples to 14.7% in sharpest labour downturn