On the first day of 2020, my anxiety roared as I approached the summit of Mount Pierce in northern New Hampshire. At about 4,300 feet elevation, the wind was picking up, the visibility dropping to near zero. I was about to turn around in defeat when I heard faint voices ahead of me: two women, zipping up their coats as I approached.

“Are you heading for the summit?” I asked. “Could I tag along?”

We left the shelter of the tree line, leaning forward slightly as gusts of wind whirled blinding snow around us across the open mountaintop. When we reached the peak, they waited patiently as I held out a battered green hat, took a picture of it and threw a tiny bit of ashes into the snow. It wasn’t until we descended back to the safety of the trees that they asked about the hat.

There was a long silence. Then the older woman told me she lost her sister too. I remember thinking my son had brought us together. We connected over our shared stories, and they understood — something so rare for me those days.

My son, Ben, 23 when he died, was always most at home when he was outside. As I struggle with his unimaginable loss, I’ve found peace in the rush of rivers and streams, the open majesty of the New Hampshire mountaintops where he spent his childhood. The year after his death, I hiked 48 of the state’s tallest mountains in his memory. Hiking has been a way to hide from the trauma of loss, the judgment and stigma of suicide and the reaction to my family’s openness about it. Every step, trail and summit — whether socked in or wide open — has been a way to heal.

The “NH48” is a list of New Hampshire’s highest peaks, all over 4,000 feet in elevation. In 1957, a group of hiking enthusiasts started to track those who climbed them all. Each year, hundreds of people “finish their 48” and apply to be added to the White Mountain Four Thousand Footer Club, which now numbers almost 16,000 hikers.

Finishing the list as a memorial to Ben seemed fitting. About a month after his death, my husband and I hiked Carter Dome and Mount Hight, grief weighing heavy in our hearts and legs. Standing on the summit, I looked out across the mountains my son loved. For a moment, the magnitude of Ben’s death faded into the timeless expanse, and I could breathe.

The next weekend found us on Mount Moosilauke. Then Mount Cannon, Mount Flume, Mount Liberty and so on. Hiking the 4Ks became a series of firsts, of struggles and overcoming them — navigating at night, climbing slides and rock scrambles, camping solo, finding trails and planning routes.

Mount Moriah confirmed a cataclysmic shift in my life: I had overcome my anxiety over hiking alone. Instead of feeling my racing heart and tight throat, I noticed the snow-covered trees, the crystal blue of sky and the soft crunch of my snowshoes in the silence.

Mount Garfield reinforced my belief that the hardest struggles forge the strongest bonds. Even in the best of conditions, carrying a weekend’s worth of gear up over granite at the end of a multiday hike is an exercise in mental fortitude; in pouring rain, it was misery. I cried with nearly every step as I neared the summit. But as I scattered a handful of ashes at the top, the rain ceased and a double rainbow emerged. In the silence, I felt my son. Peace, Momma. Proud of you.

These moments of connection across time and space and loss are forever etched in my memory: being eye-level with an eagle on Bondcliff; watching the sunrise over the Mount Washington Valley from the summit of Mount Madison.

So are stories of people I met and those they lost. Elise, whose husband, Angel, died serving in Iraq, honors him on every hike she takes. We met by chance on North Tripyramid; she texted me that she recently completed hiking the 48 and thought of Ben and me. Charlotte, who has known loss and understands grief, became a dear friend and hiked with me the day I finished the list. 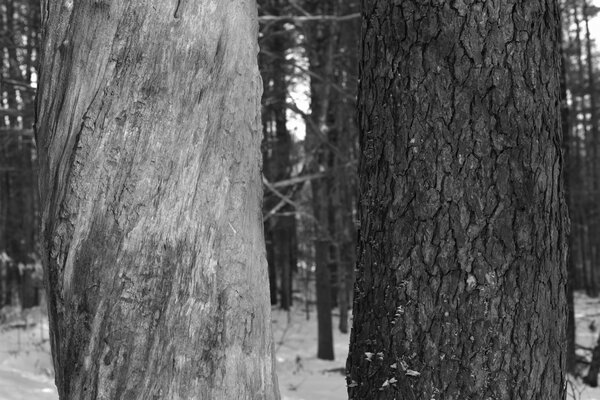 Ben’s loss has led me to a much deeper knowledge and experience of the outdoors than I ever had when he was alive. I’ve gone from being an occasional weekend day-hiker to embracing 20-mile, single-day adventures or going out for days into the backcountry. Maybe, if Ben had lived, I would have done these things with him. Somehow, to my utter regret, I doubt it.

Six days before the anniversary of Ben’s death, I hiked my 48th and final peak: Mount Carrigain. As I stood on the observation platform at the summit and sobbed, I found the essential truth I had been grasping to express for months: The only place that feels vast enough to hold grief this deep and wide is the top of a mountain, looking out into forever.

I miss my son every day. Part of my heart is forever shattered. But out on the rooftops of the world, I feel connected, even if I also feel small. I can let go and hold on at the same time, because I know the mountains can — and do — hold him. Just as grief is a constant in our lives, so are the mountains.

These days, I hike not to hide, but to seek. I find Ben, but I also find myself: someone broken, now reassembling into someone braver and more capable, yet more vulnerable. As with so many people I’ve met, hiking saved my sanity. The forced isolation of grief becomes the welcome solitude of the trail; the peace of nature replaces the pain of loss. Hiking is both exhausting and exhilarating, and it teaches us that grief and joy can coexist.

But there’s another, possibly more important truth: An epic hike is not the only way to find the constancy and peace of the natural world; a simple walk along a park path can have a similar effect. The internal journey of grief blends with our steps, and we find solace along the way.

Cheryle St. Onge (@cherylestonge) is an artist and educator. In 2009 she was the recipient of Guggenheim Fellowship in photography.

If you are having thoughts of suicide, call the National Suicide Prevention Lifeline at 1-800-273-8255 (TALK) or go to SpeakingOfSuicide.com/resources for a list of additional resources.

More from our inbox: To the Editor: Re “Immunized People Can Spread Virus, the C.D.C. Reports” (front page, July 31): That vaccinated people with breakthrough infections of the Delta variant can spread the virus just as readily as the unvaccinated is truly upsetting news from the Centers for Disease Control and Prevention. Like a lot […]

Want to get The Morning by email? Here’s the sign-up. Good morning. We look at the latest data on the virus, in three charts. Let’s check in on the latest coronavirus data this morning, with help from three charts. The first shows that the situation in Europe has worsened over the past week — but […]

Editorial: Remembering Richard Lamm and his fight for Coloradans

This is another News Portal > World News > German economy to shrink by more than 6% this year: government source