Shapps says UK is ‘ready for a degree of disruption’

Grant Shapps said only 20 percent of Britain’s food supplies arrive into the UK via haulage as the majority is shipped through unaccompanied freight. France sparked concerns about food being able to get into the country after Emmanuel Macron’s Government announced all travel to and from the UK would be shut down. Mr Shapps insisted the British supply chain is “pretty robust” and should be able to sustain demands from the public despite the disruption.

The Conservative frontbencher told Sky News: “The supply chain is pretty robust in as much as you get variations in the supply all the time. For the most part, people won’t notice it.

“What we need to do is that the short-term issue with hauliers specifically is resolved.

“It’s not a majority of the market, it’s actually a minority of the market that happens to come across this particular crossing and we’ve got contingencies in place for what we call Category 1 goods like medicines and any emergency product. From that point of view, it won’t cause problems.”

Mr Shapps also insisted the distribution of the coronavirus vaccine will not be affected by the disruption as most of the batches arrive via container rather than haulage. 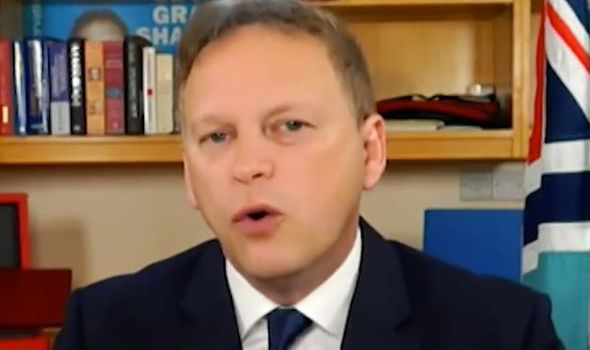 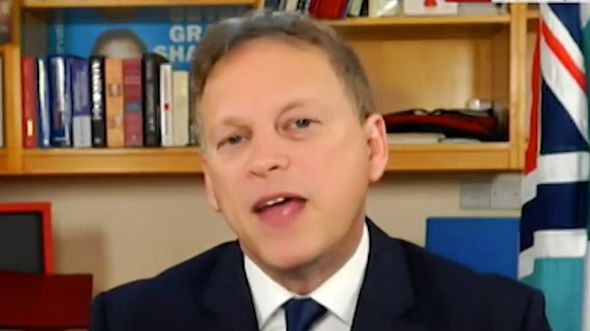 The Transport Secretary however said he has been in touch with his French counterpart, Jean-Baptiste Djebbari, to resolve the issue as quickly as possible.

France followed in the footsteps of several other European countries in imposing a travel ban on UK travellers after Health Secretary Matt Hancock admitted the coronavirus pandemic is “out of control”.

Paris said the restrictions on hauliers will remain in place for at least 48 hours, during which the Eurotunnel will remain closed.

In response to the border shutdown, London also ordered the Port of Dover to stop all travel towards the continent.

French Health Minister Olivier Veran on Monday suggested the new strain of coronavirus that sparked the closure of borders may already be circulating in the country.

The new variant of the virus was first identified in the UK in October and was found to be at the root of two-thirds of new infections recorded in London and the southeast of England in December.

Matt Hancock warned the strain has been found to be more virulent and easier to spread.

Italy reported two people returning to Rome from the UK this week had to be isolated after tests showed they had caught the new strain.

Do it or else! Von der Leyen issues dire warning to EU leaders who reject €750bn bailout

We will use your email address only for sending you newsletters. Please see our Privacy Notice for details of your data protection rights. The European Commission President said an agreement over her proposed €750 bailout for pandemic-stricken economies would help the bloc emerge from the crisis. Arriving at the European Council summit, Mrs von der […]

In Hawaii, which is running an all-mail vote for the first time, 484,000 voters had already cast their ballots, compared to 429,000 in 2016. In Texas, almost as many people voted early in person — 8.7 million — as voted in total in the last presidential election. As of Tuesday morning, at least four states […]

George P. Bush is running for attorney general in Texas — by courting Trump.

George P. Bush — son of Jeb Bush, nephew of George W. Bush and grandson of George H.W. Bush — is running for attorney general in Texas, and away from the legacy of antipathy to former President Donald J. Trump embodied by his own last name. The new campaign beer cozies handed out to supporters […]

This is another News Portal > World News > Last decade most expensive for natural disasters: report