An Ode to the Before Times

I miss things that used to be normal — hugging a friend hello, making small talk at the office — “Hey, is that a new pen?” — the joy of singing in public. “(SINGING) Ah.” I miss dancing late at night in a crowded space, sharing the air with 100 people I’ve never met. I miss standing shoulder to shoulder on the train between Perfume Lady and Tobacco Breath and then sneezing without anyone looking twice. “Achoo.” I miss the smell of wet sweat at the gym sauna, my own exertion, and the hard work of others in moist harmony. I know this is a feeling of nostalgia, when our brains tap into sometimes sweet, sometimes random memories to stabilize the unstable as an antidote to loneliness. And I’m not the only one grasping for what’s gone. We all want to be taken back to the “before times,” where you could blow spitballs from the bushes or share an ice cream cone with a stranger — a previous life where you could whisper tenderly to the person in front of you in line — “Hello, miss.” — the days where you could throw up on an airplane without shame, on a spontaneous journey to the other side of the world, where you could convince a Serbian warlord to take your hand in marriage by planting the juiciest kiss known to man, making you heiress to a substantial plot of fertile Eastern European farmland. The sweet past when people would pay twice the market price to drink homegrown vegetable soup from your palms until, one night, your nephew, Yakov, brings home the slain chicken stolen from a rival village, shattering the valley’s fragile peace. I long for the days when our suffering comes not from a virus, but, once again, from a hot and bloody war to defend the honor of our family name, for the moment when, in the heat of battle, I turn on my warlord husband and plant my sword deep in his stony heart, usurping his place as head of the family. I live my life in fear of his vengeful descendants, not of a dry cough. But the hard truth is, as much as I yearn again for a time when things made sense, I realize that life is gone. The village people won’t sip vegetable soup from my palms as they once did. Yakov can never unkill that chicken. And if I’m being honest, the gym sauna isn’t all that appealing anymore. “Hey, you can’t just film in here. What are you do —” Instead, in some future reality, maybe I’ll be nostalgic for this crazy time, when I take pleasure in a half-risen loaf of sourdough and wear the same sweat pants for a month straight. And the truth is, sometimes late at night I do question whether the old reality was ever so normal in the first place. But in whatever insanity our new normal comes to look like, I really just hope I can hug a friend. 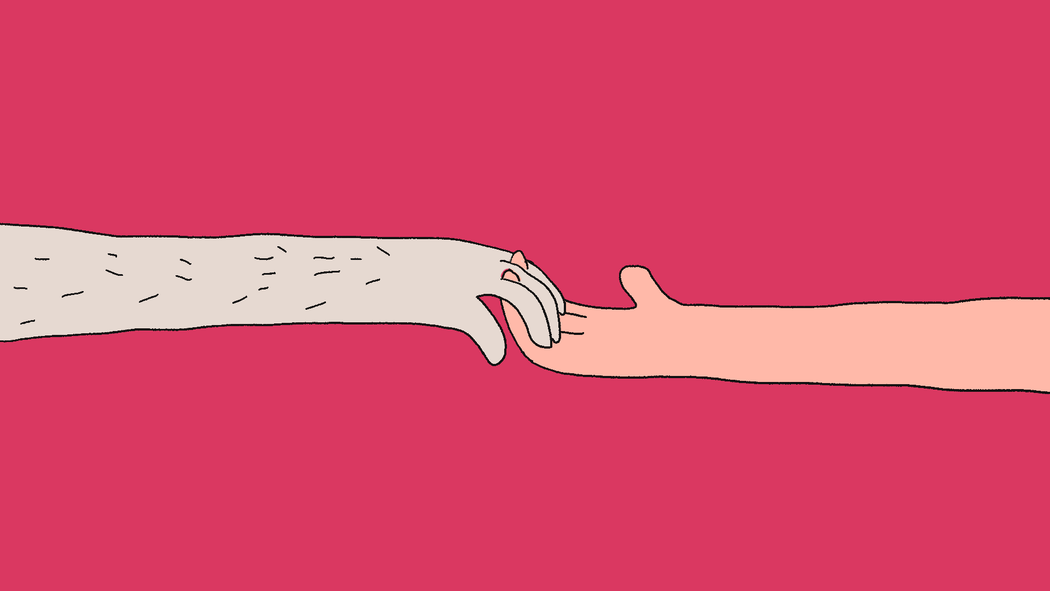 We all miss things that used to be normal — hugging friends, dancing in crowded places, not being terrified of standing near someone with a dry cough. But what about everything else that we took for granted? After nearly a year of social distancing, a new normal is starting to settle into place, and memories of how things used to be are only growing hazier. When we finally emerge on the other side of all this — hopefully with our sanity loosely intact — will we come to miss this strange year, too?

Tala Schlossberg (@TalaSchlossberg) is a producer and animator with Opinion Video.

FILE PHOTO: A clock face is seen outside of the London offices of the Daily Mail newspaper in London, Britain, April 28, 2018. REUTERS/Toby Melville/File Photo(Reuters) – The owner of Britain’s Daily Mail said on Tuesday it was close to agreeing a deal with its pension trustees that could see Rothermere Continuation Ltd pay them […]

Opinion | How to Listen to ‘The Ezra Klein Show’

Every Tuesday and Friday, Ezra Klein (@ezraklein) invites you into a conversation about something that matters. Available wherever you get your podcasts, including: Apple Podcasts Spotify Google Podcasts Stitcher RSS feed To listen and subscribe to the podcast, follow these instructions: On a desktop or laptop You can find all episodes at nytimes.com/ezra-klein-podcast. Click the […]