The season is adding pressure on retailers, strained by a pandemic surge in e-commerce and limited by shippers, to deliver gifts on time. 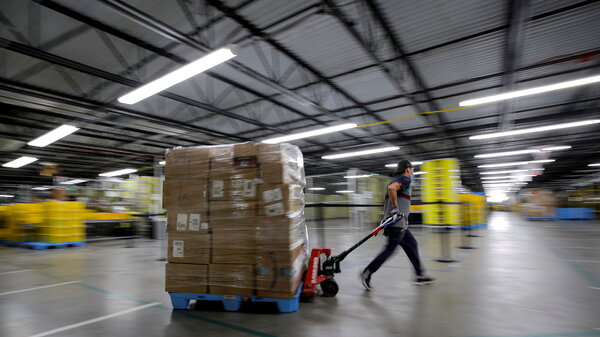 By Michael Corkery and Sapna Maheshwari

E-commerce became a lifeline for consumers and companies during the pandemic. But this holiday season, online shopping will strain the industry as never before: An estimated three billion packages will course through the nation’s shipping infrastructure — about 800 million more than delivered last year.

This flood of packages is hitting shipping companies at the end of a year of frenzied demand for everyday household items by a public largely stuck at home and wary of doing its buying in person. The deliveries could make or break some smaller retailers already on the edge financially because of lockdowns and fewer customers in their stores.

Packages that don’t arrive by Christmas will be a disappointment for customers but a disaster for these struggling retailers, which have been forced by the coronavirus pandemic to rebuild their business around e-commerce. The future of retailing is increasingly online, and companies don’t want to give customers any reason to think they can’t deliver.

“Everyone is preparing for the worst and holding their breath,” said Ravi Shanker, a transportation analyst at Morgan Stanley. “It is far easier to lose at peak shipping than to win.”

To cope with the surge, the large shipping companies have expanded weekend deliveries and hired more workers. They have also played hardball with retailers, introducing steep holiday surcharges on shipments and enforcing strict limits on how many packages companies can send out each day.

FedEx and UPS, the biggest private carriers in the United States, have enormous leverage over how many packages will be delivered and when, and some retailers worry about pushing back against their demands for fear of being cut off.

But the carriers are also under pressure, largely from Amazon, which has been building out its own logistics business and is becoming increasingly independent in shipping. If more retailers falter this holiday, that only strengthens Amazon’s dominance.

By one accounting, 7.2 million more packages need to be shipped each day this holiday season than the system has the capacity to handle.

That figure came from ShipMatrix, which provides technology to the shipping industry. Its president, Satish Jindel, said expanded weekend deliveries were covering part of that shortfall, “but not all of it.”

“Demand exceeds capacity, no matter what part of the country you are in,” he said.

Many brands, both large and small, have yanked forward order deadlines for customers who want to receive items by Christmas and posted reminders on their websites to order early.

Beatrice Bakery in Beatrice, Neb., which expects to sell 750,000 pounds of fruitcake this holiday, set a cutoff of Dec. 9 — nearly a week earlier than last year — while the Disney Store is advertising a Dec. 10 deadline. 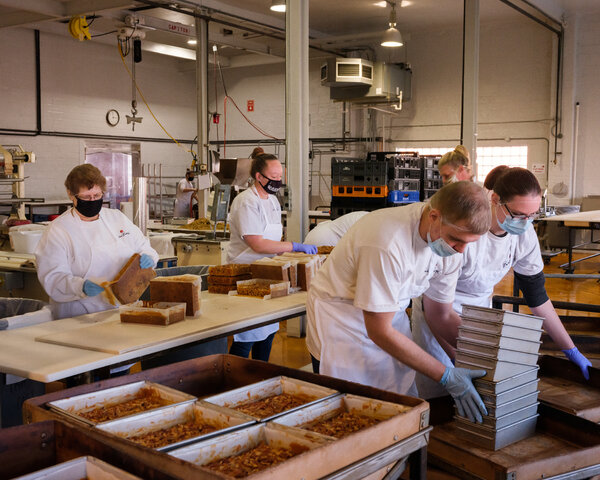 Typically, shipping volumes during the holidays are 30 to 40 percent higher than at other times of the year. But those levels were being reached this year long before people started buying Christmas gifts. Even Amazon struggled to keep up with the demand in the early days of the pandemic.

The shipping companies say they are better prepared for the holidays. FedEx said it was hiring 70,000 seasonal employees, and UPS said it would hire 100,000. That expansion pales next to the preparation at Amazon, which said it was building 100 new fulfillment warehouses, sorting centers and delivery facilities across North America. The company has hired 275,000 full-time and part-time workers since the start of the year and 100,000 seasonal workers to handle the increased volume.

Major shipping companies are also preparing to distribute coronavirus vaccines, though most of those shipments are not likely to start until next year.

Some retailers are already reporting delays.

Executives at Kendra Scott, the contemporary jewelry brand, said they had discussed rising sales during the holidays with UPS, but were told this week that deliveries would be delayed because of capacity issues. On Wednesday, an alert about the delays was at the top of the Kendra Scott website.

“I don’t know how it could be as unexpected as it appears to have been,” said Tom Nolan, the brand’s president. “We are not getting what we were told we would get when we embarked on our holiday season.”

Mr. Nolan said the delays were particularly frustrating because customers tended to blame the brands, rather than the shipping companies. “We’re paying a fee to a shipping provider to hold them to the expectations we have,” he said.

Kendra Scott employees scrambled, including moving goods to some of its 100-plus stores and warehouses that were closer to certain customers. But Mr. Nolan was uncertain about how the rest of the month would look.

“We’re trying to work that out now and anticipate, coming closer to the holidays, is this going to get better or going to get worse?” he said. “This is not a free service that we’re talking about. We pay a premium to get this done effectively, and the expectation is that it’s done effectively.”

One retailer that sells apparel and accessories has already been grappling with UPS’s capacity restrictions and surcharges, which can add several dollars to a package and increase its overall cost by 25 to 40 percent, according to two company executives, who spoke on the condition of anonymity, citing fear of retaliation from UPS.

The parcel limits were based on holiday volumes from last year, even though many more people are shopping online this year. Once a day’s quota is reached, remaining parcels must be pushed to the next day, the executives said, a move that can then snowball into other days.

Over all, delays have been relatively minimal so far, analysts say. A UPS representative said the carrier was “delivering previously agreed upon, collaboratively planned package volume, but there are limits on unplanned volume until we have capacity in our network that we can steer it toward.”

Still, many retailers are urging customers to pick up orders in stores or curbside.

Several major chains have begun partnerships outside the orbit of major carriers, offering same- or next-day delivery. Sephora and Best Buy have deals with Instacart, while Bed Bath & Beyond teamed up with Shipt. But they are costly alternatives and capture a small slice of business.

Helena Price Hambrecht, a co-founder of Haus, an aperitif brand in Sonoma County, Calif., said she had been told that starting on Wednesday, the local FedEx truck would limit order pickups from her company to 500 per day through December. The company will use its own vehicles to drop off its remaining orders at FedEx hubs in the area.

“People don’t realize the dance going on behind the scenes, and this year it all really came to the surface because the more layers of supply chain you rely on, the more things can break,” Ms. Hambrecht said. “A lot of it is expectation-setting, but a lot of it is happening at the last minute because people are having last-minute situations come up. It really is the Wild West right now.”

When asked about Haus, FedEx said, “We work closely with our customers to understand their volume and identify opportunities to ensure the best possible service throughout the season.”

The shipping calculus for the smallest retailers leaves little margin for error. Doug Haney, who owns Bike Adirondacks, a cycling business in Saranac Lake, N.Y., ships his products though the U.S. Postal Service. This year, the shipping rates for smaller items like T-shirts and hoodies have gone up, and Mr. Haney is absorbing some of the costs.

“A $5 price point for shipping for a small order is what people want to spend,” he said. “Otherwise, it becomes unappealing.”

Shipping companies are walking a tightrope, too. In some past years, they were criticized for not having enough employees to handle the packages, leading to delays. But in other years, investors criticized them for hiring too many drivers and sorters, lowering profits.

“You have to match the resources with the volume,” said Mr. Shanker, the Morgan Stanley analyst. “It is easy to get that wrong.”

Consumers have been following unpredictable shopping patterns this year. Working from home, many started online holiday shopping earlier and during work hours. There were fewer online sales on Cyber Monday, after the Thanksgiving weekend, than analysts had predicted, leading some to believe that the shopping season is being spread out over many months and that a shipping crunch can be avoided.

“Some of this increased anxiety about shipping delays is real, and some of it might be manufactured,” said Dave Gill, vice president of Insights and Analytics for Rakuten Intelligence.

Richard Meyer, president of Beatrice Bakery, whose signature offering is Grandma’s Fruitcakes, said he thought shipping companies were placing the onus on the merchants to manage expectations. Last week, he received an email from a big carrier advising how to talk to customers about shipping issues.

“We are the ones that have to do the explaining,” Mr. Meyer said.

Contact Michael Corkery at michael.corkery@nytimes.com and Sapna Maheshwari at sapna@nytimes.com.

FILE PHOTO: An Adobe Systems Inc software box is seen in Los Angeles, California, U.S., March 13, 2017. REUTERS/Lucy Nicholson(Reuters) – Adobe Inc ADBE.O said on Monday that it has put a new set of artificial intelligence tools into its digital marketing software with the aim of helping companies sharpen their marketing campaigns. Once known […]

MEXICO CITY (Reuters) – President Andres Manuel Lopez Obrador will lay out a roadmap on Wednesday for Mexico to re-open its economy, with a focus on the automotive sector whose supply chains are closely interwoven with U.S. carmakers. The U.S. government and automotive companies have called on Mexico to reopen factories serving the U.S. market, […]

France to Britain: No fish for finance deal

Russia confirms its participation in OPEC+ meeting on April 9