In a sparkling, saturated market, acquiring your next favorite accessory can create a paradox of choice, be it lusting after gem-laden jewelry or a diamond-encrusted timepiece. That’s why Mayors sees an opportunity to strategically position itself as a one-stop-shop, from perusal to purchase and caters its selection to meet the desires and expectations of the modern consumer.

Mayors, an e-commerce and brick-and-mortar jewelry and timepiece retail brand that was acquired by The Watches of Switzerland Group in 2017, has recently evolved almost every aspect of its business. Self-described as a “destination” lifestyle jewelry and watch retailer, the brand takes an inclusive approach to luxury, as its customer can be categorized as high-end or aspirational, which aligns with the mission of its parent company.

For a heritage brand just over 110-years old, catering to a modern consumer means staying on top of what women want now – and according to Mayors, that’s some semblance of mixing jewelry and layering to reflect individual style – with an emphasis on quality and enduring craftsmanship.

David Hurley, executive vice president of The Watches of Switzerland Group, told WWD, “Earlier on, Mayors differentiated itself with its outstanding service and exceptional product offering and it continued that for generations — we just celebrated 110 years. Over the years, Mayors expanded and is now the premier jewelry and watch resource in Florida and Georgia.  We not only offer a wide array of leading timepiece and jewelry brands, including Rolex, Omega, Bulgari, Mikimoto, Gucci and Messika, among others, but we also offer bespoke services to its discerning clients.”

Hurley added, “Now being part of The Watches of Switzerland Group, Mayors is in the midst of a wave of expansion and modernization. New store designs and renovations are coming across the Mayors portfolio and boutiques are expanding in key markets like Aventura. In Atlanta, the Mayors team also oversees both a Rolex and an Audemars Piguet boutique.” 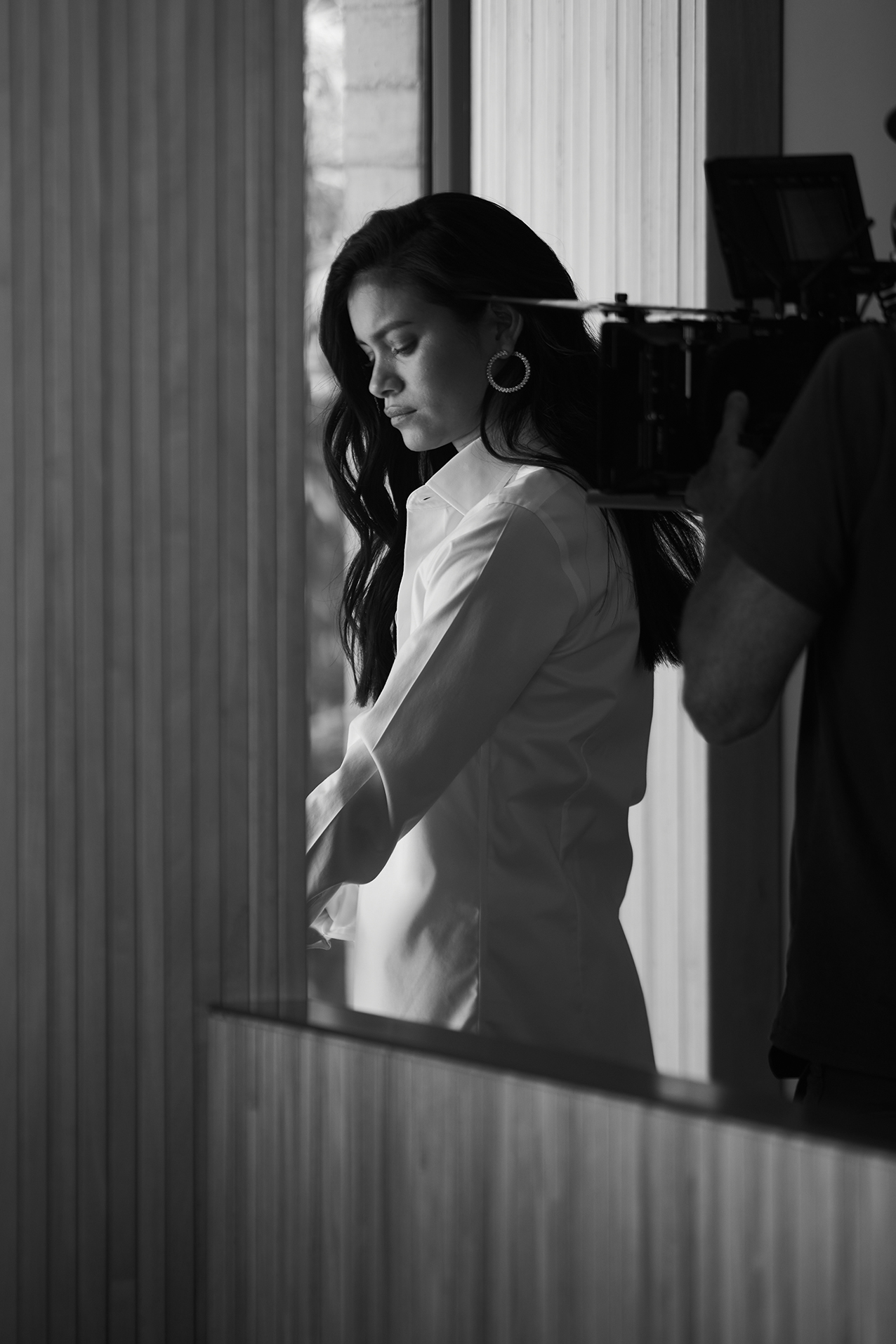 A pair of bold hoop earrings complete the look. Image courtesy of Mayors.

Mayors’ key differentiator is how it caters to the modern jewelry and watch consumer. Hurley told WWD that the brand has a “solid understanding” of how today’s consumers are shopping – and living. “When it comes to jewelry, she wants to express her individuality. That could mean a statement piece that defines her look, or jewelry wardrobe essentials that she never takes off.”

As far as growing trends, Hurley added that distinctive, personal style has risen above lusting after typical designer pieces. “Increasingly she’s layering in different pieces to create her own distinctive look. We recognize that at Mayors, and so you’ll see the store merchandised to accommodate that. It is also a big part of our new campaign and you’ll see that reflected on our social channels. The idea is to assist in providing ‘shop the look’ opportunities across the board.”

The “Shop the look” functionality will soon be a new feature on Mayors.com, allowing customers to seamlessly shop the looks worn by models throughout its campaigns, which speaks to Mayors’ aim to reflect their client’s predilection for mixing and styling jewelry from a variety of brands. The company’s new image campaign, which is set to debut in January, was shot by creative director and photographer Jay Gullion, styled by David Thielebeule and features models Juana Burga and Gizele Oliveira.

Set in a dreamy modernist hilltop home overlooking Topanga Canyon and the Pacific Ocean, the campaign strives to be both aspirational and attainable, offering a view through the “Mayors lens” as it relates to women, style, wardrobing, and investment.

Katie Reed, vice president of marketing at Mayors’ parent company, The Watches of Switzerland Group, noted that “there is a strong duality to modern women, and we wanted the new campaign for Mayors to embody that complexity. We have had the fortunate opportunity to align best in class creatives who understand and can translate the Mayors universe through compelling visual storytelling.”

LONDON (Reuters) – Stock markets struggled for direction on Friday as investors worried about a lack of detail in the U.S. Federal Reserve’s policy shift while Japanese markets were roiled as Prime Minister Shinzo Abe resigned for health reasons. The Fed’s widely-awaited shift in its policy framework, unveiled on Thursday, saw the central bank place […]

As Allure magazine prepares to open its first retail store in SoHo, there has been a big change at the top. Editor in chief Michelle Lee just took to her Instagram to announce that she is leaving the beauty title after close to six years and is joining Netflix’s marketing team as vice president of […]