A confidential consultation between European Union Defence ministers was the victim of a hack. Journalist Daniel Verlaan from RTL News had managed to join the virtual meeting after guessing the password. This was possible because the Twitter account of Dutch Minister Ank Bijleveld briefly contained a photo with the login address and part of the pin code.

In footage taken, Mr Verlaan appears shocked as he realises he has actually made it onto the call.

He waves at the participants, causing many people to laugh.

The EU’s Minister for Foreign Affairs Josep Borrell jokingly asks: “How are you?”

The journalist replied: “I’m fine, how are you?” 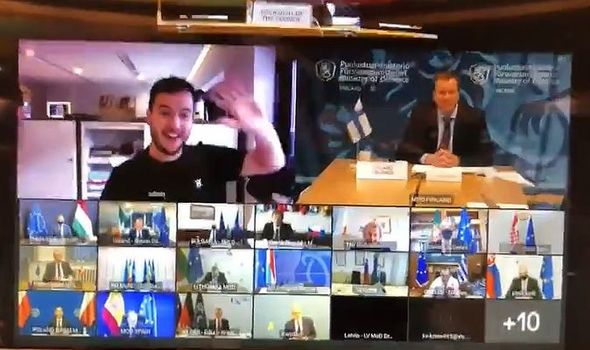 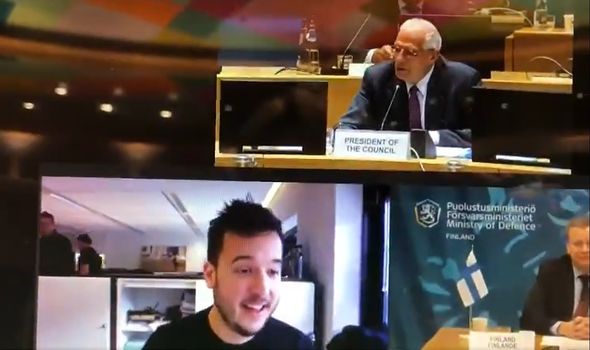 Mr Borrell told him: “You know that you have been jumping into a secret conference?”

“I’m sorry for interrupting your conference. I’ll be leaving here.”

The EU official added: “You know it’s a criminal offence, huh? You’d better set off quickly before the police arrives.” 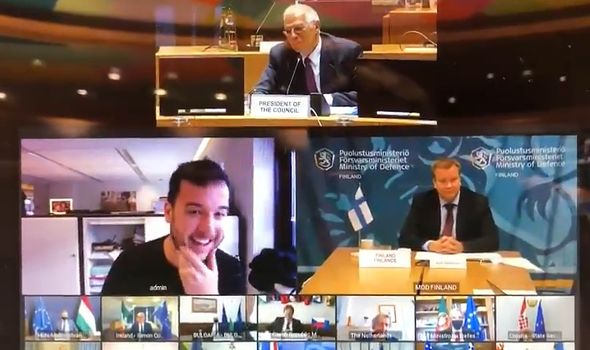 The Dutch tech reporter decided to sign off then, saying “bye bye” to the conference before exiting the call.

Throughout the exchange, laughter can be heard coming from a lot of participants.

Mr Borrell apologises to the members even as many appear amused at the situation. 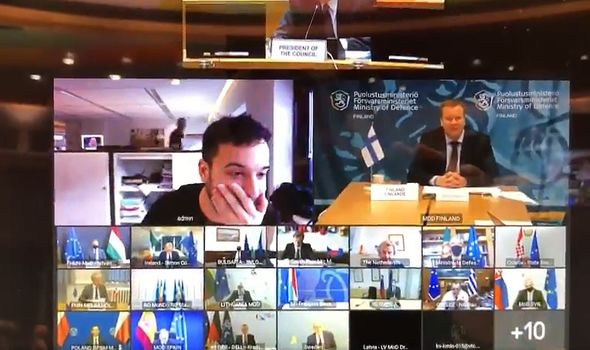 The meeting was subsequently stopped because the confidential nature could no longer be guaranteed.

RTL News explained that they obtained the correct pin code because five of the six digits of the pin code were visible in Minister Bijleveld’s photo.

A Dutch defence ministry spokesperson said: “An employee accidentally tweeted a photo with part of the pin code.

“The photo was then deleted. A stupid mistake.

“This shows how careful you should be careful when sending a picture of a meeting.”

By Siddharth Cavale (Reuters) – Six months after Unilever’s <ULVR.L> <UNc.AS> Alan Jope suggested he may get rid of brands without “purpose”, investors are wondering when he will deliver. Their sights have long been set on the Anglo-Dutch firm’s foods business, which has lagged growth in the rest of the consumer goods giant for most […]

LONDON (Reuters) – Archaeologists have discovered a wide circle of deep pits surrounding an ancient settlement near Stonehenge, opening up new lines of investigation into the origins and meaning of the mysterious, prehistoric monument. Among Britain’s most recognisable landmarks, the standing stones at Stonehenge draw tourists from around the world as well as people searching […]

By Yingzhi Yang and Julie Zhu BEIJING/HONG KONG (Reuters) – Temasek Holdings and Trustbridge Partners have held talks with WeWork China over increasing their stake in the China branch of the troubled co-working startup to take majority ownership, three people familiar with the matter told Reuters. The plan values WeWork China at around $1 billion, […]

Opinion | The Powerlessness of Persuasion

This is another News Portal > World News > Activist investor Starboard says it has 9.3% stake in software firm Commvault