Police and transit officials in New York City are still sizzling after a man fired a flamethrower atop a city bus in an unsanctioned stunt for a music video.

Multiple videos posted on social media show a shirtless man leaping from the top of an ice cream truck onto a passing bus, then firing a flamethrower into the air and onto the street. One video appears to have been shot from a drone, while another was recorded from in front of the ice cream truck at the scene.

The incident happened on Nov. 8 at a B-26 bus stop in Brooklyn, NBC New York reports.

The New York Police Department (NYPD) and the Metropolitan Transit Authority (MTA) say they are investigating the incident. No injuries were reported.

“We don’t even need to say how absurd, dangerous and just plain stupid this was. The reckless individual who torched over the top of an occupied city bus put New Yorkers, including the bus operator, in life-threatening peril,” an MTA spokesperson told NBC New York.

He added that the driver halted the bus and evacuated the roughly two dozen passengers inside.

“We are grateful the courageous actions of the operator in moving riders to safety minimized risk, and are cooperating fully with the NYPD investigation,” the MTA spokesperson said.

Using a flamethrower is not illegal in New York City, although a state bill is in the works to outlaw possession of such a weapon. 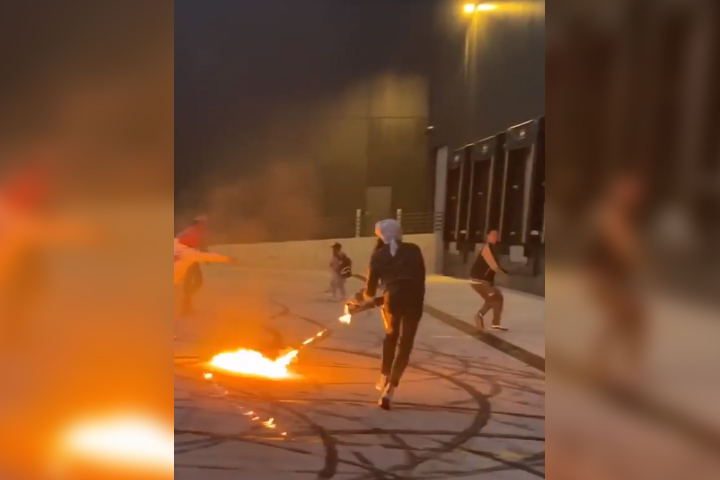 Witnesses told CBS 2 that the bus stunt was the grand finale for a music video.

Dupree G.O.D has not commented on the incident.

No arrests or charges had been announced as of Wednesday morning.

Opinion | This Is What a Post-Roe Abortion Looks Like

Supported by Send any friend a story As a subscriber, you have 10 gift articles to give each month. Anyone can read what you share. Video by Ora DeKornfeld, Emily Holzknecht and Jonah M. Kessel Ms. DeKornfeld is a documentary filmmaker. Ms. Holzknecht is an associate producer for Opinion Video. Mr. Kessel is the deputy director […]