The President spoke out against “Islamic separatism” as France reels from a spate of devastating terror attacks in recent weeks. In a letter to the Financial Times, Mr Macron said hateful comments “in the name of a distorted Islam” had led to the beheading of teacher Samuel Paty near his school.

The Chechen 18-year-old who carried out the despicable act was shot dead by police who later arrested and charged seven people over the teacher’s death.

He said children are falling victim to radical Islamic teachings online and are being misled to disregard the laws of the land.

Mr Macron wrote: “Since 2015 it has become clear, and I said this even before I became president, that there are breeding grounds for terrorists in France.

“In certain districts and on the internet, groups linked to radical Islam are teaching hatred of the republic to our children, calling on them to disregard its laws.” 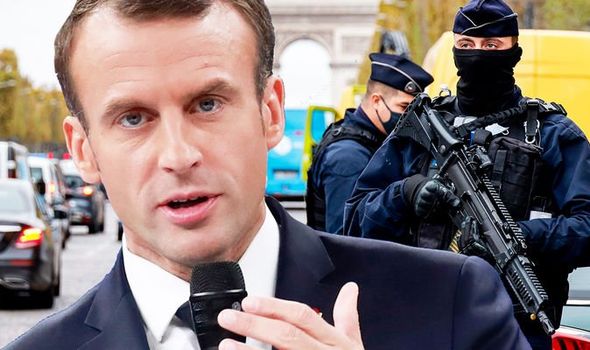 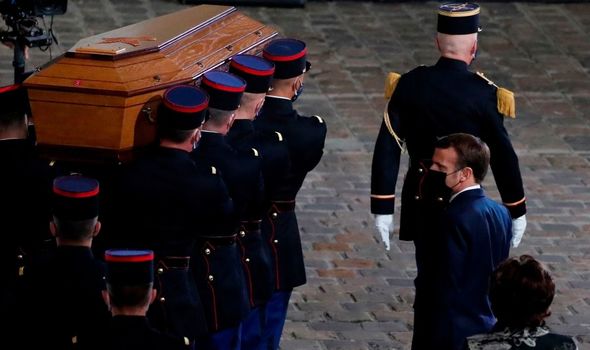 He added: “If you do not believe me, read the social media postings of hatred shared in the name of a distorted Islam that resulted in Paty’s death.

“Visit the districts where small girls aged three or four are wearing a full veil, separated from boys, and, from a very young age, separated from the rest of society, raised in hatred of France’s values.”

He rejected the notion that France was fighting against any particular religious group, insisting the battle was against “designs of hatred and death that threaten” the younger generation

but “never against Islam”.

France, home to Europe’s largest Muslim community, has been hit by a string of militant attacks in recent years. 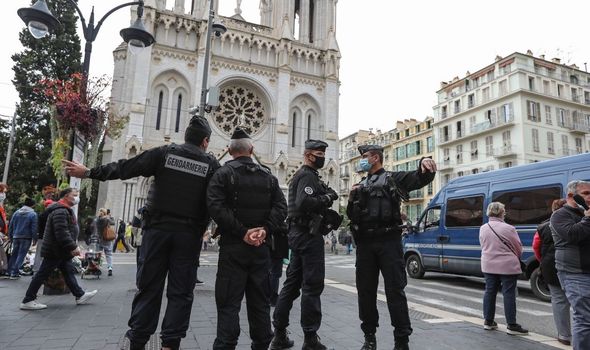 On Thursday Mr Macron warned the threat from Islamic terror is long-term and said it is often linked to illegal trafficking.

In a bid to bolster its border controls, France will double its police numbers at the boundaries to 4,800, Mr Macron said. 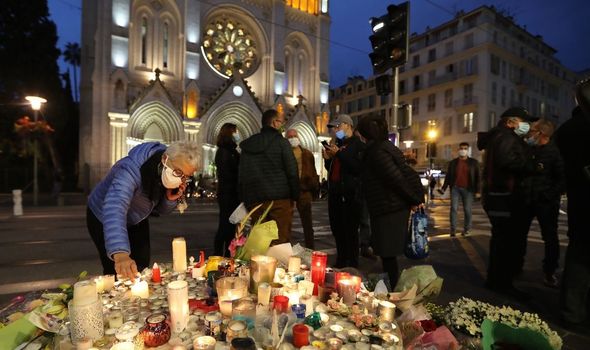 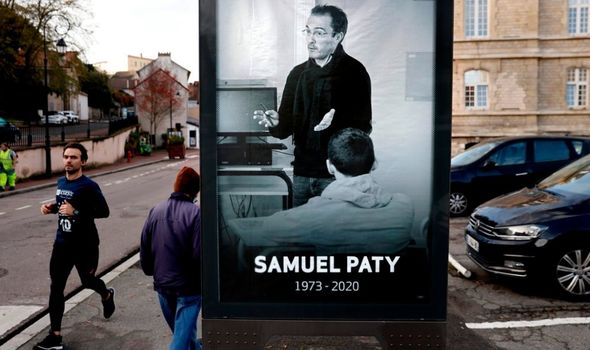 Speaking during a visit to France’s border with Spain, the French President said the increased controls target illegal immigration amid “a growing terrorism threat”.

Mr Macron also called for EU border controls to be strengthened in light of recent events in his country as well as in Austria.

He said: “I am in favour of an in-depth re-foundation of Schengen to re-think its organisation and beef up our common border security.”

Two weeks after Mr Paty was killed after he has shown Prophet Muhammad cartoons to his class, France was rocked by another terrorist attack.

On October 30 a knife-wielding Tunisian man shouting “Allahu Akbar” (God is Greatest) beheaded a woman and killed two other people in a church in Nice.

Responding to the deadly attack, France’s interior minister Gerald Darmanin warned: “We need to understand that there have been and there will be other events such as these terrible attacks. 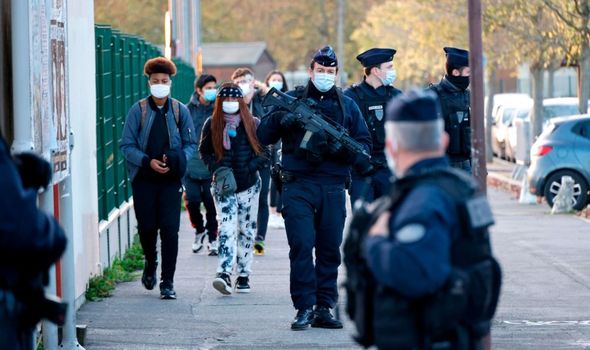 “We’re at war against an ideology, Islamist ideology.”

The 21-year-old suspect, Brahim Aouissaoui, was shot by police and taken to hospital in a critical condition.

It later emerged he had spoken to his family in Tunisia just hours before he launched his attack on the Notre Dame Basilica.

By Alexandra Alper and Steve Holland WASHINGTON (Reuters) – U.S. President Donald Trump announced a plan on Tuesday to send money to Americans immediately to ease the economic shock from the coronavirus crisis and said military-style hospitals will likely be deployed to virus hot zones to care for patients. Treasury Secretary Steven Mnuchin, appearing with […]

TOKYO (Reuters) – Toyota Motor Corp <7203.T> on Monday said it plans to restart limited production at vehicle plants in France and Poland from April 22 after closing them due to the coronavirus pandemic. Most other plants in Europe, North America, Latin America and Asia will remain closed for now, it said in a news […]

(Reuters) – U.S. regulators have opened a probe regarding Marlboro maker Altria Group Inc’s <MO.N> investment in e-cigarette maker Juul Labs Inc, according to a person familiar with the matter. The U.S. Securities and Exchange Commission is investigating whether the Marlboro maker adequately disclosed the risks to its shareholders when it spent $12.8 billion in […]

This is another News Portal > World News > As Lebanese struggle to make ends meet, living costs set to soar higher