Scottish political analyst firm European Merchants argues the next US president will have a huge impact on the relationship between the two countries. The firm said in the report called “Scotland’s Outlook on America’s Vote: Ramifications for Scotland of the 2020 US Presidential Election” that Scotland needed to start building a “deeper bilateral political relationship” with the country.

Political scientist Anthony Salamone, who wrote the report, said in the paper: “The focus for Scotland should be to nurture long-term links which can develop whatever government holds power in Washington or Edinburgh.

“Purposeful consideration should now be given to how to proactively and strategically develop the US-Scotland relationship, whatever the result of the independence debate.”

According to Mr Salamone, Scotland would benefit from “close political, economic, social and cultural connections with the US” but warned these relations should be built “from Scotland’s present constitutional position”.

He added: “It is imperative that US-Scotland relations are fully insulated from the Scottish independence debate. 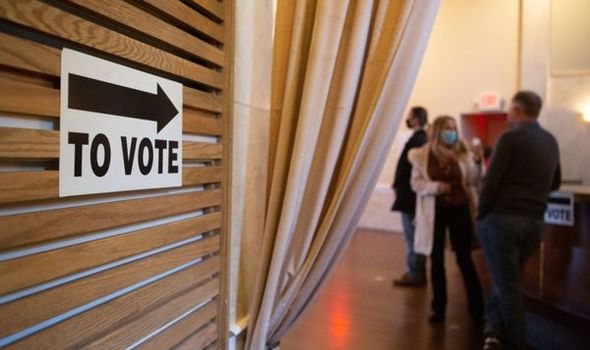 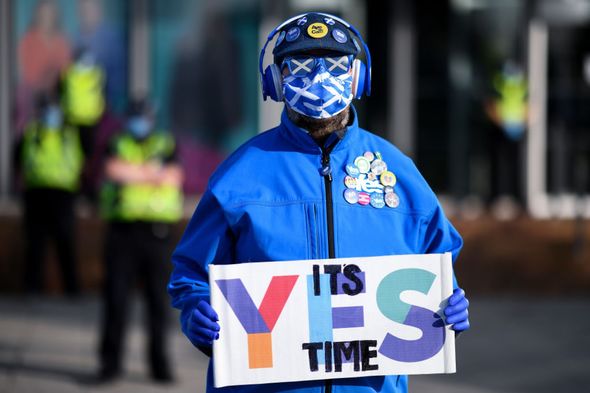 “Internal constitutional affairs should not form part of Scotland’s external relations, including at the political level, else their practical value will be limited.

“To be sustained, positive bilateral relations must be focused on matters of mutual interest and opportunity.

“It must be noted that Scotland will operate within the current limitations of its external action for years to come – as part of the UK or during a transition to independence.”

While Donald Trump has said a second referendum “would be terrible”, Mr Biden has been scarce on his comments about the Scottish independence and has only given a diplomatic answer during his campaign. 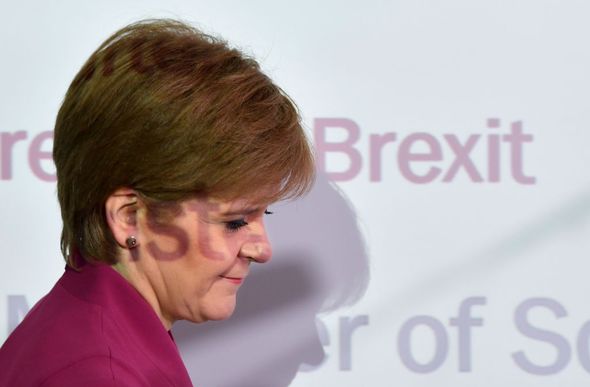 He said at a recent rally: “I learned from Scottish friends, the last thing to do is to suggest to a Scot what he should do.

“So I’m going to stay out of that. We have a great alliance now.”

Mr Salamone continued: “The common idea that Scotland has to choose between close links with the EU or the US is wrong and needs to be called out.

“Scotland needs both relationships and should do more on both. 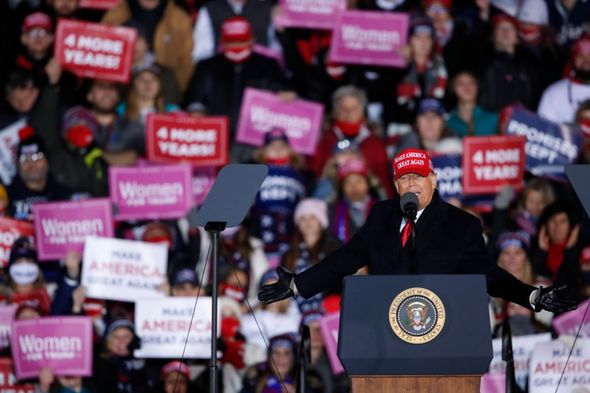 “The negativity around a trade deal with the US makes it harder to build new bridges.

“The US-Scotland relationship needs to be able to carry on regardless of different governments or differing points of view.”

More than 100 million votes were cast before Election Day polls even opened this morning making up 73 percent of the overall votes that were cast in the 2016 election.

The winner of the election will be in the White House until 2025 and could likely be in power at the time of any future referendum in Scotland.

Referring to the support for independence, SNP Depute Leader Keith Brown, said: “Scotland’s voice has been ignored by Westminster from day one of the disastrous Tory Brexit process.

“We voted overwhelmingly to remain in the EU, yet Tory governments that we didn’t vote for – led by the likes of Boris Johnson – are dragging us out of Europe against our will.

“Record numbers of voters now support independence because it’s clearer than ever that this is not a partnership of equals – the UK government can’t be trusted to act in Scotland’s best interests.

“Support for independence is rising every day and the SNP will stand on a clear message at the Holyrood election next May that people in Scotland  have the right to choose their own future.”

Here’s how in-person teaching is playing out across the country.

New York City public schools are reopening at a time when some schools in other states are already several weeks into in-person teaching. Some districts seem to be doing well, but others are contending with mass outbreaks, hospitalizations and several reported deaths. The data is showing that school reopenings tend to do well in areas […]

Vietnam in deals to buy Laos electricity from 2021

Victoria has confirmed seven new locally acquired Covid-19 cases. Authorities confirmed the seven cases were linked to a returned family and a crew of removalists, who both came into the state from New South Wales while unknowingly infectious. Four of the new cases live on the third floor of the Ariele Apartments in the inner-west […]

Honda will halt all North American production for six days