Seven members of the Court of Master Sommeliers, Americas, an elite body of wine professionals, have been suspended from all court activities, and another has resigned after a New York Times report last week on the group’s longtime pattern of sexual harassment and conflicts of interest.

The men suspended — Greg Harrington, Eric Entrikin, Robert Bath, Matt Stamp, Matthew Citriglia, Drew Hendricks and Fred Dame, a co-founder of the organization — will be subject to an external investigation, a representative for the court said. They are suspended from court activities but not from the court itself, pending a hearing process required by California law. (The court is a registered nonprofit based in Napa, Calif.)

Each of the men has been accused of sexual misconduct involving women who were candidates for the court’s top title of master sommelier. Each already holds that title, and wields enormous influence over the women’s ability to advance in the profession.

On Monday, the 27 women who belong to the 165-member court issued a public apology to the women named in the article, and demanded specific changes to the court, including an overhaul of its ethical policies by an independent third party and immediate postponement of board elections, scheduled for Nov. 11.

The U.S. group, established in 1997, is part of a global network of examining bodies that oversee exacting, multiyear tests of knowledge, skill and service. Those who pass the highest level are rewarded with the title of master sommelier, high salaries and consulting fees, and vast professional prestige.

On Sunday, Geoff Kruth, a prominent educator, resigned from the court; he had already left his high-profile role as president of GuildSomm, a wine education organization that is a spinoff of the court.

Eleven women who had been candidates told The Times that Mr. Kruth had tried to pressure them into sex, sometimes in exchange for professional favors. (Last week, Mr. Kruth denied any impropriety and said he believed that all sexual contact described was consensual.) 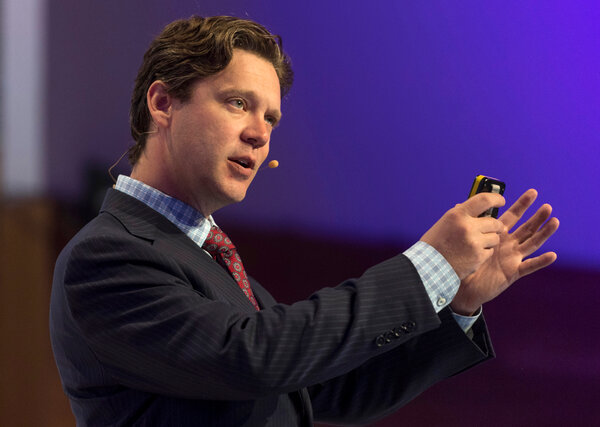 An initial statement from the court last week, after the article appeared online, began with praise for “the courage of those who have spoken up” and ended with a restatement of its current policy. “We are committed to receiving, investigating, and resolving all instances of misconduct involving our organization.”

It made no mention of increased transparency, an external investigation or consequences for the men involved. Public reaction from the court’s community of more than 10,000 people was overwhelmingly negative. One comment on the court’s Instagram feed, from Shawn Gordon, a certified sommelier in Austin, Texas, read: “You’ve failed us all. I paid hard-earned money to test and be a part of this organization and it has shown itself to be a complete swamp that needs draining immediately.”

Liz Dowty Mitchell, one of the women quoted in the article, posted an essay about the court’s response. In part, she wrote: “The CMS was well aware of these allegations and the extent of the problem, but chose never to address them in the appropriate manner. This neglect left us victims no choice but to come forward in this very public manner.”

On Sunday, the court released another statement, announcing the suspensions and resignation, and apologizing to each of the 13 women named in the article. The court’s representative said the second statement was not generated by the reaction to the first, but because a formal vote by the board on the suspensions had to take place.

Many of the women said they were told that sexual relationships between masters and candidates were common and widely accepted. The court’s nonfraternization policy does not explicitly prohibit such relationships, as long as they are disclosed to the board and do not create an apparent conflict of interest.

Still, those interviewed said they believed that conflicts of interest were rampant and inevitable.

By Kelsey Johnson OTTAWA (Reuters) – Trade confidence among Canadian exporters fell to its lowest level in nearly a decade, Canada’s export credit agency said on Tuesday, as businesses wrestle with protectionist policies and fret about the global economy. In its biannual survey of 1,000 Canadian exporters, Export Development Canada (EDC) said its trade confidence […]

By April Joyner NEW YORK (Reuters) – Wild swings in asset prices have thrown a spotlight on liquidity in corners of the $4.4 trillion market for U.S. exchange-traded funds, which have played a key role for investors in Wall Street’s coronavirus-fueled sell-off. So far, ETFs – baskets of securities that are traded like stocks – […]