Ryanair has accused EU national governments of continuing to “mismanage” air travel as England prepares to join the number of countries imposing a second coronavirus lockdown.

The no-frills carrier used the publication of its half-year results, which showed a slump to a financial loss, to say it was unable to give guidance on profits for the full year to the end of March except to say it expected losses to widen.

It reported a loss of €197m (£178m) for the six months to September compared to profit after tax of over €1.1bn in the same period last year as passenger numbers slumped by 80% to 17 million during the COVID-19 crisis. 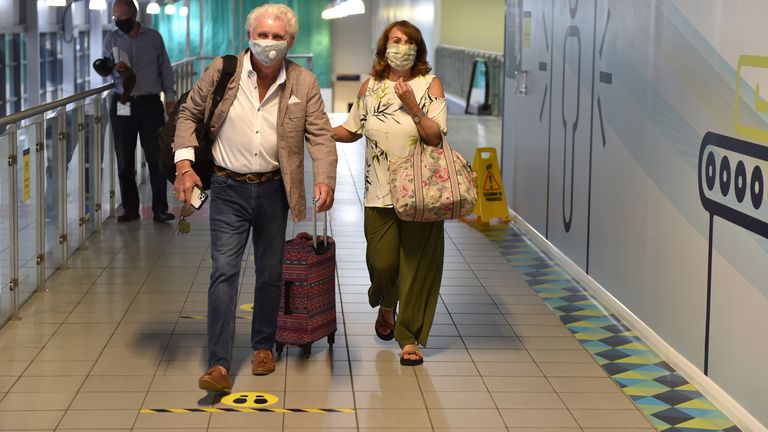 Ryanair said that cost reduction measures across the business, including pay deals with crew and pilots, helped avert a bigger hit to its bottom line.

Its statement read: “The group expects to carry approximately 38 million passengers in FY21 (full-year 2021), although this guidance could be further revised downwards if EU governments continue to mismanage air travel and impose more uncoordinated travel restrictions or lock downs this winter.”

The group has already curbed operations for the current winter season – with Ryanair reacting to tougher restrictions in its home market of Ireland by flying in and out of Dublin only for the duration of the country’s current lockdown.

England is also preparing to join major markets of Germany and France in curbing travel abroad from Thursday as Boris Johnson’s government moves to get a tighter grip on surging infection rates.

A Sky News jobs tracker shows the wider aviation sector is among the biggest losers in the disruption to date – with British Airways alone expected to have cut almost 13,000 jobs this year.

Ryanair suggested, however, that brighter skies were ahead.

Chief executive Michael O’Leary used a video presentation to say he expected to see very strong demand next summer, with Ryanair expecting to fly between between 50% and 80% of its pre-pandemic traffic levels.

It hoped that profitability would be boosted by the arrival of at least 30 Boeing 737 MAX aircraft – delayed by the grounding of the whole MAX fleet in March last year following fatal crashes involving aircraft operated by Lion Air and Ethiopian Airlines. 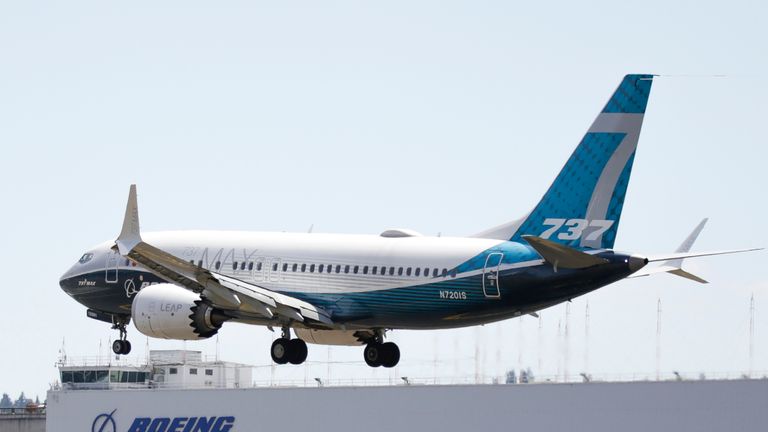 Boeing has signalled that it is expecting clearance to resume flights before the year’s end.

The MAX crisis prompted Ryanair to curb its expansion plans last year and said it was on track to agree compensation with Boeing in the coming weeks.

Such a deal will clear the path towards the delivery of the more fuel efficient plane and for training to be completed in time for the summer schedule.

NEW YORK (Reuters) – An interruption to a searing rally gave a jolt to equity investors who had been getting used to weeks of steadily rising U.S. stocks. But long term, even with the rocketing valuations that equities have commanded and the risk of another fall, investors say stocks would still be a winning bet. […]

Virus Did Not Bring Financial Rout That Many States Feared

A boy who bonded with Biden over stuttering will write a children’s book.

This is another News Portal > World News > Fed’s big move could help U.S. Treasury liquidity, but effects may not last long