The Met Office has issued weather warnings from Saturday to Monday due to Storm Aiden and another low-pressure system, which includes remnants from ex-Hurricane Zeta. Storm Aiden has been named by Ireland’s meteorological agency Met Eireann, making this storm the first of the 2020/21 storm season. Here are the latest weather forecasts, warnings and maps for the UK.

The Met Office wrote on Twitter today: “#StormAiden has been named by @MetEireann.

“Storm Aiden is forecast to bring strong winds and heavy rain to the UK on Saturday”.

In anticipation of Storm Aiden’s arrival this weekend, the Met Office has issued a number of weather warnings across the UK.

Storm Aiden is expected to cause blustery winds and heavy downpours on Saturday, and on Sunday the remnants of ex-Hurricane Zeta are expected to bring further winds and rain to the UK. 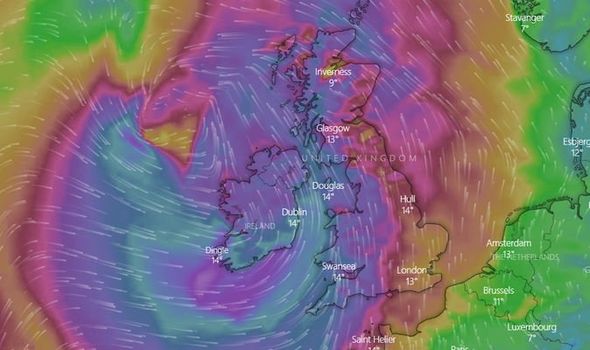 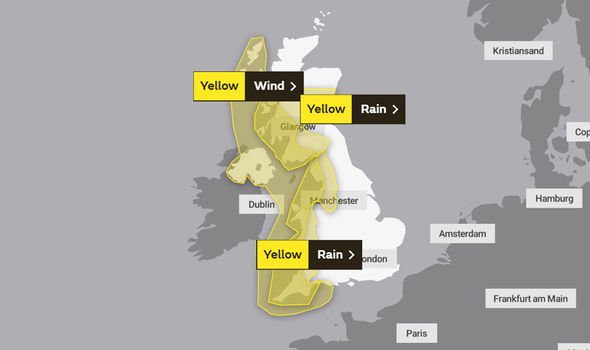 Met Office spokesperson Nicola Maxey told Metro: “A low pressure system that is bringing wind and rain to the UK on Saturday has just been named Storm Aiden by Met Eireann and will be followed by the remnants of Zeta on Sunday.

“One will pass over tightly after the other. There are a number of rain warnings out, and very unsettled weather can be expected widely throughout the whole weekend.”

On Saturday a yellow wind warning has been issued across western parts of the UK, including Northern Ireland, parts of Wales, western and southern Scotland, and northwest and southwest England.

The wind warning is in place from 6am until 9pm on Saturday, with the Met Office warning of wind gusts as high as 75mph in some places.

The warning reads: “A belt of very strong and possibly squally southerly winds will develop on Saturday morning with gusts of 60-65 mph, perhaps 70 mph on exposed coasts and hills.

“The winds will become more westerly during the afternoon and gradually ease across England and Wales.

“However they will remain very strong across Scotland and Northern Ireland into the evening, with possible gusts around 75 mph across the Western Isles.”

Parts of central, southern and western Scotland have also been put under a yellow rain warning on Saturday between 3am and 7pm. 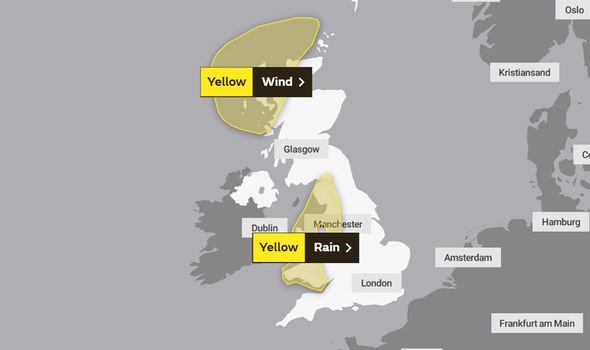 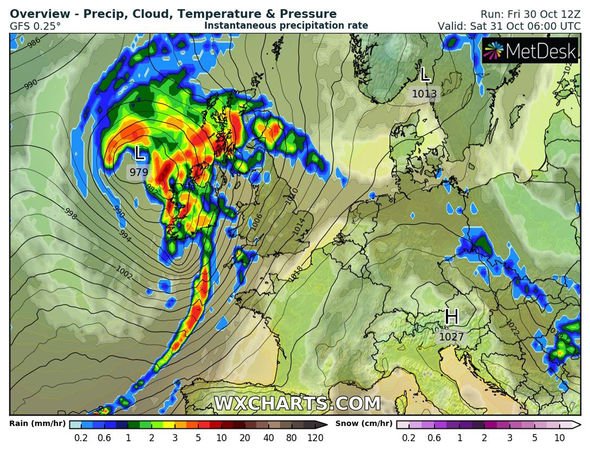 The Met Office warns areas within the warning zone could see 20-40mm of rainfall, with as much as 60mm possible over hills and mountains, with a risk of flooding possible.

From midnight on Saturday morning until 2pm in the afternoon, a yellow rain warning has also been issued along western parts of the UK, including Wales, southwest and northwest England.

Met Office Deputy Chief Meteorologist, Martin Young, said: “Saturday will be very wet and windy for many northern and western parts of the country as low-pressure sweeps northeastwards past northwest Britain.

“Another system quickly follows on Sunday that contains the remnants of ex-Hurricane Zeta, bringing further heavy rain and strong winds. 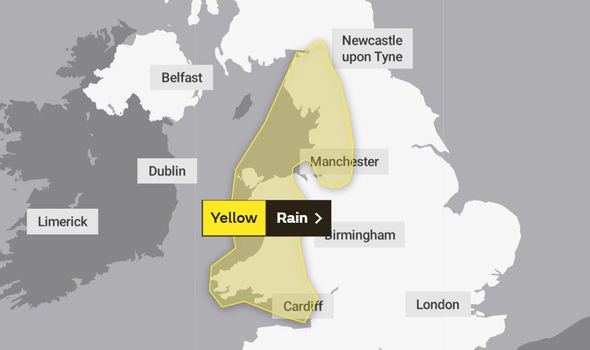 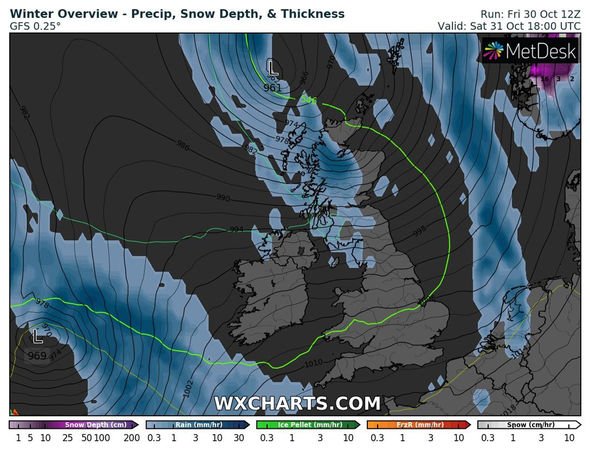 “Given that this is falling on already saturated ground from what has been a wet October, there is an increased risk of flooding in some warning areas.”

On Sunday between 12pm and 9pm, northwest Scotland is under a yellow wind warning.

The Met Office warning states: “Strong southwesterly winds are likely to develop across northwest Scotland during the second half of Sunday.

Periods of heavy rain are also expected to affect Wales and northwest England during Sunday.

The Met Office has issued a yellow rain warning between 6pm on Sunday and 6am on Monday.

By Divya Chowdhury and Aaron Saldanha (Reuters) – China will broadly be able to maintain its current growth rate through 2020, Min Zhu, chairman of the National Institute of Financial Research at Tsinghua University, said on Monday. Zhu, a former deputy governor of the People’s Bank Of China (PBOC), told the Reuters Global Markets Forum […]

MEXICO CITY (Reuters) – Mexican President Andres Manuel Lopez Obrador on Friday dismissed calls to ease Mexico’s debt obligations with external creditors, saying the country could manage and would continue to meet its commitments. “I don’t agree with cancelling public debt. I don’t agree with that, not even in getting an extension,” he told a […]

MILAN (Reuters) – Fiat Chrysler <FCHA.MI> said on Thursday it has agreed a new credit facility with two banks, at a time when major carmakers are having to shut down plants, losing revenue as demand slumps in the wake of the coronavirus. Most of FCA’s plants around the world are currently shut in response to […]

Lebanon agrees on a new prime minister under French pressure