Under Trump, the politics of resentment now govern the Republican Party.

If Amy Coney Barrett’s confirmation to the Supreme Court turns out to be the last major act of a one-term Trump presidency, it will be a fitting finale. Republicans, like the Federalist Party of yore, will consolidate power in the judiciary. Apart from that, they will have spent the past four years squandering their reputation, forsaking their principles, and trashing the kind of political culture they once claimed to hold dear.

As victories go, the word Pyrrhic comes to mind.

How did the conservative movement reach this pass? Hemingway’s great line about how one goes bankrupt — “gradually, then suddenly” — seems apt. But the tipping point arrived on a precise date: July 20, 2015. That was the day Rush Limbaugh came to Trump’s political rescue after the developer nearly self-immolated with his remark that John McCain, who spent more than five years as a prisoner of war, refusing early release at the price of gruesome torture, should not be considered a war hero.

“This is a great, great teachable moment here, this whole thing with Trump and McCain,” Limbaugh gushed. Americans, he said, “have not seen an embattled public figure stand up for himself, double down and tell everybody to go to hell.” 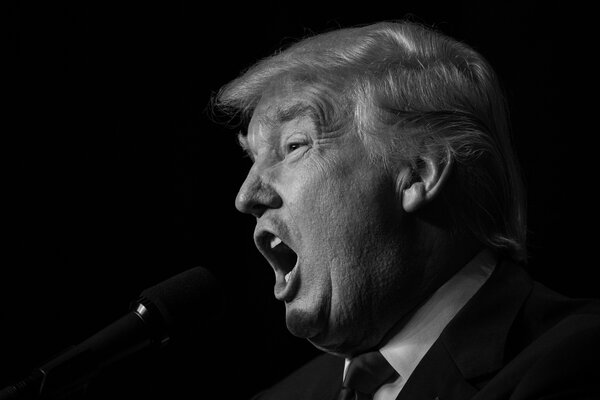 Here was a stunning moral inversion. Limbaugh turned public respect for McCain’s wartime record into an act of surrender to political correctness. And he treated Trump’s shamelessness as an expression of moral courage. It set the template for the campaign, and presidency, that followed. Every time Trump lied, broke a promise, humiliated a subordinate, insulted a stranger, bullied an ally, tweeted something vile, said something idiotic, threatened to blow up NATO, and otherwise violated moral, political and institutional norms, his appeal among the Republican base didn’t decline. It rose. As far as they were concerned, he wasn’t embarrassing himself or degrading the country. He was “owning the libs” — hoisting them, as his supporters saw it, on their own petard of priggish propriety.

This form of politics — not as a complement to statecraft, but as the outpouring of resentment — is what has come to define the conservative movement in the age of Trump.

In place of all this, what today’s debased conservatism now boils down to is anti-liberalism. Sometimes this resembles old-fashioned conservatism, particularly when it comes to economic regulation and the judiciary. At other times it has entailed undisguised reversals of past conservative positions, such as Trump’s appeasement of North Korea or his derision of the 1994 crime bill.

But anti-liberalism is not conservatism. At its principled best, conservatism holds that liberal ends — the right of the individual to enjoy the maximum degree of freedom compatible with the right of his neighbor to do the same — are best secured by conservative means. Those means are the practices, beliefs and institutions that, for the most part, lie outside the state: stable families, religious communities, voluntary associations, productive businesses, the habits of a free mind. Ultimately, the goal of conservative politics is to produce competent citizens capable of responsible self-government.

Anti-liberalism, by contrast, seeks self-serving ends through illiberal means. The ends are the benefits that accrue from the possession of political power, ethnic dominance, or economic advantage. The means are the demonization of competitors for power and the delegitimization of people, laws, and norms that stand for the ideals of an open society. In this sense, Trump’s Ukraine gambit was the quintessence of anti-liberal politics: a self-serving and secretive use of raw power to threaten the security of an embattled democratic ally in order to criminalize a domestic political opponent.

It’s true that Trump did not quite get away with that gambit, thanks to a courageous whistle-blower, just as he didn’t get away with some of his other his anti-liberal efforts, like canceling the U.S.-South Korea free-trade agreement, firing Robert Mueller or terminating DACA (for now). But if anti-liberalism can still meet effective opposition within government, that’s mainly because Trump is often an inept practitioner of his own brand of politics. Another four years in office, however, will only embolden him, entrench his cronies, and inspire his imitators.

I write these lines conscious that Trump may defy the odds again and win. If so, Democrats will fight on and, sooner or later, return to power. As for the Republican Party, Trump’s re-election would make it the most potent force for anti-liberalism in the Western world today. Anyone — liberals included — who believes that every democracy needs the anchor of a principled conservatism should pray for his defeat.

ZURICH/LONDON (Reuters) – Swissport has secured hundreds of millions of euros of financial backing from creditors, gaining a vote of confidence in its future as the travel sector is hard hit by the COVID-19 crisis. The Swiss-based airport ground services firm said a comprehensive restructuring with lenders included 300 million euros ($353 million) in interim […]

(Reuters) – PNC Financial Services Group Inc (PNC.N) plans to sell its entire 22% stake in the world’s largest asset manager BlackRock Inc (BLK.N), the U.S. bank said on Monday, exiting one its most attractive investments after more than two decades. PNC, BlackRock’s largest shareholder, will sell its common and preferred shares in a secondary […]

If we really want to stem the spread of the coronavirus as winter looms and we wait for a vaccine, here’s an idea: The government should pay bars, many restaurants and event venues to close for some months. That may sound radical, but it makes scientific sense and even has a political precedent. We pay […]

Fearless pensioner, 89, floored in Asda after trying to stop shoplifter