An attempt by Donald Trump to secure an election endorsement from the Israeli prime minister has backfired during a White House photo call.

With reporters gathered in the Oval Office to mark the signing of a historic US-brokered peace deal between Israel and Sudan, the US president asked Benjamin Netanyahu, who was on speakerphone, if Joe Biden could have secured such a deal.

Dodging the invitation to knock Mr Trump‘s presidential opponent, the Israeli leader replied: “Uh, well, Mr President, one thing I can tell you is that we appreciate the help for peace from anyone in America.

“And we appreciate what you have done enormously.” The two leaders were speaking at an event celebrating the beginning of normalisation talks between Israel and the Arab-African nation of Sudan.

Mr Trump had put the Israeli prime minister on speakerphone in front of the gathered media, and saw an opportunity for a moment of electioneering.

The Israeli leader has been accused in the past of interfering in American elections. In 2012, he met Republican nominee Mitt Romney during the election campaign and attacked the policies of Barack Obama.

This time though, with the polls suggesting a win for Mr Biden, a more cautious Netanyahu chose a more diplomatic tone. There is no question that a Trump victory would be preferable for Mr Netanyahu, whose policies in the Middle East have been backed, and, to a large extent, driven by the Trump administration.

Mr Trump’s decision to pull out of the Obama-brokered Iran denuclearisation deal was roundly welcomed by Mr Netanyahu.

Historic diplomatic normalisation deals with Bahrain, the United Arab Emirates and now Sudan have been forged with significant White House input and – while none of the deals has yet been completed – they represent a huge shift in regional relations.

The global diplomacy has formed a key part of Mr Trump’s re-election campaign as he seeks to prove that he is a successful deal-maker. 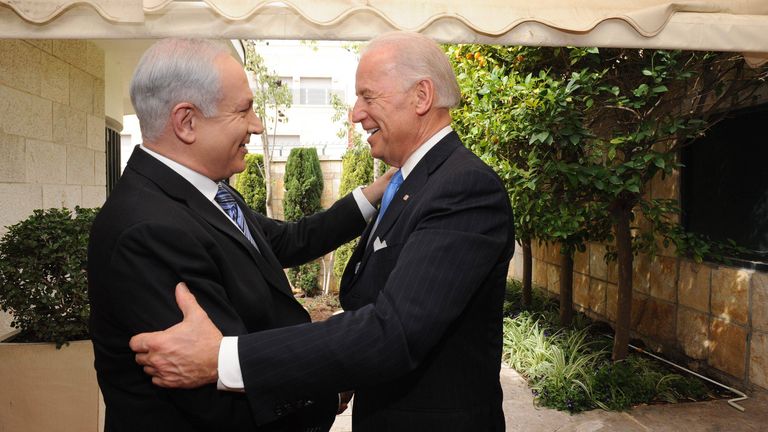 It’s not clear quite how policy in the Middle East would shift under a Biden presidency.

While it’s unlikely that any of the Trump-brokered deals would be unpicked, it is probable that greater attempts would be made to bring the Palestinians back into the fold.

Mr Netanyahu and Mr Biden do have a relationship which spans back decades.

Mr Biden was frequently asked by then-president Obama to take the lead in trying to further peace in the region.

JOHANNESBURG (BLOOMBERG) – South African security forces freed two Cabinet ministers held hostage by war veterans demanding reparations for their involvement in the fight against White-minority rule a quarter century ago. At least 56 people were arrested after the incident at a hotel near the capital, Pretoria, on Thursday night (Oct 14), the police said […]

Bank of England not printing money to bail out government: Bailey

LONDON (Reuters) – The Bank of England is not abandoning central banks’ long-standing opposition to printing money to help governments, its head Andrew Bailey said, after the BoE ramped up its purchases of government debt in response to the coronavirus crisis. “We have to take into consideration what the likely scale of government financing is, […]

London flooding: Passengers rescued from car in Worcester Park We use your sign-up to provide content in ways you’ve consented to and to improve our understanding of you. This may include adverts from us and 3rd parties based on our understanding. You can unsubscribe at any time. More info The weather system is continuously changing […]

Marathon Petroleum warns of loss, up to $7.8 billion hit on oil rout

Coronavirus funding bill could be ready for Trump’s signature by Friday -U.S. Senator

This is another News Portal > World News > Coronavirus funding bill could be ready for Trump’s signature by Friday -U.S. Senator