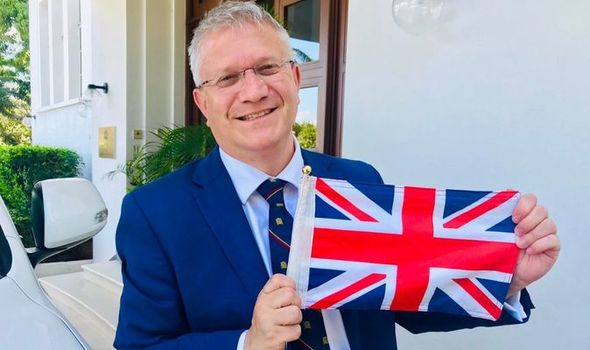 Romford MP Andrew Rosindell said he felt “sad” to be leaving his role as trade envoy to Tanzania. He called his sacking “counterproductive and bizarre” as he hit out at Mr Johnson in a Twitter rant. Over the past week he has been highly critical of the Prime Minister’s three tier lockdown plan, which he said would inflict huge damage on the economy and people’s mental health.

He tweeted: “It has been an honour and a privilege to serve as the Prime Minister’s Trade Envoy to Tanzania since 2018 and represent my country, supporting our Global Britain agenda with our Commonwealth friends.

“I thank @theresa_may for appointing me in 2018 and giving me this opportunity.”

He added: “It puzzles me how @BorisJohnson can allow such a counterproductive and bizarre decision to remove me from office, simply for voting to keep our UK economy open for business.

“Yes, we must fight the virus and all threats to the health of our nation, taking every precaution.

“However, closing down whole sections of our economy, putting companies out of business, creating mass unemployment and taking away the freedom that British people cherish, is not the answer and it won’t work. Freedom with responsibility is what I thought @Conservatives stood for!”

Ministers have faced huge opposition to the three tier lockdown system being rolled out across England.

Their dispute with Greater Manchester Mayor Andy Burnham over a financial package ahead of Tier 3 restrictions continued this week.

The area’s 2.8 million residents are set to move into the highest level of restrictions on Friday.

Blackford shut down: PM hands Scotland ‘significant’ funds ‘something to complain about’

We will use your email address only for sending you newsletters. Please see our Privacy Notice for details of your data protection rights. The SNP has said thousands of jobs could be lost unnecessarily if the Scottish Parliament is denied the financial powers needed to protect Scotland’s economy from the impact of COVID-19. Ian Blackford, leader […]

MIAMI — In the rarest of feats, every registered voter at a precinct in the University of Central Florida in Orlando cast a ballot in the election, according to the Orange County supervisor of elections’ office. In fact, the turnout at precinct 538 actually exceeded 100 percent, because a few voters switched their addresses on […]