Labour Party leader Sir Keir Starmer called on Tuesday for a two to three week “circuit breaker” lockdown to save lives. Sir Keir said Mr Johnson’s attempt to tackle the virus wasn’t working. But former Conservative leader Sir Iain Duncan Smith blasted the proposals as he claimed it is merely the latest attempt of the Labour Party to remain relevant during the coronavirus crisis. He told talkRADIO: “Let me be clear about this: this is naked political posturing by the Labour Party.

“They know it, they know exactly what they’re trying to do. They’re trying to jump ahead, after all they gambled that nobody would remember if the imposition of the various local lockdowns works and brings the infection rates under control, no one will remember really that the Labour Party Opposition called for something else.

“In Opposition you’re very rarely remembered if there’s a crisis on, it’s mostly about the Government.”

He added: “This is a game to try and break away, to show that they’re better.

“The problem with these ridiculous phrases they use, to try and call this a circuit breaker is a terrible bad joke.

“This is not a circuit breaker, this is a business breaker.” 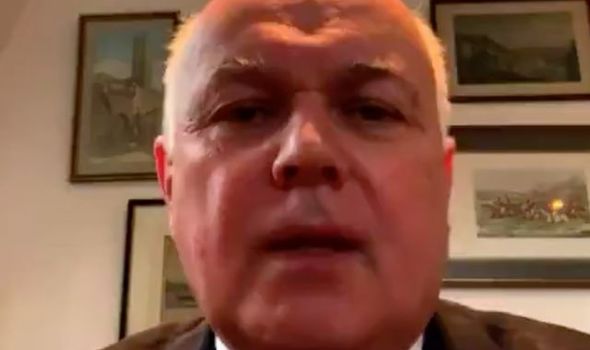 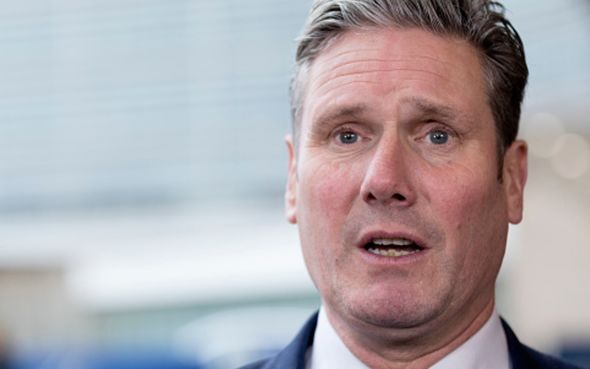 But Sir Bernard Jenkin, a senior Tory MP and chairman of the Liaison Committee, said he supported the circuit breaker concept but not on a national level.

Asked on BBC Radio 4’s Today programme whether he supported a short lockdown, he said: “Yes, in the areas where you have sharply rising cases.

“In the areas where there are very sharply rising cases there is a strong case for going straight to Tier 3 measures, but these should be selective, they should not be national.

“Whereas Essex has got an 82 percent increase over the last seven days, Cornwall has only got 16.2 percent, Somerset has only got 39 percent.”

He added: “Most Conservative MPs are happy to accept a lockdown in their own area where there are sharping cases provided there is sufficient Government support.

“The problem with the Tier-2 proposals is they seem to fall between stools, they’re a compromise.

“They may not be effective, the evidence is out on that.

“And yet it will hammer the hospitality industry.”

Sir Bernard said he had called on ministers to set-up a “high-level strategy group” to look at how it handles the coronavirus pandemic in the longer term. 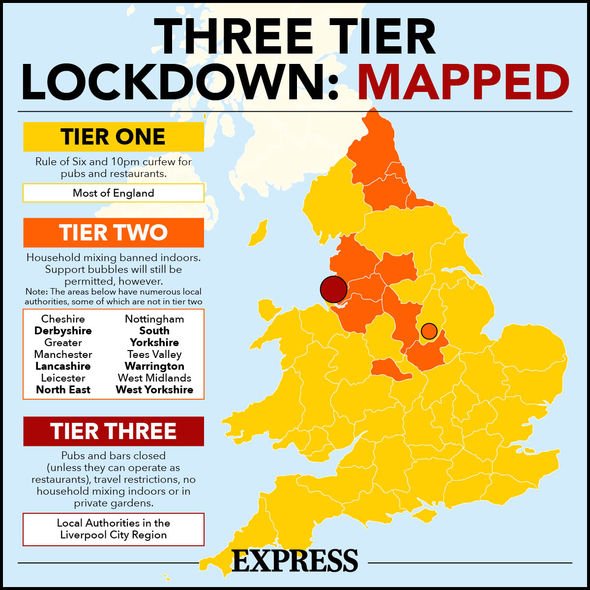 He said it should “think about how we are going to live with the virus in the weeks and months ahead, because it is unlikely a vaccine is going to provide a single knockout blow to the whole thing”.

Work and Pensions Minister Thérèse Coffey said on Wednesday Boris Johnson is not yet heading towards a full national lockdown in England despite calls from the Opposition leader.

“I do not believe that the prime minister wants to set off on a national lockdown, but as ever he is advised by scientists – he takes that decision,” Coffey told Sky.

Asked if England was heading for a national lockdown in the next two weeks, Ms Coffey said: “I don’t believe that is the case but as I say this will continue to be a decision that the Prime Minister will lead on.”

Ms Coffey said the three-tier system of lockdowns announced on Monday should be given a chance to work.

Licence fee: Head of Silver Voices hits out at charge for pensioners We use your sign-up to provide content in ways you’ve consented to and to improve our understanding of you. This may include adverts from us and 3rd parties based on our understanding. You can unsubscribe at any time. More info A year ago […]

Rebecca Long-Bailey says she will 'support' NHS staff strikes When you subscribe we will use the information you provide to send you these newsletters.Sometimes they’ll include recommendations for other related newsletters or services we offer.Our Privacy Notice explains more about how we use your data, and your rights.You can unsubscribe at any time. The former […]

Green list: Expert predicts Malta and Finland may be added We use your sign-up to provide content in ways you’ve consented to and to improve our understanding of you. This may include adverts from us and 3rd parties based on our understanding. You can unsubscribe at any time. More info Earlier this month, sixteen European […]