LONDON — While many European countries are entering second lockdowns, China’s strict tracing and broader control policies have helped the world’s largest luxury and travel retail market recover swiftly, at least within the country for the moment.

Some 637 million people traveled within China over the past eight days in celebration of the country’s annual Golden Week holiday, which celebrates the founding of the People’s Republic of China in 1949, and the Mid-Autumn Festival, which follows the lunar calendar and which happened to land on the first day of the national day holiday, adding one more day to the weeklong getaway.

Travelers generated around 466 billion renminbi, or $68.6 billion, in tourism revenue during this period, according to the China Tourism Research Institute. The numbers represent a 79 percent and 69.9 percent recovery, respectively, year-over-year on the two festivals.

In Beijing, some 13.79 million travelers visited 223 government-monitored tourist destinations, such as the Forbidden City, Mao Zedong Memorial Hall and the Great Wall. The tallies were only 0.03 percent less than last year’s numbers. 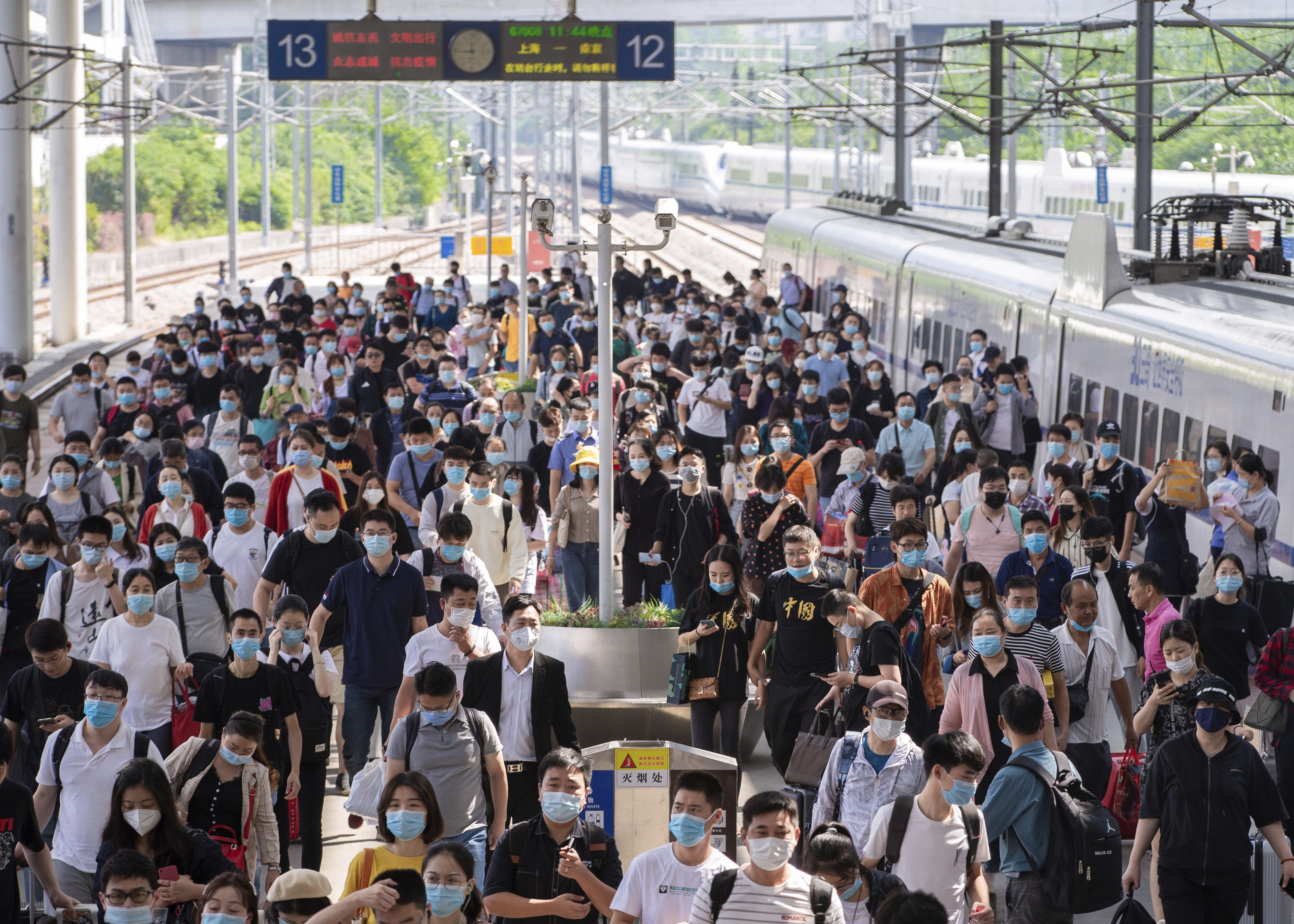 Passengers get off a train at a railway station in Nanjing in east China’s Jiangsu province ahead of the “Golden Week” national holiday. FeatureChina/AP

The top five most visited destinations were West Lake in Hangzhou, The Bund in Shanghai, Tiananmen Square in Beijing, Canton Tower in Guangzhou and Dameisha Beach in Shenzhen, while Lingyin Temple, Feilaifeng Grottoes, the historic town Wuzhen, Xixi Wetland near Hangzhou, The Palace Museum in the Forbidden City in Beijing, Zhangjiajie in Hunan and Yungang Grottoes in Shanxi were also popular choices, according to data from Alibaba.

Journalism on the coronavirus pandemic dominated the George Polk Awards, with nearly half the prizes in recognition of work by print, digital and television reporters who sounded warnings early in the year and later tracked the devastating effects on large swaths of society and those who suffered personally as the death count rose. Long Island […]

To be tracked or not? Apple is now giving us the choice

If we had a choice, would any of us want to be tracked online for the sake of seeing more relevant digital ads? We are about to find out. On Monday (US time), Apple released iOS 14.5, one of its most anticipated software updates for iPhones and iPads in years. It includes App Tracking Transparency, […]

Nicola Sturgeon shamed over disgraced SNP comic Twitter probe ‘Not a good look is it?’

Local officials struggled with eviction freeze as cases stacked up.

Builder screams in terror after gigantic rat emerges from under plank

BBC Weather: ‘Viscous’ downpours fizzling out across Europe as continent set for sunshine