An award-winning magazine may have reached the end after Laurene Powell Jobs’s Emerson Collective, a major media player, severed ties with its parent company. 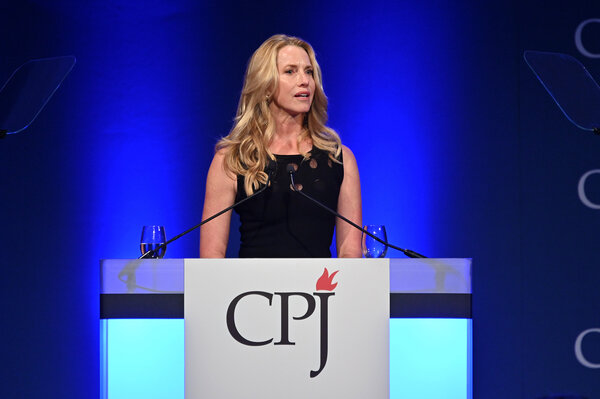 The California Sunday Magazine, a sumptuously produced and award-winning magazine that got its start as a throwback to the glory days of print, has suspended publication after Emerson Collective, the organization founded by the billionaire investor Laurene Powell Jobs, severed ties with its parent company.

It’s most likely the end of the magazine, which has won three National Magazine Awards since its founding in 2014. Two years ago, Emerson Collective acquired Pop-Up Magazine Productions, the company behind California Sunday and the multimedia outlet Pop-Up Magazine.

Eleven staff members at the two properties were laid off, Pop-Up’s union said on Twitter on Wednesday. Douglas McGray, the chief executive of Pop-Up Magazine Productions and editor in chief of California Sunday, confirmed the layoffs in an interview on Wednesday, as well as the halt in California Sunday’s print and online publication.

With a focus on California, Asia, Latin America and the American West, California Sunday was included in some Sunday editions of The Los Angeles Times and The San Francisco Chronicle until May. Under pressure from the economic downturn after the coronavirus’s arrival in the United States, it went digital only in June.

“We’re facing the most difficult economic conditions of our lifetimes, especially for a small company that depends on live events and sponsorship,” Mr. McGray wrote in a letter to readers in June, explaining the move to the web. “A big-circulation print magazine won’t be viable for us this year or next year, so it seems like the right time to evolve.”

Pop-Up Magazine, a multimedia project that included stage performances, complete with music and visual effects, was also hit hard by the pandemic. With theaters shuttered, its live events were put on hold.

Emerson Collective said it had arranged to cut ties with Pop-Up Magazine Productions in the summer.

“In August, Emerson Collective and Pop-Up agreed to a mutual separation that included an additional substantial contribution from Emerson Collective to allow Pop-Up to operate independently and do so without oversight or control by Emerson Collective,” the organization said in a statement. “We look forward to possible future collaborations as Pop-Up returns to its status as an independent company.”

Emerson Collective bought Pop-Up Magazine Productions in November 2018. Ms. Powell Jobs, the widow of the Apple co-founder Steve Jobs, started Emerson Collective in 2004 as an umbrella organization for her philanthropic and business interests.

In recent years, it has become a force in media, having acquired a majority stake in The Atlantic in 2017. That magazine, which has had a spike in subscribers during the pandemic, laid off 68 employees in May amid a drop in advertising and cancellations of its live events.

NEW YORK (Reuters) – Some investors are playing this year’s tug of war between so-called growth and value stocks by owning companies that straddle the line between the two categories, as uncertainties mount over the U.S. economy’s trajectory in the months ahead.FILE PHOTO: People are seen on Wall Street outside the New York Stock Exchange […]

NEW YORK (Reuters) – The dollar edged higher on Tuesday before Federal Reserve Chair Jerome Powell will testify before Congress, with investors anxious to see whether Powell pushes back against the view that the Fed is likely to raise rates sooner than previously expected as inflation rises.FILE PHOTO: Four thousand U.S. dollars are counted out […]

EU warned it is in danger of economic split: ‘The whole thing could blow up’

This is another News Portal > World News > EU warned it is in danger of economic split: ‘The whole thing could blow up’