A Government source has said Chancellor Rishi Sunak’s communications director Allegra Stratton will be appointed as Prime Minister Boris Johnson’s spokeswoman for televised briefings. However Downing Street has not yet commented on the appointment. So who is Allegra Stratton?

Who is Allegra Stratton?

Allegra Stratton, 39, has been appointed as Downing Street’s new press secretary after a stint of working for Chancellor Rishi Sunak.

Ms Stratton is a British journalist who was the national editor for ITV News from January 2016 to April 2020.

She also served as political editor on BBC Newsnight for four years. 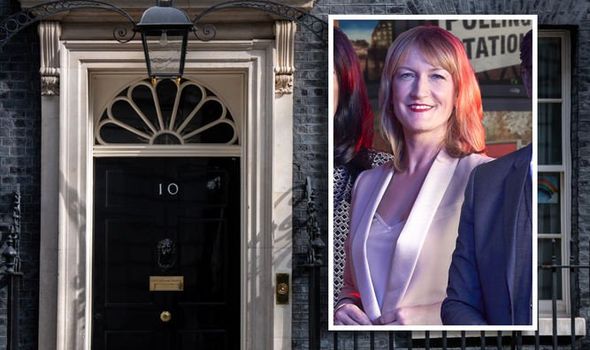 She also co-presented Peston on Sunday, ITV with Robert Peston until May 2018.

In April 2020, she left ITV News to become Chancellor Rishi Sunak’s Director of Strategic Communications at the Treasury.

Ms Stratton is married to James Forsyth, who is the political editor of The Spectator magazine.

The Prime Minister has been looking for an adviser to give on-the-record White House-style briefings to the press to take part on camera.

Downing Street did not comment but a source told PA Ms Stratton will be appointed to the role.

Mr Johnson has been addressing the nation more than ever over the past year, due to the coronavirus pandemic.

The PM began giving weekly press conferences as lockdown began, updating the nation on the number of cases and continued battle against the virus.

Since July No 10 have been looking for someone to “communicate with the nation on behalf of the Prime Minister”.

Unlike an impartial civil servant, the politically-appointed special adviser will be able to take aim at opponents and defend the Government’s actions.

And opposed to other influential figures in Downing Street, such as Mr Johnson’s chief aide Dominic Cummings and communications director Lee Cain, the spokeswoman will operate in the public eye.

Ms Stratton has long been a favourite for the new role with No 10, with Downing Street having been impressed by her abilities.

The political reporters based in Parliament – known as the lobby – currently have twice daily briefings with the Prime Minister’s official spokesman, or his deputy. They are both civil servants.

The briefings are on the record, so journalists can quote them, but they are not broadcast.

However, under proposals set out earlier this year, Ms Stratton will face the cameras at 9 Downing Street during afternoon sessions.

We will use your email address only for sending you newsletters. Please see our Privacy Notice for details of your data protection rights. The French President issued the latest warning as he arrived for the crunch two-day European Council summit of EU leaders in Brussels, where it is hoped progress can be made over a […]

French fisherman warns of 'never-ending war' with Jersey When you subscribe we will use the information you provide to send you these newsletters. Sometimes they’ll include recommendations for other related newsletters or services we offer. Our Privacy Notice explains more about how we use your data, and your rights. You can unsubscribe at any time. […]