Chinese citizens basked in the familiar hustle and bustle of a holiday rush over the weekend, as thousands flocked to various tourist sites, including the Great Wall of China, for the nation’s annual Golden Week.

It’s one of the busiest tourism holidays on the Chinese calendar, and the country is treating it as a “litmus test” for its handling of the coronavirus pandemic, according to the state-run Global Times. The nation claims to have curbed the spread of COVID-19, but that claim could be put to the test after tourists head home from their holiday later this week.

The Chinese Communist Party encouraged citizens to visit tourist destinations for Golden Week. Tickets sold out quickly at many destinations, with capacity capped at 75 per cent.

Photos captured from the iconic Great Wall of China show large crowds swarming over the tourist destination in scenes that might make North Americans cringe. 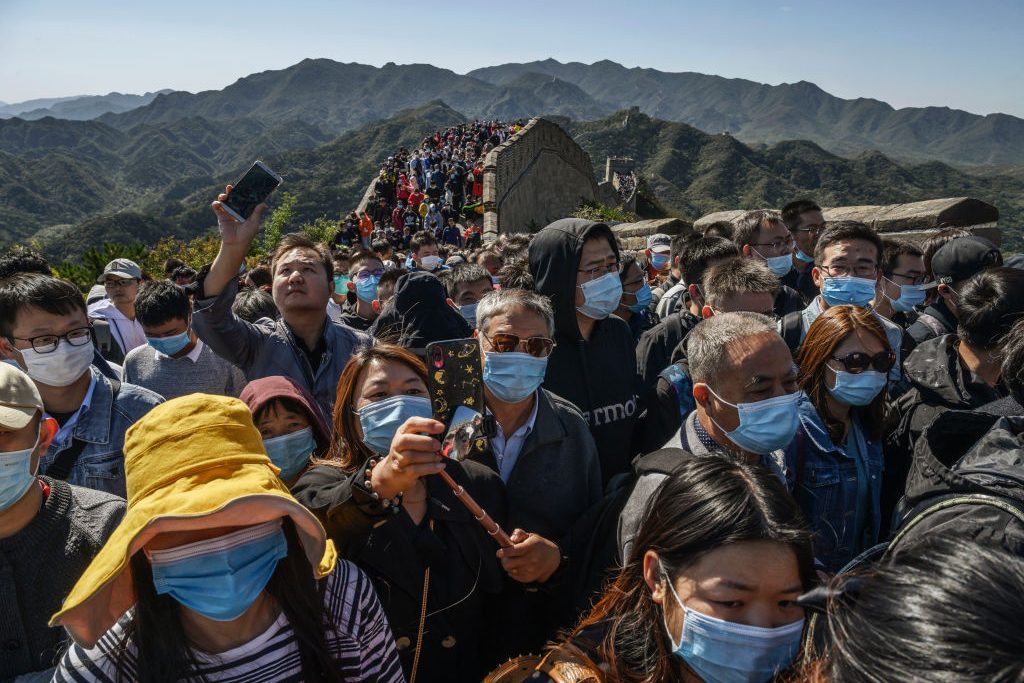 Most are tourists pictured in masks, but it’s not hard to pick out plenty of people who do not have their faces covered. 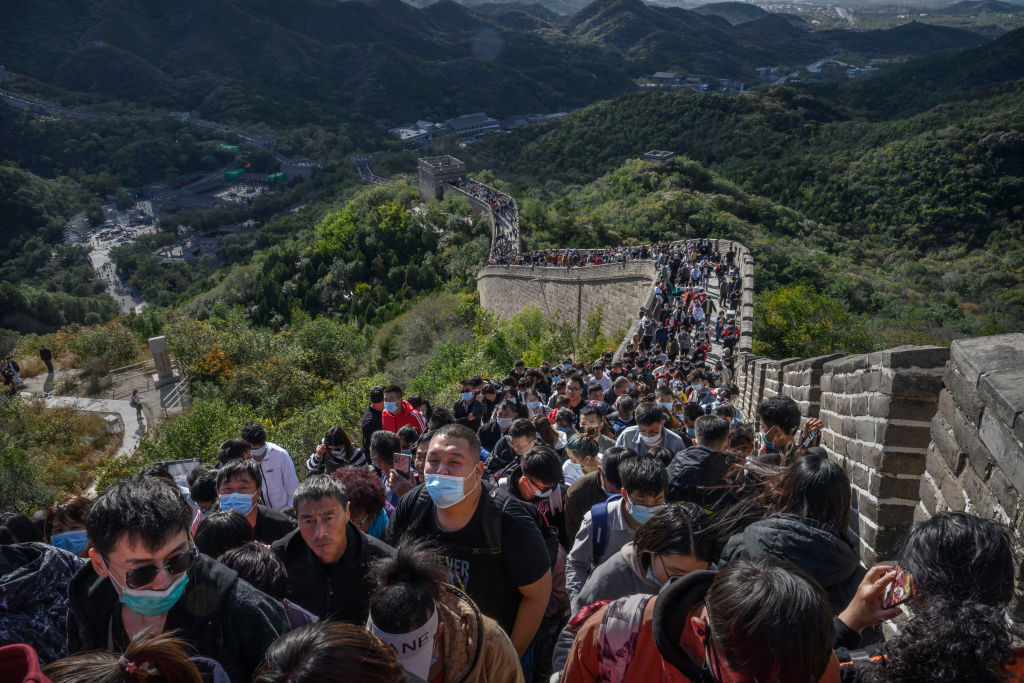 The images offer a potential glimpse into a post-pandemic future — or a snapshot of impending disaster, depending on how the next few weeks play out. 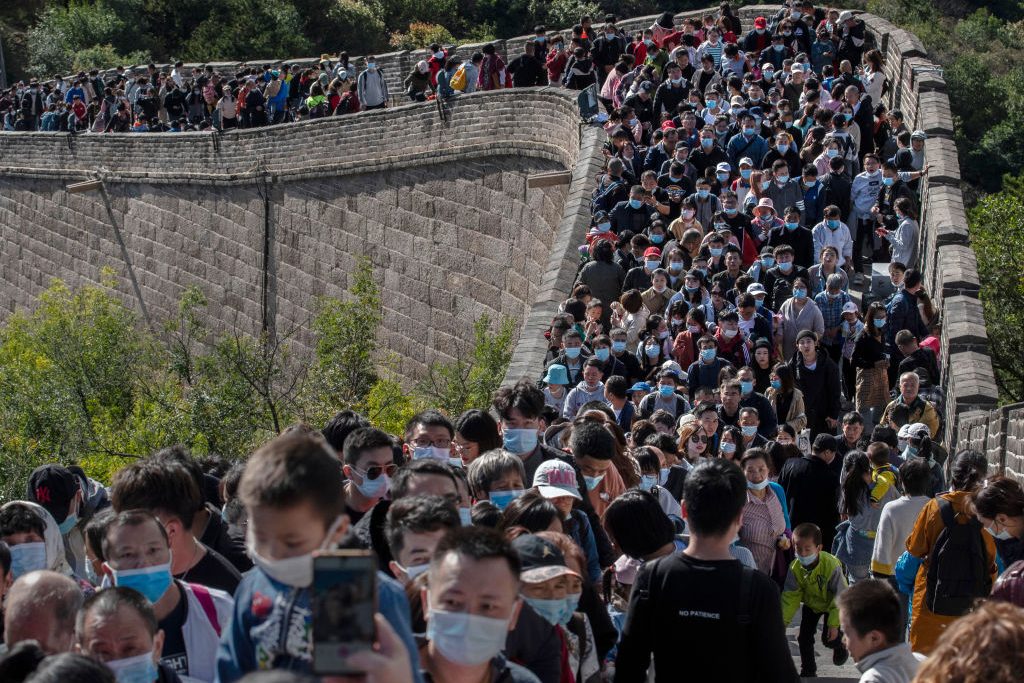 COVID-19 remains a threat but China claims to have largely curbed the spread of the disease, and has spent the last several months carefully reopening tourist spots under enhanced safety measures. The city of Wuhan, for example, went back to hosting parties and large events this summer, in a startling turnaround for the suspected origin point of the virus.

The Great Wall of China partially reopened back in late March, sparking concern from other parts of the world where people were still under lockdown.

Golden Week started on Oct. 1 and runs until Oct. 8. Chinese citizens often plan family travel during the holiday week, but they’ve been forced to stay closer to home due to the global pandemic.

China claims to have near-zero local transmission rates, even as other parts of the world fight to control the virus.

China estimated that 13 million railway passenger trips were made last Thursday at the beginning of the holiday week. That’s the highest single-day number recorded since the pandemic hit in February, state media reports. However, it’s still lower than the 17 million trips reported at the same time last year.

China State Railway estimates an average of 9.82 million trips will be taken per day over the holiday, with a total of 108 million trips over the eight days.

The country saw an estimated 425 million domestic tourist visits in the first four days of Golden Week, according to the state-run Xinhua News Agency.

That number is expected to hit 600 million by the end of the week.

—With files from Reuters

The first real-world analysis of the Pfizer coronavirus vaccine suggests it is matching its performance in clinical trials, but raises serious questions about the UK’s decision to delay the second dose. Scientists in Israel – which is leading the COVID-19 vaccination race – have told Sky News that they are “very hopeful” having studied preliminary […]

ZURICH (Reuters) – Siemens <SIEGn.DE> Chief Executive Joe Kaeser said he was seeing a more positive mood among the German engineering company’s clients at the start of the year, he told CNBC on Thursday. “They are getting more optimistic for the second half of the year than they have for the first half and actually […]

By David Lawder and Andrea Shalal WASHINGTON (Reuters) – The coronavirus has already driven the global economy into recession and countries must respond with “very massive” spending to avoid a cascade of bankruptcies and emerging market debt defaults, the head of the International Monetary Fund warned on Friday. IMF Managing Director Kristalina Georgieva said emerging […]