It’s 2020, the world is facing a coronavirus pandemic and Egypt is cracking open a few millennia-old mummy coffins in front of a live audience.

What could go wrong?

Dozens of people crowded around on Saturday as archeologists unsealed the first of 59 sealed sarcophagi, which contain the bodies of ancient Egyptian priests who were buried some 2,500 years ago. Some onlookers wore masks but a few did not as they waited to get a look at — and a whiff of — the long-buried priest’s remains.

The first wooden sarcophagus contained a mummy wrapped in an ornate burial cloth, which had been decorated to resemble the deceased priest’s face. It and dozens of others were entombed long ago during the late period of ancient Egypt, officials say. 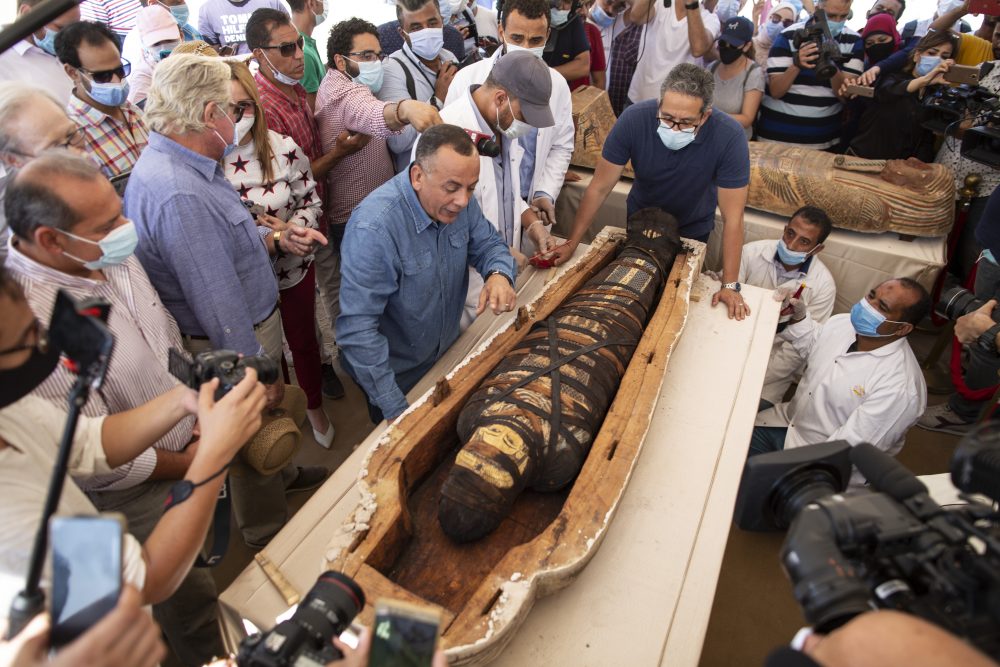 The wooden sarcophagi were found earlier this year in the necropolis of Saqqara, south of Cairo near Memphis, the former seat of Ancient Egypt’s power. The site is home to several pyramids, including the famous Giza Pyramids. The area was designated as a UNESCO World Heritage Site in the 1970s.

“We are very happy about this discovery,” said Mostafa Waziri, secretary general of the Supreme Council of Antiquities. He says the sarcophagi are “in perfect condition,” and the discovery is “the gift of the century” for researchers in Egypt.

The coffins will eventually go on display at the new Grand Egyptian Museum that is currently under construction on the Giza plateau.

Archeologists announced last month that they had found 13 coffins, but many more have been discovered through further exploration of the necropolis. The mummies were entombed in shafts up to 12 metres deep.

Waziri says it’s unclear how many more are inside the necropolis.

Archeologists also recovered 28 statuettes of the god of the dead, as well as a bejewelled bronze statue of the goddess Nefertum. 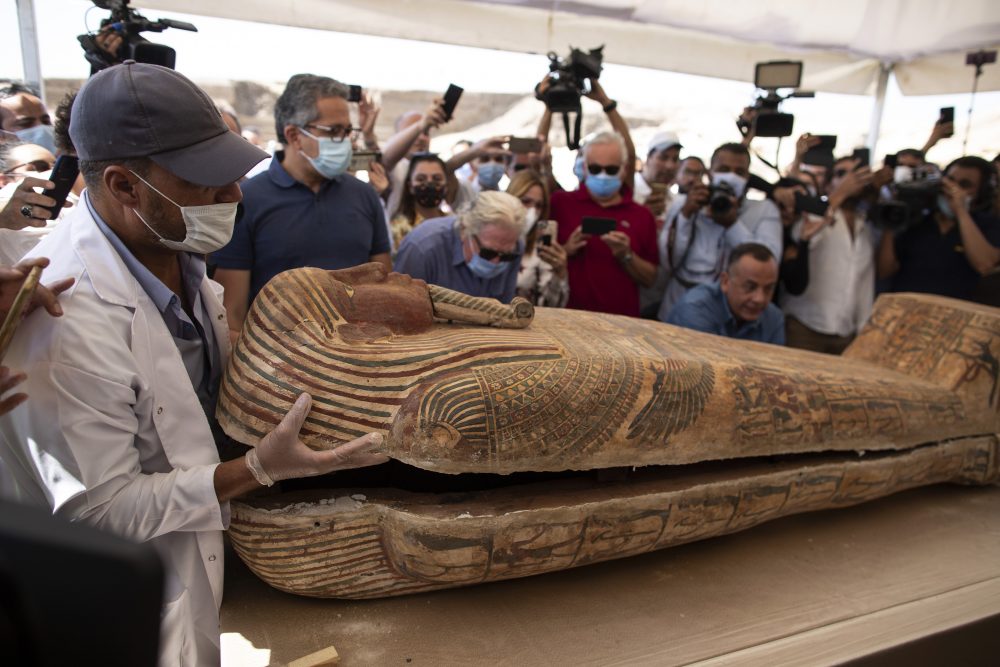 The coffins are the first major discovery in Egypt since the COVID-19 outbreak hit.

Egyptian authorities hope the new mummies will help reinvigorate a tourism industry that’s been devastated by the virus and local strife in recent years.

“I consider this is the beginning of a big discovery,” said Khalid el-Anany, Egypt’s Minister of Antiquities.

—With files from The Associated Press

The Pikes Peak Shuttle parking lot at Denver International Airport will remain open, providing travelers using the airport with more than 8,000 parking spots. The lot has been open since Thanksgiving, but it was closed for much of 2021 because of a shortage of shuttle bus drivers, according to a DIA news release. The lot […]

By Tina Bellon and Akanksha Rana (Reuters) – Lyft Inc <LYFT.O> on Tuesday forecast slower revenue growth in the new year and the company refused to match larger rival Uber, which recently moved up a key profit target by a year, sticking to its later date of projected profitability. Investors were left disappointed, sending shares […]

ROME (Reuters) – The Italian government on Thursday won a confidence vote in the Senate on an emergency decree that lays out measures worth 25 billion euros ($28 billion) to support the economy battered by a severe COVID-19 outbreak. The package, dubbed the “Heal Italy” decree and presented by Prime Minister Giuseppe Conte on March […]

Court appearance tomorrow for man in relation to Timaru death

Off the ‘QT’: Does Fed nominee Judy Shelton have a balance sheet problem?