When the throne speech was delivered on Sept. 23, Canada had already committed over $1 billion in advance purchase agreements with five drug companies for a minimum of 154 million vaccine doses, if and when these candidate vaccines are proven effective and safe.

Two days later, Canada inked another agreement with another company for 20 million more doses, hedging its bets on which of the vaccine contenders will be the first to arrive.

In doing so, Canada joins the premier league of the vaccine nationalists, a handful of rich countries that have pre-purchased (so far) more than half the world’s expected short-term supply of vaccines.

It is understandable that countries want to ensure their ability to protect their citizens’ health. But most of the world’s population lives in countries without the same financial resources to play the global “me first” vaccine contest. Efforts to elevate national interests over collective global health result in slower progress and limited global capacity to pool resources, while placing the interests of wealthy countries over others, with devastating effects.

What can Canada do?

To begin, our pledge to the World Health Organization’s COVAX Facility’s Advanced Market Commitment (AMC) should, at a minimum, match what we invest in procuring vaccine for use within Canada. The facility manages the world’s largest and most diverse portfolio of vaccine candidates. High-income countries like Canada that join COVAX have the option to purchase approved vaccines through the facility, even if they have already entered into bilateral purchase agreements with vaccine companies. On Sept. 25, Canada announced that it would do so, committing $220 million to purchase 15 million more vaccine doses from the facility if and as they are approved.

Arguably of more importance, the facility’s AMC will provide vaccines to more than 90 eligible poorer countries unable to afford them on their own. The AMC needs to raise $2 billion by December to do so, with the short-term goal of immunizing three per cent of all COVAX countries’ populations. As of Sept. 21, only $700 million had been promised. On Sept. 25, Canada committed $220 million to the AMC, on top of $25 million it had already given. This is welcome and commendable, but it is also inadequate.

The AMC’s longer-term aim is to reach 20 per cent — a goal that will allow health-care workers and vulnerable populations in poor countries to receive vaccines — but this will depend entirely on how generously high-income countries, philanthropists and drug companies donate to the AMC.

Much more AMC funding is needed now, and going forward. We argue that Canada should commit a dollar-per-dollar amount to the AMC based on what it spends on its own vaccine purchases. This would mean providing up to $1 billion more than its current AMC pledge, with funds flowing through our country’s official development assistance (ODA) envelope. Canada has global obligations under international declarations to do so.

Canada says it is a voice for equity and human rights, at home and on the global stage. Actions speak louder than words. Canada in recent years has not been particularly generous in its overseas assistance. We ranked 17th out of 30 of the OECD club of donor nations in 2019, contributing just 0.27 per cent of our gross national income, with no forseeable increase. A $1 billion immediate AMC top-up would still not lift us to our long-pledged 0.7 per cent ODA target.

One billion dollars sounds like a lot of money. But it is only one-fifth the amount the federal government has borrowed weekly since March from the Bank of Canada (which it owns) to finance its pandemic assistance programs. Most less-endowed countries lack the same ability to borrow indefinitely from their own central banks and instead must turn to foreign creditors, with the debt-burden risks that entails. Or do without.

According to the CEO of the world’s largest vaccine maker, the Serum Institute of India, even with expanded global capacity, it may take until 2024 before there are enough doses for the world’s population. In addition to ensuring more generous support for the COVAX Facility, Canada can also ramp up its own vaccine manufacturing capacity. It’s already on a pathway to do so, with the government’s $126-million investment for a new facility in Montréal. The facility’s goal is to produce two million vaccine doses per month for domestic use by summer 2021.

Why not double-down on this investment, and reserving half the output for AMC use to meet urgent global needs? This would signify to all Canadians the importance of a collective response to this pandemic.

As the world eagerly awaits arrival of an effective vaccine, it’s important to remember three things. First, the longer-term effectiveness of any vaccine will remain uncertain for some time. Second, even if herd immunity to COVID-19 eventually develops, there will almost certainly be another novel infection in the not-so-distant future. Third, one way to deal with both future pandemic risks and the present short supply of COVID-19 vaccine is to embrace the range of non-pharmaceutical interventions that can flatten and even contain infectious curves. This is especially so in those countries that are home to the half of humanity who still lack access to essential health care. 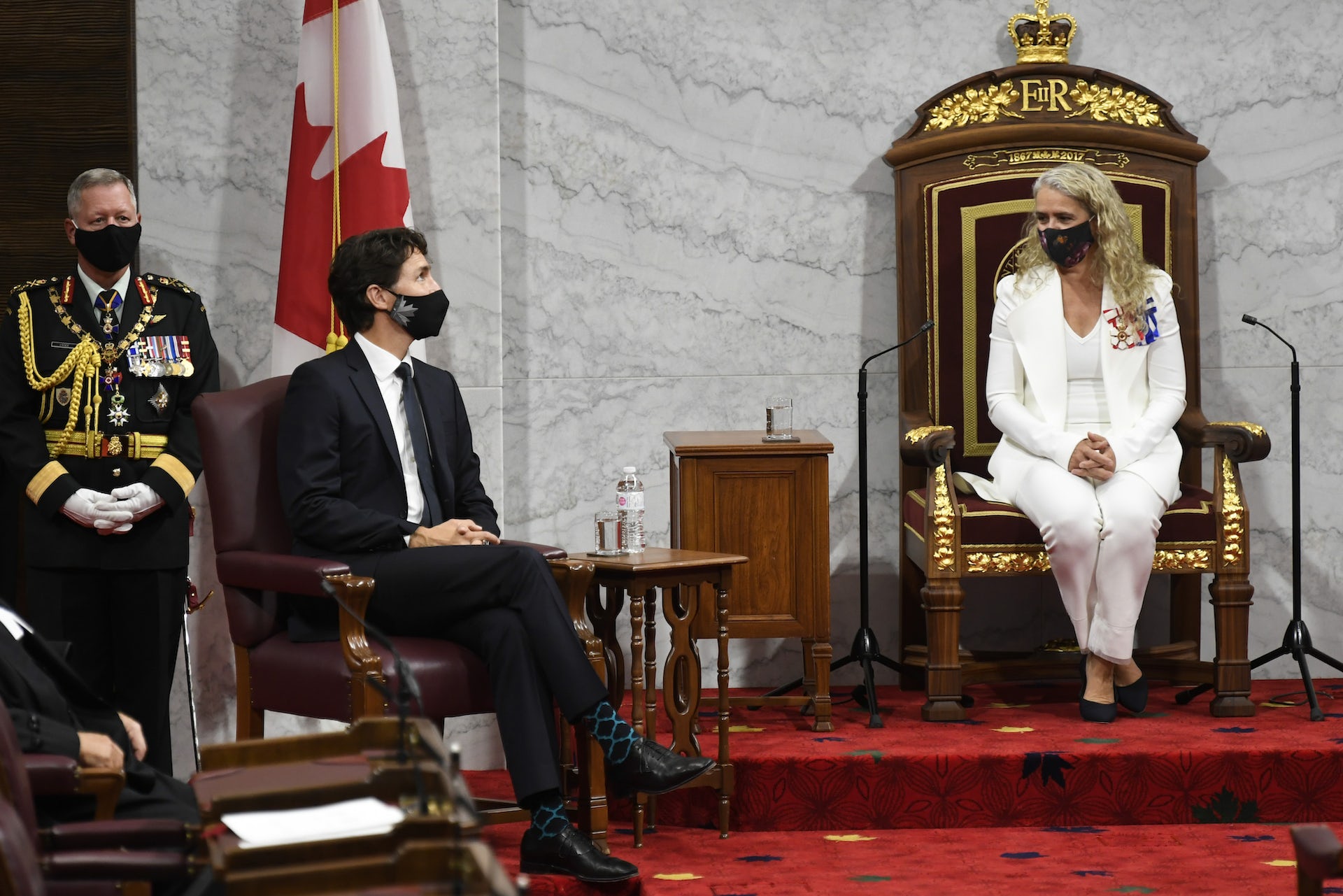 All countries need stronger public health workforces: more nurses, testers, contact tracers and community health workers. All countries need universal health coverage, one of the Sustainable Development Goal targets to which the world (Canada included) committed to achieve by 2030. But it is the poorer half of humanity who needs this more urgently.

So, if Canada and other rich countries in their vaccine nationalism continue inadvertently to crowd out access for poor countries, they should compensate by massively underwriting the investments such countries need to provide the social protection, income support and food security basic to their citizens’ health, and to strengthen their health systems with the public health capacity to suppress outbreaks as they arise.

It is in our own national interest to do so. As the Sept. 23 throne speech concluded:

“We cannot eliminate this pandemic in Canada unless we end it everywhere.”

This article is republished from The Conversation under a Creative Commons licence. Read the original article.

A doomsday preacher has predicted the end of the world will arrive in 2021 – with floods, earthquakes and plagues. President of the World Bible Society, Dr F Kenton Beshore made the wild claims about the raptures arrival almost seven years ago – but said Jesus will join to save us all by 2028. The […]

CHICAGO (Reuters) – Illinois Governor J.B. Pritzker proposed a $42 billion fiscal 2021 general funds budget on Wednesday that includes $1.4 billion in new revenue from a change in the state’s income tax rate structure that may or may not be approved by voters in November. The Democratic governor’s second budget since taking office in […]

BRUSSELS (Reuters) – The European Union commissioner for industry said on Thursday the bloc was considering possible measures to support sectors hit hard by the coronavirus outbreak, but would need more time to assess its precise economic impact. “It is important to begin to coordinate measures that we could possibly take,” Thierry Breton told reporters, […]