Pilots, flight attendants and other staff are retiring early or taking buyouts and leaves of absence in anticipation of a slow recovery. 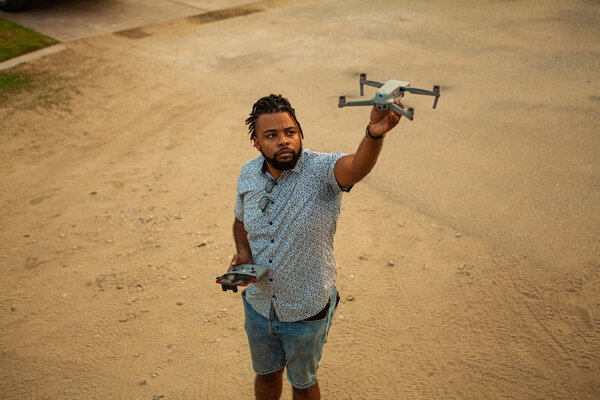 This was supposed to be the year that Steven Ray Littles II put down roots in the Seattle area. Instead, he returned to his parents’ home in Bakersfield, Calif., after taking a buyout from Delta Air Lines, ending a six-year career as a flight attendant.

He enjoyed the job, which allowed him to travel widely and make new friends from a variety of backgrounds. But Mr. Littles, 32, feared his job was vulnerable because the coronavirus pandemic had dealt a huge blow to the airline industry.

“I was looking at it from a safety net perspective,” he said. “What control do I have in this situation, and how am I going to make this the best opportunity for myself?”

Across the country, airline workers like Mr. Littles have wrestled with similar decisions because of a substantial decline in travel and the growing fear that many passengers may not return for years. Congress threw the industry a lifeline in March by offering airlines $25 billion as long as they refrained from major job cuts.

That requirement expires on Thursday, and airlines have warned that unless lawmakers extend that program, they will furlough tens of thousands of workers. To limit the number of layoffs, airlines have asked employees to voluntarily accept pay cuts, extended leaves, buyouts or early retirement. Tens of thousands have signed up.

Southwest Airlines has said so many employees have volunteered for such programs that it won’t furlough workers through the end of this year. Delta is also largely avoiding furloughs for now, though it might reduce its staff in some professions, including pilots.

Mr. Littles said that his decision to leave Delta hadn’t been easy, but that he and his family had gone through a similar transition a decade earlier. During the last recession, his parents could no longer afford to keep their three sons and his mother in college. Mr. Littles volunteered to drop out. He moved home and worked a series of jobs. A stint loading bags onto planes at the local airport turned into a job at the ticket counter. That led to a job as a flight attendant.

Mr. Littles, who had never been east of Little Rock, Ark., started in 2014 and moved to New York City. He discovered and fell in love with Bozeman, Mont., and visited Dublin; Bogotá, Colombia; and Accra, Ghana.

“These last six years felt like the best college course or life experience I could ever have,” he said. “You feel like you get this back door to the real world.”

After getting sick this year from what he now assumes was the coronavirus, Mr. Littles signed up for temporary leave in March. That prompted him to think more carefully about his future. Flight attendants at Delta are not unionized, so what were the odds that he, with relatively little seniority, would survive a furlough? Was it time to move on?

The volume of exports going through British ports to the EU fell by 68% last month compared with January last year, according to research. The Road Haulage Association’s chief executive Richard Burnett told The Observer that the organisation had also found 65-75% of vehicles arriving from the EU were returning to the bloc empty. This […]

Online retail giant Amazon has said it will create a further 7,000 UK jobs this year to meet growing demand. Amazon said it had already added 3,000 roles so far in 2020, and so by the end of the year it will have created a total of 10,000 new jobs. This will take its total […]

SINGAPORE – Apparel and fashion brand Pomelo has launched a brand services and solutions platform to help other businesses in the industry scale their operations quickly. Called Prism, the platform will provide fashion brands with support in areas such as managing logistics and marketing needs, Thailand-headquartered Pomelo said on Thursday (June 24). The platform is […]