The rolling back of restrictions is set to offer UK beef farmers a boost of up to £66million.

Ms Truss said today’s despatch was merely the “tip of the iceberg” as she predicted increasing post-Brexit opportunities for the agricultural sector.

She said: “This is a historic moment for British farming.

“For too long our brilliant beef has been shut out of the world’s largest consumer market. 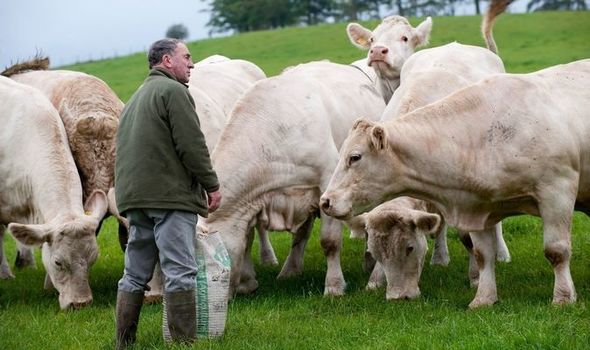 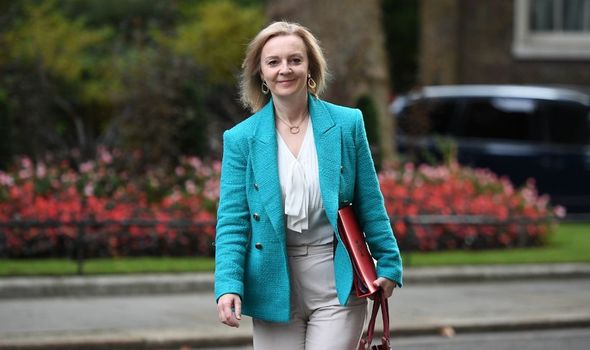 “This could be just the tip of the iceberg.”

And touching on the prospect of a much-anticipated trans-Atlantic trade deal, she said the UK’s food standards would not be compromised.

She added: “The free trade deal we are negotiating with the US will create a host of export opportunities for British agriculture.

“We are seeking an ambitious and high-standards agreement that benefits farmers and delivers for consumers.” 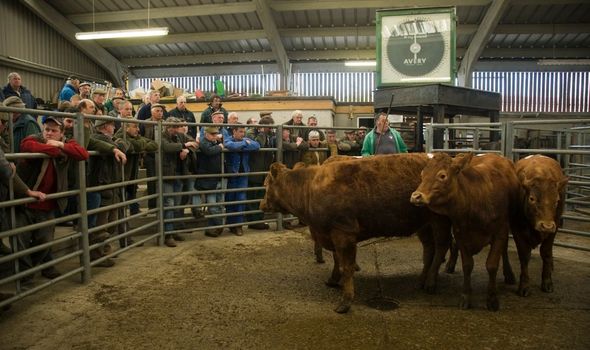 In March some UK beef was cleared for export to the US after inspections last year.

Product from Foyle Food Group, a slaughterhouse County Derry, was the first to be shipped.

The announcement was welcomed by the Agriculture and Horticulture Development Board, a body funded by farmers and the supply chain. 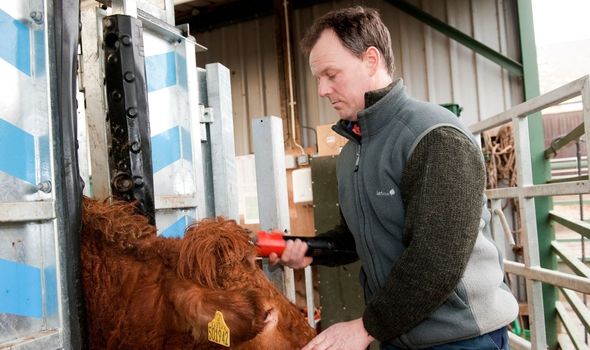 The group said it would offer farmers a “fantastic boost”.

Dr Phil Hadley, a director at the board, said: “The US represents an important potential market for our red meat exports and today’s first shipment is the result of the hard work and persistence of industry and government to bring about this crucial next step.

“This important milestone will bring a fantastic boost to the sector and we look forward to seeing more of our red meat served up on dinner tables across the US in the months and years to come.”

Talk of a post-Brexit UK-US trade deal continued this week as the US special envoy to Northern Ireland warned a trade deal would be in doubt if there was a return to a hard border in Ireland.

Mick Mulvaney said that was the view of the entire federal government.

Speaking as he touched down in Dublin on Monday, he said members of Congress were correct to have written to Boris Johnson to advise him that Congress would not support any trade pact that “failed to preserve the gains of the Good Friday Agreement and broader peace process”. 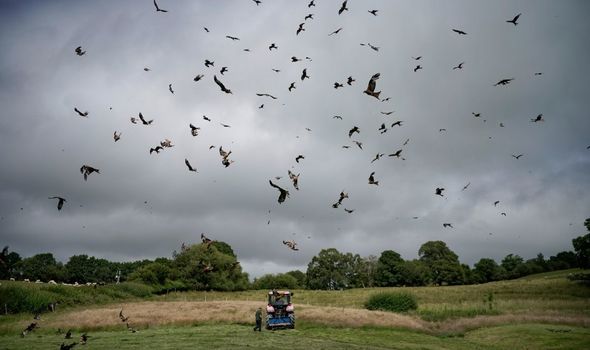 Mr Mulvaney said: “”Their attitude is ‘look the British need to know that if a border goes up, then all deals are off’.

“I think that’s the accurate position of the entire federal government.”

He vowed Washington would “protect and defend” the 1998 Good Friday Agreement.

WASHINGTON (Reuters) – Democrats and a leading Republican hawk on Tuesday called for U.S. President Donald Trump to consider imposing new economic sanctions on Russia if a reported Russian effort to pay the Taliban to kill U.S. soldiers in Afghanistan was confirmed. Trump has been under pressure over a New York Times report on Friday […]

ORLANDO, Fla. (AP) — Taking the stage for the first time since leaving office, former President Donald Trump on Sunday called for Republican Party unity, even as he exacerbated intraparty divisions and trumpeted lies about the election in a speech that made clear he intends to remain a dominant political force. Speaking at the Conservative […]

Really!? Nicola Sturgeon accused of walking out of Boris call for TV briefing

Bexley by-election results in full: What the results mean for Labour and the Conservatives

S&P, Fitch lower outlook on Bombardier to negative from stable

This is another News Portal > World News > S&P, Fitch lower outlook on Bombardier to negative from stable