BBC Weather meteorologist Carol Kirkwood warned the UK is in for a rather unsettled week as two weather fronts are forecast to clash into each other over the country. Ms Kirkwood noted cooler temperatures will remain in charge for most of the week, with outbursts of rain expected to target some western areas before moving eastwards towards the end of the week. The BBC forecaster said: “It is a chilly part of the day. In parts of the West Midlands, temperatures have fallen below freezing and the forecast for this week remains rather cool.

“But by the middle of the week, it’s going to be unsettled, with some heavy rain coming our way and then, Friday into the weekend is looking like there’s a potential for some stormy conditions. A deep area of low-pressure is coming our way.

“We’ve got two fronts, the first one has already been bringing us some rain into western areas across Northern Ireland and also northern Scotland. But a ridge of high pressure is also trying to build in so that will settle things down.

“That cloud in the east will slowly continue to drift eastwards through the course of the day, allowing more sunshine to develop and the cloud and the rain in the west and Northern Ireland drifting into Wales and the southwest will be moving to the east.” 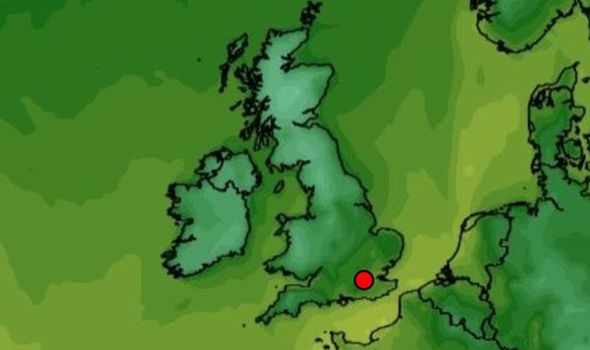 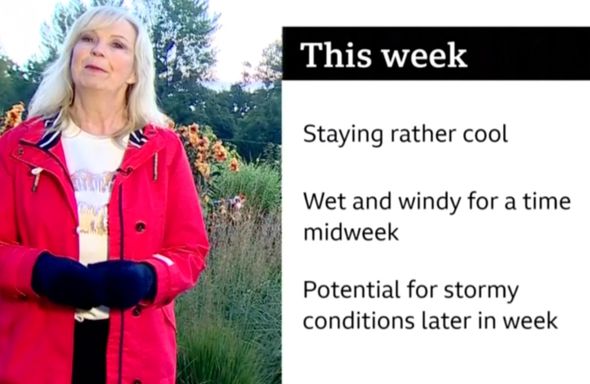 She added: “Temperatures today ranging from about 12C in the north to 19C as we pull down towards the London area.”

Eastern England will slowly begin to experience bursts of light rain as the water-heavy front slowly makes its way from western regions.

Ms Kirkwood continued: “Through this evening and overnight, our band of cloud and rain continues to move eastwards but it’s a weakening feature.

“It will be bringing in some patchy light rain getting into eastern England, eastern Scotland and parts of the southeast. 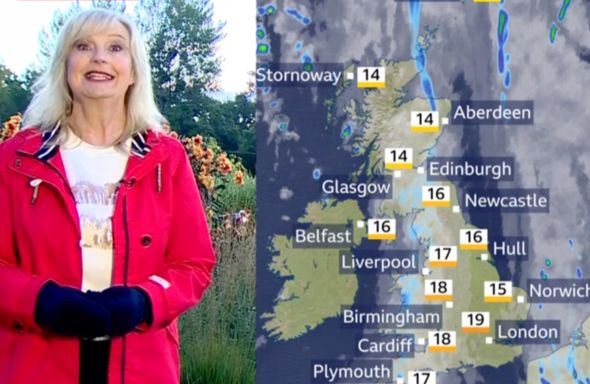 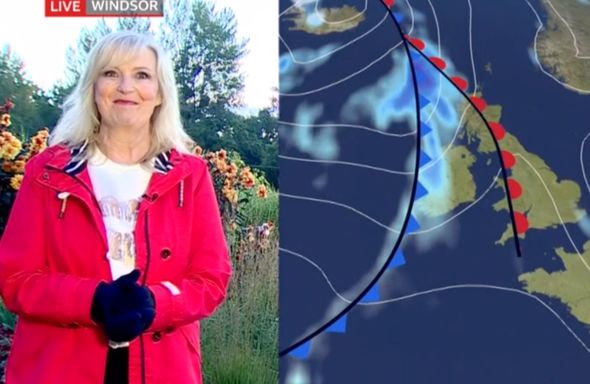 “Behind that, there’ll be some clearer skies so it’s going to be a cold night, widely a temperature range of 5C but 11C in Plymouth, 13C in London so a little but milder here.”

A couple more showers are set to develop across the northwest of Scotland and Northern Ireland through Tuesday but most of the rainfall from Tuesday will be focussed on the east.

The BBC Weather meteorologist said: “Tomorrow we start off with the cloud and some drizzly bits and pieces in some eastern areas that, eventually, move away.

“Then for many of us it’s going to be a dry day with some sunny spells. But still one or two showers across northwestern Scotland into Northern Ireland. 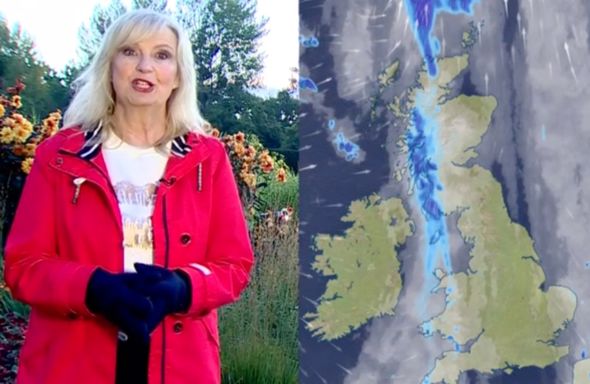 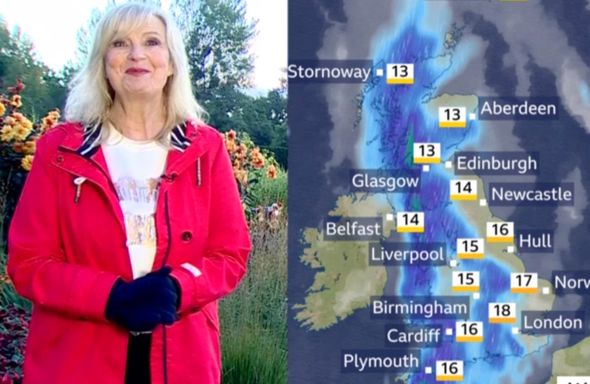 “We could catch the rogue one in England and Wales but temperatures again will be in the high teens at best.”

From Wednesday, weather conditions are forecast to become even more unsettled as rainfalls will develop into heavier downpours across most of the country.

Ms Kirkwood added: “Wednesday it’s a different story. We’ve got heavy and persistent rain streaming in from the west.

“It’s going to be pushing eastwards through the course of the day and it turns unsettled by the end of the week.”

BRUSSELS (Reuters) – European Commission President Ursula von der Leyen said on Thursday the next seven-year EU budget linked to a recovery fund was the only way to steer the bloc out of the COVID-19 crisis and that its size had to increase. “We need to increase its firepower to be able to generate the […]

We use your sign-up to provide content in ways you’ve consented to and to improve our understanding of you. This may include adverts from us and 3rd parties based on our understanding. You can unsubscribe at any time. More info High pressure, which would drive hotter conditions, is currently favourite, although this week will be […]

China vs Taiwan: Officials to meet at top security conference – will Beijing invade?