Angus MacNeil accused Sir Ed of “gob-smacking imperialism” after the Lib Dem leader said the SNP would need the backing of Westminster for a fresh referendum. The SNP MP tweeted: “This is astonishing gob smacking imperialism ..very minor party Lib Dem MP from England thinks he can dictate what can be a mandate in Scotland. Is he off his head??”

He took to Twitter and fumed: “The (Un)Liberal Democrats at it again.

“They may have stood opposing #indyref2, but they only returned checks notes 4 Scottish MPs, with their leader being given the boot in the process. 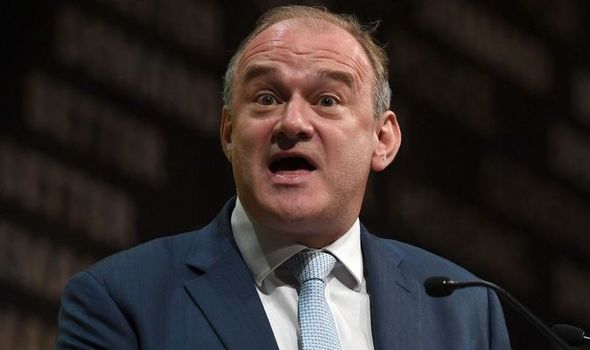 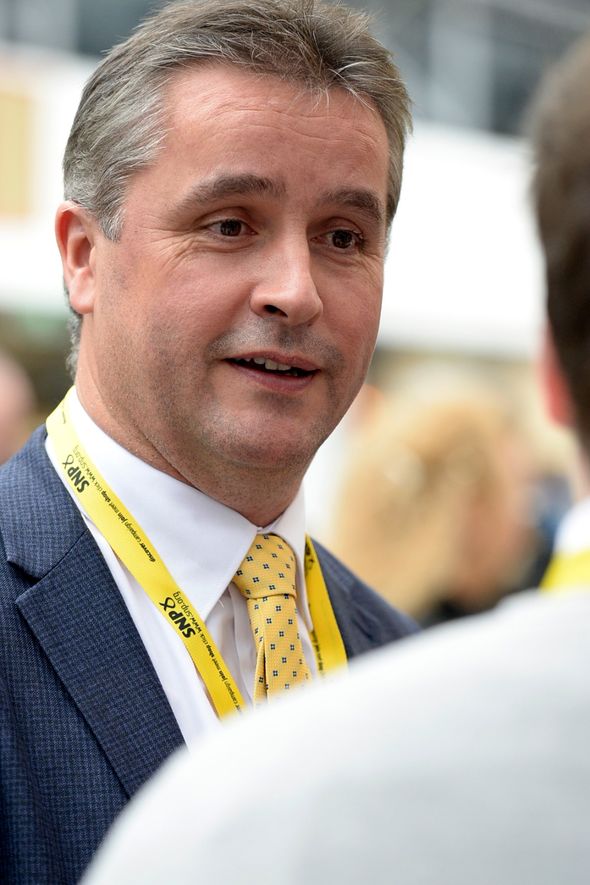 During an interview with ITV, Sir Ed was asked if he would accept an SNP majority at the 2021 Holyrood election as a mandate for a new referendum on Scottish independence.

The Lib Dem leader said: “I don’t accept that because they need to make sure that they’ve got the votes in the House of Commons.

“I was elected to this House on a mandate to oppose a second referendum.”

Pressed on whether Westminster should “ignore the will of the Scottish people”, he added: “To get that mandate you need to persuade people at Westminster and at Holyrood.” 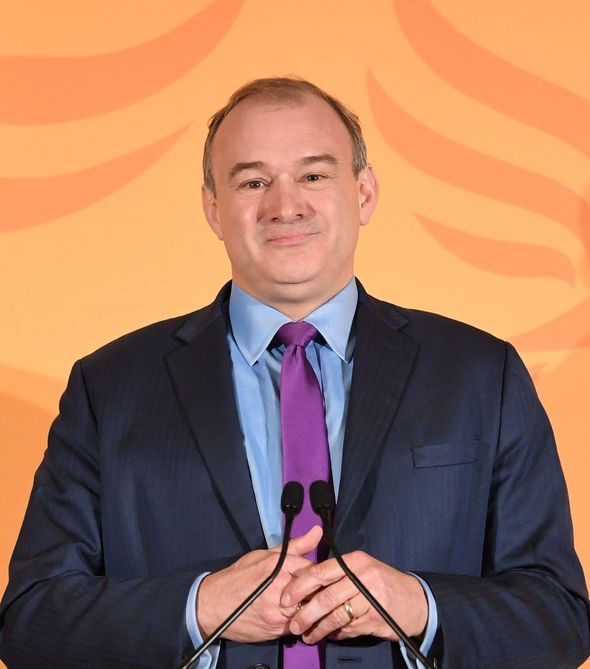 This comes as a series of polls have found a majority of Scots now want independence.

The latest survey, by Survation, showed 53 percent of people backed independence, with 47 percent against.

In August, a poll by Panelbase found support at 55 percent.

Scots voted against becoming an independent country by 55 percent to 45 percent in 2014, in what was billed as a “once in a generation” vote. 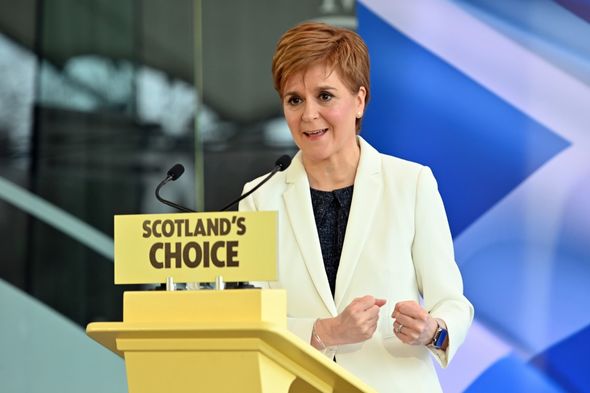 But the First Minister is now making a second bid for Scottish independence.

A poll earlier this month by the pro-UK campaign group Scotland in Union found 63 percent do not think an independence referendum should be a priority for the Scottish Government.

Of 1,008 Scots questioned by Survation, just 28 percent said another independence vote should be a priority.

Scotland in Union chief executive Pamela Nash said: “This poll shows that the SNP has the wrong priorities.

“Rather than obsessing about a divisive second independence referendum, most people in Scotland want their Government to focus on what really matters: our NHS, jobs and schools.

“When barely a quarter of people in Scotland believe another referendum is a priority, it’s time for Nicola Sturgeon to start listening. Even her own supporters are clear that she has her priorities skewed.

“We are stronger together as part of the UK, and as we recover from Covid-19 the Scottish Government has a duty to focus on bringing people together.”

Vice President Mike Pence will attend President-elect Joseph R. Biden Jr.’s inauguration on Jan. 20, an aide to the vice president said on Saturday, a split with President Trump’s decision not to go. The adviser revealed the decision four days after Mr. Pence hunkered for cover at the Capitol complex as a mob of Trump […]

On Monday, Trump Updated the Nation on Virus Strategy. By Friday, He Tested Positive.

WASHINGTON — On Monday, President Trump updated the nation on the administration’s coronavirus testing strategy and announced a plan to distribute 150 million rapid tests. By early Friday morning, he had the virus himself. On the days in between, Mr. Trump interacted with scores of staff members, donors and supporters. Even the woman he has […]

We will use your email address only for sending you newsletters. Please see our Privacy Notice for details of your data protection rights. Cabinet Office minister Michael Gove said the Government is “committed” to negotiating a new free trade agreement (FTA) with the EU before the end of the year, but insisted “things will change” […]