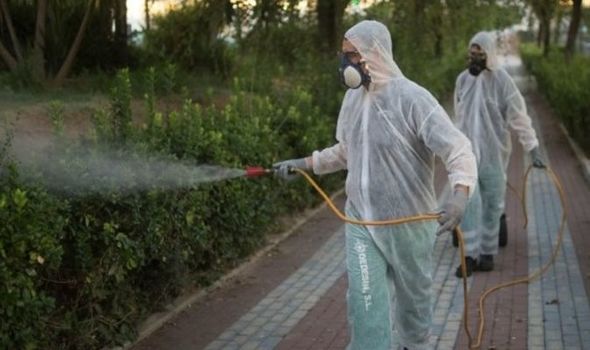 The latest victim who died in hospital was a 72-year-old man who lived in Cadiz, the most recent area to suffer an outbreak. Two other people have died in the region – a man aged 59 who is the youngest victim so far and an 87-year-old woman. It brings the total number of cases to 55 in Andalusia as a whole. Of these, 31 have been confirmed as Nile fever which can produce horrendous symptoms and is likened meningitis. Confirmation tests are awaited on the others.

The outbreak started in mid-August in the riverside towns of Coria del Río and La Puebla del Río and then spread to parts of Seville city 25 miles away. It then jumped another 65 miles to the coastal resort of Cadiz. Surveys are being carried out in Cadiz to see which areas have been hit.

Health chiefs say it is one of the country’s worst outbreaks of Nile fever and drones have taken to the air to disinfect regions where the transmitting mosquito is breeding. Animals have also been affected, including birds and horses. Two birds are reported to have died in zoological gardens in Cadiz whilst the infected horses are in the same region.

The regional government of Andalusia is spending nearly £100,000 on preventative measures.

An army of tractors has already been treating the riverside towns of Coria del Río and La Puebla del Río.

The outbreak has been described as “an extraordinary situation” and there are real fears it could spread to yet more parts of Spain and even to the holiday islands. 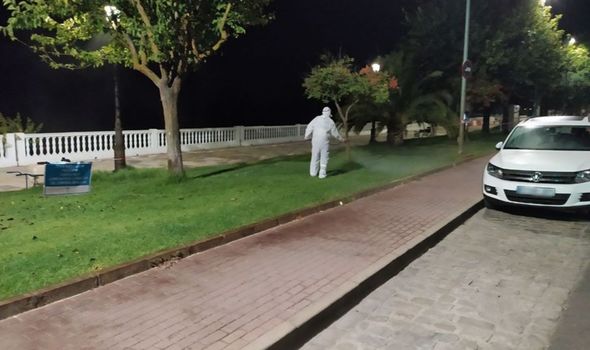 The action plan is to be repeated each year in a bid to stop further outbreaks amid allegations that the municipalities should have been properly warned about the dangers of Nile fever which produces meningitis in its most severe form.

The three other people who have died come from Coria del Río and La Puebla del Río and were aged in their 70s and 80s.

In Coria del Río and La Puebla del Río, there has been massive defumigation of sports facilities, roads, squares, parks and river beds, with residents being urged to take all health precautions, including staying indoors between dusk and dawn, using insect repellant and mosquito nets, turning off lights and keeping all their homes clean, including swimming pools.

Nile virus is generally transmitted by mosquitoes that bite birds, which carry the virus and deposit it in both humans and horses. A significant number of people do not have symptoms but it can lead to serious health problems and death. A number of horses in the area have been tested positive for Nile fever. 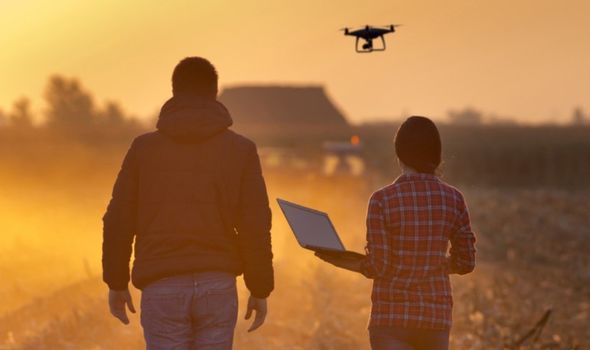 According to data provided by the WHO, 20 percent of those who become infected suffer symptoms such as fever, headache, fatigue, body pain, nausea and to a lesser extent, skin rashes or enlarged lymph nodes.

In its worst version, it can cause a neuroinvasive disease such as encephalitis, meninigitis or poliomyelitis.

WHO assures that it occurs only in one of every 150 cases and that it can happen in people of any age although those over 50 years of age and people with immune problems are at higher risk. 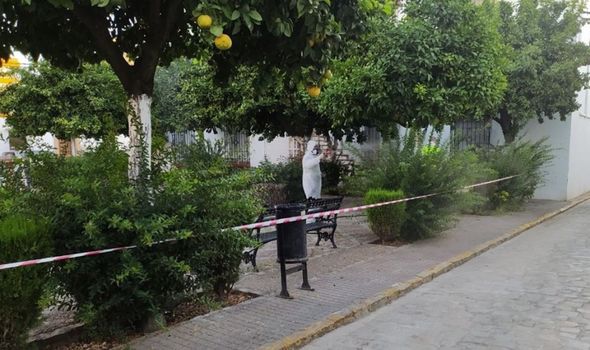 This outbreak of the Nile virus is the largest that has been recorded in Andalusia and is attributed to the 30 percent increase in mosquitoes in the wetlands of the Doñana National Park and the Guadalquivir river.

Andalusia’s government says it is doing all it can to contain further spreads and will be working for the rest of the year on treatments, People’s health, said a spokesman, was their main priority.

The drones are being used to spray the areas where the mosquitos have been detected and to kill their eggs.

By William Schomberg and David Milliken LONDON (Reuters) – British job growth was the strongest in nearly a year in the three months to November, according to data that could weaken the case for an interest rate cut by the Bank of England next week. Signs of weakness in job creation prompted two BoE rate-setters […]

By Sankalp Phartiyal and Aditya Kalra NEW DELHI (Reuters) – Amazon.com Inc CEO Jeff Bezos said his company will invest $1 billion to bring small businesses online in India, reaching out to some of his fiercest critics in a goodwill visit that saw him donning traditional Indian attire and fly a kite with children. Amazon […]

PARIS (Reuters) – Renault <RENA.PA> Chairman Jean-Dominique Senard said Wednesday he hoped the decision on the French carmaker’s new CEO would be made in “the coming days”. In an interview with French radio BFM Business, Senard also reiterated there was “no stress” concerning the CEO issue. (Reporting by Sudip Kar-Gupta; writing Benoit Van Overstraeten; editing by […]