Former flight attendant Grace Fletcher says she and some former colleagues would do anything to get back into aviation.

She loves her current job, helping vulnerable children in the prison service, but would also do anything to “reverse the clock,” she says, to the 27 years she spent working at Thomas Cook.

“It was very sad when everything went down. We were like a family, our Birmingham crew, and I found it really difficult in the last year without them,” says Grace.

The last hours of working for the company were tough.

Cabin crew on the last flights were searched and escorted out “like criminals,” she says.

“It all had been so terrific, until that moment,” says Grace. “I found I had no job after 27 years by switching on my phone and seeing headlines.”

She and her former flight crew colleagues have watched the relaunch of Thomas Cook with great interest and were sad to learn there would be no planes and no flight staff. 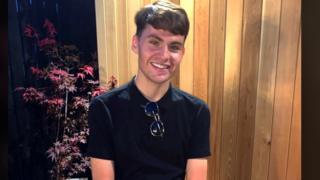 Scott Robson worked as a holiday rep in Salou and Benidorm.

He says: “It’s really nice to know the Thomas Cook brand and legacy will be carried on into the future.

“It is sad to know that myself and my other colleagues that fought so hard to keep the company going won’t be part of this relaunch, but I understand it won’t or wouldn’t be the same.

He says it did “slightly anger” him that the relaunch is so close to the anniversary of the collapse.

“I still get upset over the events of just under a year ago. I’m sure a lot of my other colleagues do to,” Scott says.

However, he wishes the new firm “all the success in the world and I do hope one day I may be able to work for the company again.”

Ross Milne, who worked for Thomas Cook for 12 years, says he’s “very annoyed” that Thomas Cook is being relaunched, “especially so close to it being one year after the collapse”.

“[I] don’t want to support the company, and will be using others to book holidays,” he says.

She says: “Although it was a great shock and devastation to everyone at the airline when the Thomas Cook group collapsed, and took the highly profitable airline with it, I know Thomas Cook Airlines would have their workforce back in heartbeat in just about every area of the company.

“They were great to work for, to travel with and they were such a loved British Institution.

“It wasn’t fair or right what happened, so many people were badly affected, let down or inconvenienced.

“But if Thomas Cook slowly and surely could rise again, adapt, change and grow into the new circumstances we find ourselves in, I know that this hard time would have been a glitch, a hiccough in the astonishing 178-year legacy that many would be delighted to see continue.

“My uniform could be ironed and on in a couple of hours, as would that of thousands of my former colleagues. I wish Fosun well.”

She says: “For me, I think it’s amazing that it’s relaunching and there’ll be a creation of more jobs from a UK perspective, however I can’t help but feel the name and brand are a little tarnished.

“I’ve seen comments from the general public around ‘I won’t be booking with them, they owe me a holiday from when they collapsed’.

“[It’s] sad that the launch is so close to the anniversary, but it is what it is. I wish the business well.”

Bookings for the new version of Thomas Cook will be online only without aircraft, hotels or shops.

Wholly owned by China’s Fosun Tourism Group, the company is licensed by the CAA and is Atol-protected.

The company collapsed last September under £1.7bn of debt, and more than 150,000 stranded holidaymakers had to be brought home.

The new business model will be built on commissions collected from flight, hotel and hire car transactions.

Half of the staff will be former Thomas Cook employees that have been re-hired by Fosun.

That includes many of the senior team, and technical and customer support.

Staff are currently working from home. The company had hired an office space, but has found that as an online company launching in the midst of the coronavirus pandemic, home working proved a better option.

The travel and tourism industry has been hit hard by a coronavirus collapse in trade.

Britain’s Hays Travel, which bought the bulk of Thomas Cook’s High Street outlets and took on many ex-staff, is cutting almost 900 jobs.

And Tui, Thomas Cook’s biggest rival before the collapse, received €1.2bn (£1bn) in aid from the German government.

When Jeff Zepp, owner of American 3D Printing in Evergreen, received his loan under the Paycheck Protection Program this spring, his first reaction was, “Is that all they gave me?” followed by, “Why did I bother?” “It was a slap in the face. Why did I go through all the hoops,” he remembers asking himself […]

Into the ‘Thielverse’: Tech billionaire’s influence has global ramifications

American tech billionaire and NZ citizen Peter Thiel is not just an eccentric oddball, according to a new book. His influence has global ramifications. By Peter Griffin. As the first wave of the pandemic swept the United States last year, the country’s billionaire doomsday preppers were expected to put their plans into action. Peter Thiel, […]

WASHINGTON (Reuters) – U.S. Treasury Secretary Steven Mnuchin said on Wednesday that the U.S. economy has already begun to rebound from the coronavirus pandemic and would “improve dramatically” in the third and fourth quarters. Mnuchin, who appears before the U.S. Senate Small Business Committee to review the progress of federal coronavirus rescue loan programs, said […]

Income funds sift for survivors as coronavirus cuts into dividends