Shocking footage shows parts of Paris in flames as riot police use force to disperse the large crowds in the French Capital. French Police fired tear gas along the Avenue de Wagram near the centre of Paris and made more than 200 arrests during the disturbances.

Several hundred demonstrators had gathered at two squares in the Paris, but officials say one group left the designated route.

Disturbing pictures show a black BMW car on fire, streets barricaded and a green wheelie bin ablaze, near the Champs-Elysees.

Police, who continued to fire tear gas into the mid-afternoon to break up small groups of protesters, said they had arrested 222 people by 1.45pm (GMT). 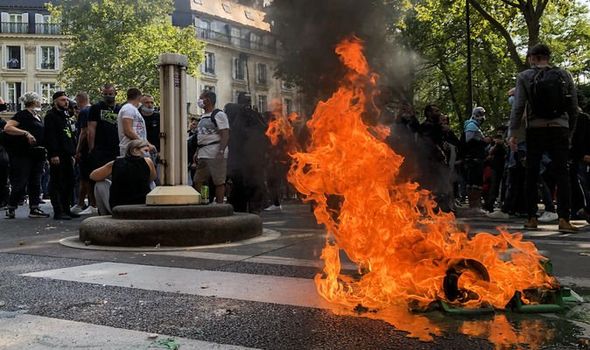 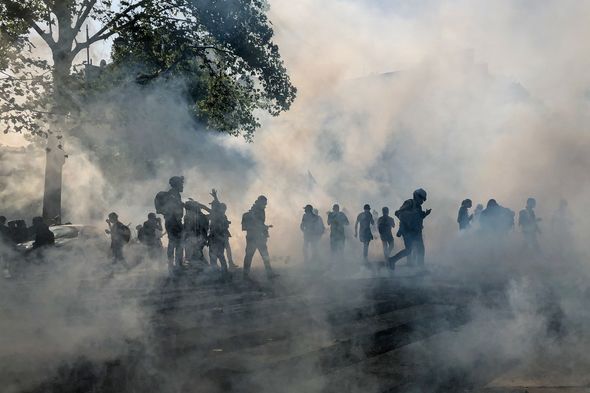 Many were arrested for carrying items like tools that could be used as weapons.

The French authorities had banned protests in a central zone including the Champs-Elysees – the scene of rioting at the height of the yellow vest movement nearly two years ago.

The riots were triggered in 2018 following a dispute over French President Emmanuel Macron’s controversial plans to increase fuel taxes. 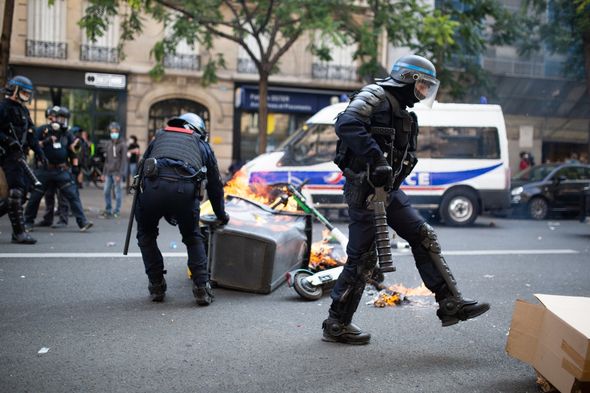 The dispute resulted in widespread protests across the country which lasted for 70 consecutive Saturdays.

The last gathering took place on March 14 – three days before France went into a nationwide lockdown.

The resurgence of high-visibility jacket protests comes as France desperately battles with a worrying surge in coronavirus cases.

On Thursday, France recorded its highest ever daily number of new infections with almost 10,000 coronavirus cases. 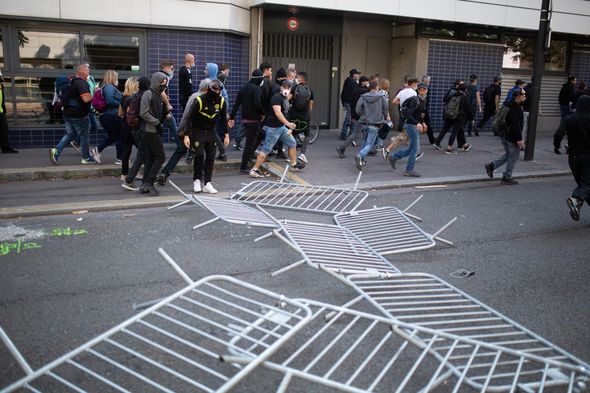 French Prime Minister Jean Castex said the Government is not planning a new nationwide lockdown despite the surge in cases.

Mr Castex said the rise in infections was particularly worrying in three areas – the cities of Marseille and Bordeaux, and the French Caribbean territory of Guadeloupe. 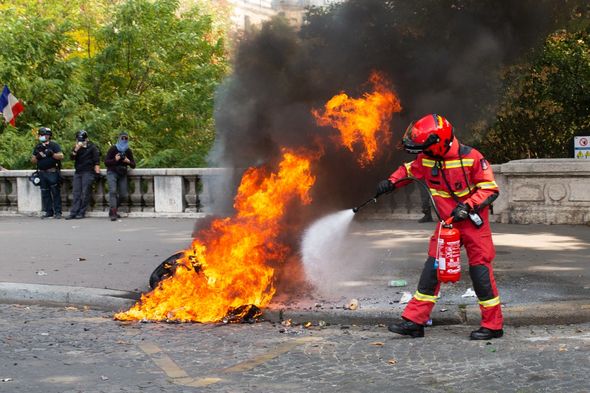 He said: “The virus is with us for several more months and we must manage to live with it without letting ourselves get drawn once again into a narrative of nationwide lockdown.”

The French Prime Minister also urged the public to be more disciplined about social distancing, washing their hands and wearing masks.

He added: “I solemnly appeal today to the sense of responsibility of each one of you.

“The only way we will succeed in stopping this epidemic is if all of us are vigilant and stick together.”

France has the seventh highest coronavirus death toll in the world at 30,893 after a further 80 deaths were recorded on Friday.

Exclusive: India likely to raise import duties on more than 50 items next week

By Aftab Ahmed and Manoj Kumar NEW DELHI (Reuters) – India plans to increase import duties on more than 50 items including electronics, electrical goods, chemicals and handicrafts, targeting about $56 billion worth of imports from China and elsewhere, officials and industry sources said. Finance Minister Nirmala Sitharaman could make the announcement when she presents […]

LONDON, Jan 22 (Reuters) – Britain’s government borrowed less than expected in December but there were signs the economy’s weakness was hurting corporate tax receipts, while a pay rise for health workers pushed up spending. Borrowing excluding public sector-owned banks in December alone fell slightly compared with a year earlier to 4.765 billion pounds, the […]

By John Revill and Silke Koltrowitz ZURICH (Reuters) – The Swiss government and central bank will begin pouring money from Thursday into a slowing economy to prevent it from crumbling under the weight of the coronavirus epidemic. Switzerland, where 103 people have died of the virus and 9,765 are infected, also tightened entry restrictions from […]

Turkey to hold military exercise off Cyprus amid Mediterranean tensions

Republican Resistance Looms in the Senate for Biden’s Nominees