US House Speaker Nancy Pelosi has warned the UK a trade deal between the two nations is out of the question should the British Government override the Brexit withdrawal agreement. This comes as Prime Minister Boris Johnson unveiled plans to override key elements of the Brexit deal with the European Union regarding Northern Ireland.

In a statement on Wednesday Ms Pelosi said: “The Good Friday Agreement is the bedrock of peace in Northern Ireland and an inspiration for the whole world.

“Whatever form it takes, Brexit cannot be allowed to imperil the Good Friday Agreement, including the stability brought by the invisible and frictionless border between the Irish Republic and Northern Ireland.

“The UK must respect the Northern Ireland Protocol as signed with the EU to ensure the free flow of goods across the border.

“If the UK violates that international treaty and Brexit undermines the Good Friday accord, there will be absolutely no chance of a US-UK trade agreement passing the Congress. 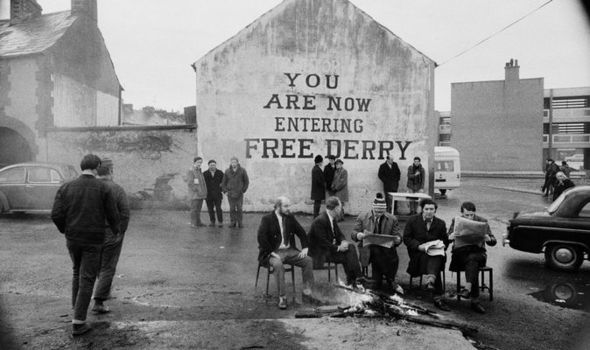 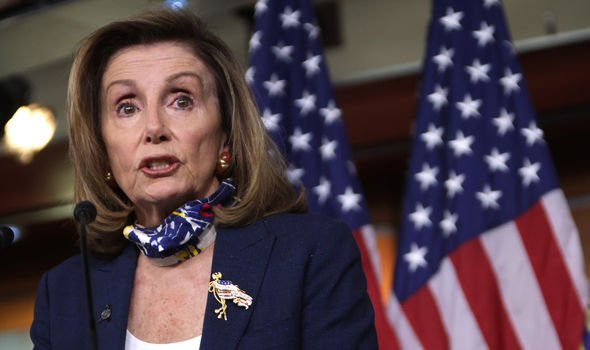 “The Good Friday Agreement is treasured by the American people and will be proudly defended in the United States Congress.”

“And if you look at the Prime Minister’s words yesterday what he actually said was that his job as Prime Minister of the UK is to protect the NI peace process and the Good Friday Agreement and that’s why we’re taking the steps to introduce this safety net.” 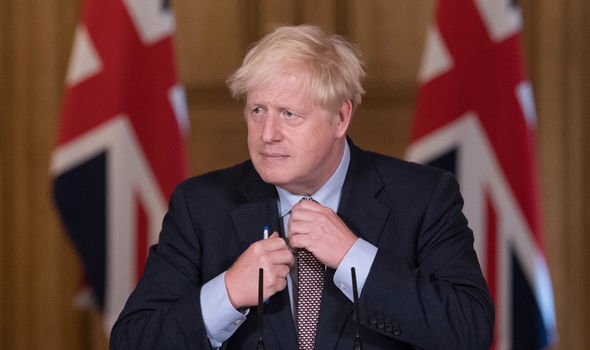 What was the Good Friday Agreement?

The Good Friday Agreement, also known as the Belfast Agreement, was signed on April 10, 1998.

The agreement helped end a period of conflict between two groups – Republicans and Loyalists – in a region called the Troubles in Northern Ireland.

Ahead of the Good Friday Agreement, there was a lot of violence between the two groups.

The conflict dates back to when Northern Ireland became separated from the rest of Ireland in the early 1920s.

In Northern Ireland, Catholics found it hard to get jobs and homes as the government was mainly Unionist.

During the 1960s, the tension between the two sides turned violent and the Troubles started.

British troops were sent to the area, but they came into conflict with Republican armed groups, the largest of which was the Irish Republican Army (IRA).

The IRA targeted the police and soldiers from the British army who patrolled the streets.

However, in 1972, the situation turned from bad to worse when 14 people were killed by British troops during a peaceful civil rights march in Londonderry.

After years of continued conflict, the IRA announced it would stop bombings and shootings in the 1990s.

The withdrawal gave the Loyalists and the Republicans a chance to solve their problems, and they involved other nations to reach a deal. 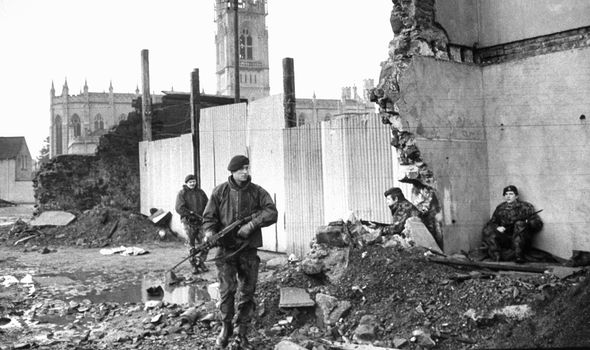 After nearly two years of talks the Good Friday Agreement was signed in 1998.

It was essentially a peace agreement between the British and Irish governments, and most of the political parties in Northern Ireland, on how Northern Ireland should be governed.

The aim was establish a new, devolved government for Northern Ireland in which Unionists and Nationalists would share power.

Called the Northern Ireland Assembly, it would make some decisions that were previously made by the UK government in London.

After a vote in May 1998, the Northern Ireland Assembly took their seats in December that year.

However, after allegations of spying and conflicts between political parties, the Assembly was suspended in 2002.

In 2007, the Assembly was given back power and the British army ended its operations in Northern Ireland.

However, in January 2017, the deal between the main parties in Northern Ireland collapsed – and it has yet to be restored.

Hundreds of thousands of Hongkongers cast ballots in primaries held by the city’s pro-democracy parties in defiance of the new security law. More than 600,000 people out of the 7.5 million-strong population battled temperatures of 33C and a spike in COVID-19 cases to vote in the unofficial two-day primary ahead of upcoming elections, organisers said. […]