WASHINGTON (Reuters) – People flocked to stores – and back to restaurants – over Labor Day weekend in the United States, setting post-pandemic highs for retail foot traffic and seated dining but also posing a puzzle. 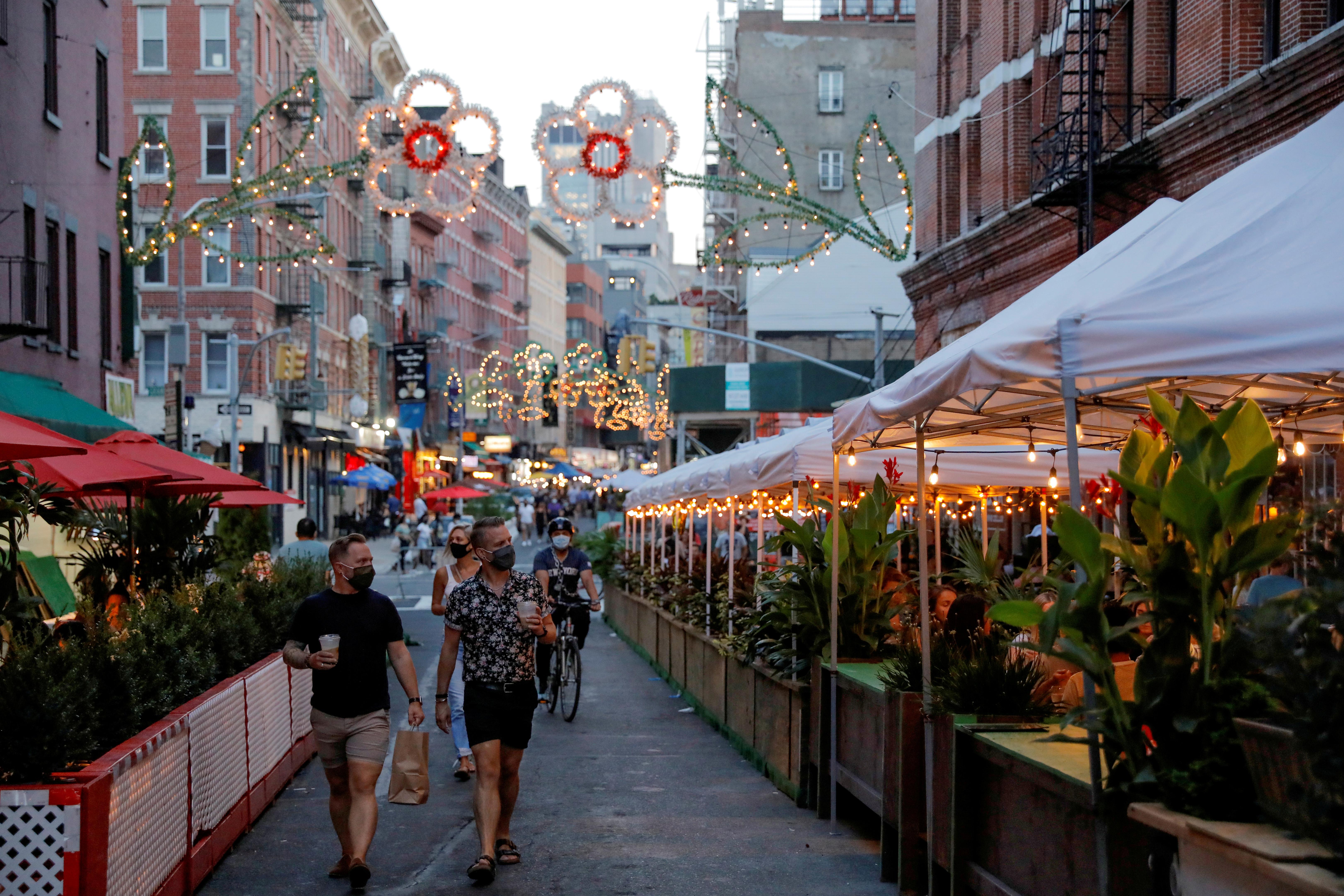 The upturn may be a sign that consumer confidence is returning alongside a fall in new coronavirus infections. Or it could be a one-time bright spot in a slow economic recovery that remains challenged by massive joblessness and a persistent health crisis, one many fear will intensify in coming weeks.

Broad measures of the recovery ticked higher over the last week, gross domestic product estimates kept by the Atlanta and New York Federal Reserve banks have been increasing since mid-summer, and high frequency indicators from private data services have shown steady if sometimes slow progress.

Goldman Sachs economist Jan Hatzius said Sept. 8 he was “upbeat” about the direction of the global economic recovery, and saw annualized third-quarter growth in the United States hitting 35% – far higher than the median of roughly 20% seen by forecasters in a Philadelphia Federal Reserve bank survey in mid-August.

Hatzius noted that even challenged service sector businesses “are adapting to the pandemic via low-cost mitigation measures,” a fact that may have contributed to some signs of progress for the beleaguered restaurant industry.

Data on seated diners provided by restaurant booking site OpenTable here as of Sunday were just 14% below 2019, a level not seen since before a state of emergency was declared March 13 and a wave of mandated closures and social distancing protocols temporarily shut down restaurants and other close-contact industries.

Retail traffic overall has moved back to its March 1 level, according to data on cellphone locations provided by Safegraph here Similar data from Unacast here showed retail traffic had returned to year-ago levels in a pandemic-era record 33 states based on analysis through Saturday.

That momentum, however, may not be translating fully to the job market – a possible sign that the “adaptation” Hatzius highlighted is businesses learning to get by with fewer workers.

Initial jobless claims for the week ending Sept. 5 were unchanged from the week before, at 884,000, and the total number of people claiming some form of unemployment benefit increased by 380,000, to a staggering 29.6 million for the week ended Aug. 22.

The headline unemployment rate has fallen faster than expected to 8.4%, and has been declining more quickly than after the 2007 to 2009 recession. But that overlooks the 3.7 million who have left the labor force altogether since February and so are not counted as unemployed, and hundreds of thousands on “temporary” furloughs that may turn permanent, Jason Furman, former chair of the Council of Economic Advisers and Harvard Kennedy School research associate Wilson Powell, wrote in an analysis for the Peterson Institute for International Economics.

A “realistic” unemployment rate is more likely near 10%, they wrote.

“Labor market problems are very deep…Even if individuals on temporary layoff returned to work very quickly, the United States would still have a recessionary level of unemployment for some time to come,” their analysis says.

Narrower measures of job recovery have been stodgy. Employment over the past week fell at small businesses whose time records are managed by Homebase joinhomebase.com/data, an online scheduling tool, many of them restaurants. New job postings culled from company and other websites by Chmura www.chmuraecon.com/blog Economics also dropped.

Shifts worked at a broad set of industries whose worker time is managed by Kronos here continued a slow weekly pace of growth, stalled below 1% and with only about half of the estimated jobs recovered since massive rounds of layoffs and furloughs in the spring.

More challenging times may lie ahead. The virus has infected 6.3 million and killed more than 190,000 in the United States, according to a Reuters tally here

The growth in new coronavirus cases and deaths has been falling steadily since midsummer, and the improving health outcomes have boosted an Oxford here Economics Recovery index back above 80 for the first time since the state of emergency.

The issue now is whether a new wave of infections is coming, given the combination of Labor Day crowds, infection hot spots at college campuses, and the onset of cooler weather driving people back to less-safe indoor activities.

Budget stresses at state and local governments, and the loss of household income as unemployment benefits expire could both lead to a crash in consumer spending absent further federal aid, many economists fear.

“The economic situation remains worrisome,” Oxford analysts wrote. “With one out of two laid-off workers still unemployed and Congress in deadlock over urgently needed fiscal support, a battered labor market and lackluster demand have brought the speed and durability of the recovery into question.”

SINGAPORE (THE BUSINESS TIMES) – The manager of Lendlease Global Commercial Reit (LReit) said on Tuesday (Nov 3) that the subdued retail sector and leasing demand may potentially depress 313 @ somerset’s rents during lease renewals and when entering into new leases. “Leasing activities are expected to remain soft due to weak demand against Covid-19 […]

This is another News Portal > World News > A C.D.C. official who early on warned that the coronavirus would upend American lives resigns.