The jobless rate for the 19-member euro area continued to rise in July, a month marked by some relaxation of lockdowns and travel restrictions in many EU member states. The COVID-19 pandemic plunged Europe into its deepest recession on record in the first half of the year.

Headlines usually focus on GDP as a measure of the economic impact of COVID but what about jobs?

Spain and Italy were among the country’s hardest hit by the pandemic and have also suffered the highest rises in unemployment.

And with Europe braced for a second wave of infections there are fears that companies which managed to survived the initial impact of the pandemic could struggle to cope with any more financial blows.

More than 15 million people are now unemployed in Europe with millions losing their jobs as a result of the global health crisis. 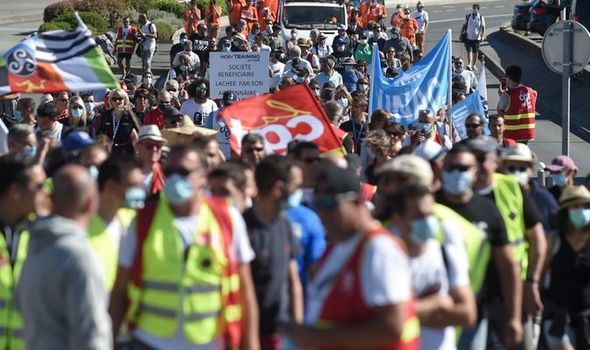 Economist Julian Jessop said: “The headlines usually focus on GDP as a measure of the economic impact of COVID. But what about jobs?

“Euro area employment fell by an average of 2.9 percent in Q2. The corresponding figure for the UK was 0.7 percent and within the EU, only Luxembourg and Malta posted smaller falls.”

Figures from the the EU’s statistics office Eurostat show the seasonally-adjusted unemployment rate in the euro area was 7.9 percent in July, up from 7.7 percent in the previous month. 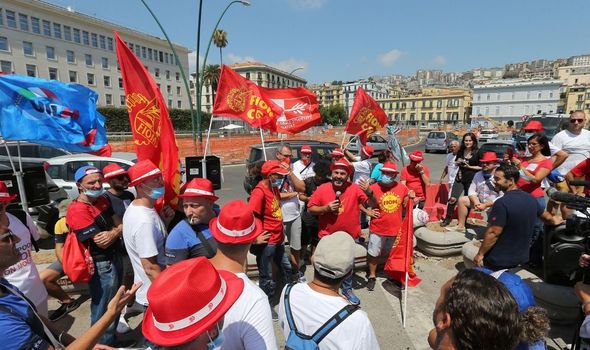 According to the data, 2.9 million of the EU’s 15.2 million unemployed are under 25 with the youth unemployment rate at 17 percent in the EU and 17.3 percent in the eurozone area, up from 16.9 percent and 17.2 percent respectively in June.

Among EU member states, the lowest unemployment rates in July were recorded in the Czech Republic, at 2.7 percent, followed by Poland, at 3.2 percent.

The highest unemployment rates were observed in Spain, at 15.8 percent, followed by Italy, at 9.7 percent.

The coronavirus crisis saw the eurozone economy shrink by a record 11.8 percent in the second quarter, the latest figures show.

The second quarter, which runs from April to the end of June, was marked by the most severe of the lockdowns aimed at containing the spread of the coronavirus across Europe.

The toughest restrictions on gatherings, travel and businesses such as bars and restaurants came in April and have since been gradually eased.

The fall in economic output was the largest since figures started being compiled in 1995.

DON’T MISS
Rishi Sunak launches Kickstart Scheme: When to expect job placements[SPOTLIGHT]
Unemployed grant: How to apply for unemployment grants up to £10k[INSIGHT]
Economy facing a four-year climb back to recovery[ANALYSIS] 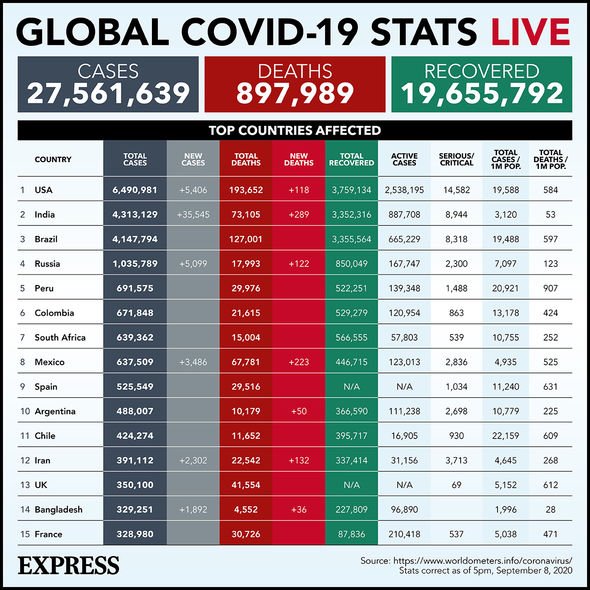 Governments have deployed large-scale tax breaks and payroll support measures that will swell deficits but have helped cushion some of the worst effects of the pandemic but economies are not expected to reach pre-virus levels until 2022 at the earliest.

“The economy could also be back to pre-crisis level before 2022 if the recovery is supported in the right way.

“We’ll also need a considerable amount of additional borrowing in the next year in order to secure all that we have achieved.”

By Brenda Goh SHANGHAI (Reuters) – A Chinese media company said it will lay off 500 employees due to the coronavirus outbreak, the latest among a string of firms to do so in the past two weeks as the epidemic takes a toll on small-to-medium sized businesses. Xinchao Media, which places advertisements in elevators, will […]

LONDON (Reuters) – Britain will have to decide whether banks and asset managers should comply with costly new European Union securities rules that are being delayed from September until after its transition period for leaving the bloc ends, lawmakers were told on Wednesday. After industry lobbying, the bloc’s European Securities and Markets Authority (ESMA) proposed […]

DUBLIN (Reuters) – Ryanair <RYA.I> missed its 2020 target for passenger traffic and expects to book an exceptional charge of around 300 million euros for the year which ended last month, it said on Friday. Europe’s largest budget airline said the impact of the coronavirus meant it was not able to provide guidance for 2021. […]